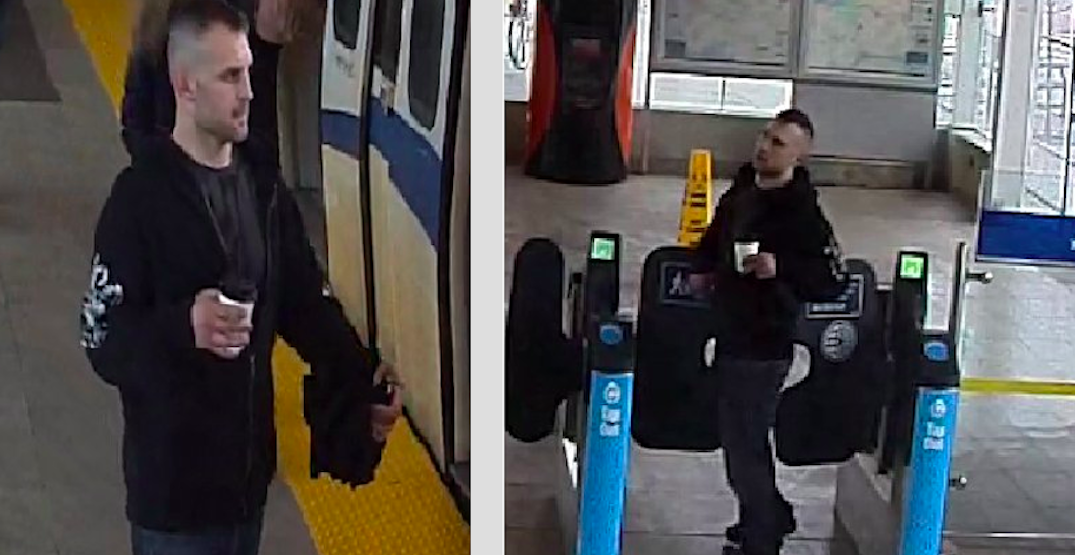 Metro Vancouver Transit Police have identified and arrested a suspect who allegedly threw his coffee on a woman before pushing her to the ground at a SkyTrain station in New Westminster in early April.

The incident took place around 10:45 am on April 6, as the woman was rushing to board a SkyTrain at New Westminster SkyTrain Station before the doors closed.

The man threw his coffee on the woman’s back and, as she turned to face him, pushed her with both hands. She fell backwards, striking her head on the platform.

The incident was captured on security camera and police appealed to the public to help them identify the suspect.

Transit Police say a 27-year-old suspect from Coquitlam, well known to police, has now been arrested.

Transit Police was alerted to the suspect by a member of the public who recognized him from local media coverage.

A charge of assault has been recommended. The suspect’s first court appearance is scheduled for July 11, 2018, in New Westminster Provincial Court.