When Nando Parrado was a teenager, the plane he was travelling in with his elite rugby team crashed head-on into the frozen Andes Mountains at cruising speed. Only 16 of the 45 passengers on board survived.

He recalls three massive impacts – boom, boom, boom – as they hit the mountain at 400 miles an hour and began plummeting downward before coming to a stop in the snow. The plane was nothing more than a heaping pile of twisted metal. Parrado woke from a coma four days later to the news that his sister and mother had not survived the crash.

He didn’t know how long he would have to withstand the freezing conditions, only that every decision from then on would lead to life or death. The remaining group would endure 72 days in the snow-covered mountains, surviving only by eating their dead friends.

Eventually he and another survivor, Roberto Canessa, embarked on a 10-day journey climbing through the mountains to find help. This brave risk is what led to the rescue of the remaining group.

Thirty-four years after the crash, Parrado wrote a book titled ‘Miracle in the Andes.’ In 1993, Ethan Hawke portrayed him in the feature film Alive: Miracle in the Andes. He would go on to become a race car driver, TV personality, business owner and motivational speaker.

Parrado was recently a keynote speaker at the Vancouver Entrepreneurs’ Organization members-only learning event. He shared his powerful lessons on leadership, teamwork, crisis management, family, love and the power of the human spirit.

Starting a business requires perseverance, direction and strong leadership – all skills that Parrado had to use in order to survive those two and a half life-changing months in the longest mountain range in the world.

What was it like the moment the plane was going down?

Scary but fast. You don’t really know that you’re dying.

Do you remember how you felt when you realized what had happened?

My father brought me up in a very pragmatic way and I realized from the first moment I woke up that we were in a very difficult situation. It took me one day to analyze everything and say, “this is it, there is no way out.”

How long after you were rescued did it take to start feeling like yourself again?

Sincerely, that’s something that I cannot [explain]. You feel that you are the same person and yet you’ve gone through something very strange, difficult and personal.

What kind of impact does a plane crash and survival of that magnitude have on someone’s psyche?

There was no way to go back to how I was before because my previous life had ended and didn’t exist anymore. I had a new life. People ask me, ‘what would your life be like if you hadn’t been on that airplane?’ I don’t know. My life is with the airplane crash.

How did the connection happen where you realized you could take that experience and influence others?

I just share things. I understand that had I not gone through that, I would have never achieved what I have. When I was 17, I was asking myself what I was going to do with my life. I did the exam eight times trying to get into university, and I flunked every time. But the “Andes University” is a very strong one, and I passed that. Everything that I have ever achieved afterwards has been easy. There is no way to compare.

How has the experience impacted your own business decisions?

When you have to decide between life and death, there is no coming back from that. I was no longer afraid of doing things because I had already lost everything. People are afraid of losing what they have. They work for 10, 15, 20 years and then they look back and they’re attached to what they have achieved. That’s very human and fantastic, but they are afraid to lose things and make the wrong decision or go the wrong way. I never felt that.

Why do you think people are interested in using your experience to help their own business?

If you want to create something you have to start. I make very fast decisions because the biggest decisions of my life have already been made, like being at 18,000 feet in minus 25 degree temperatures, sitting on a rock wearing a shirt and asking myself, ‘what the hell do I do now?’

Business is making decisions under stress and sometimes people want to compare their business decisions to those I had to make.

Are those some of the lessons you share with others when you speak at events like this?

People can do whatever they want. I don’t have a PowerPoint on how you should live your life. You are the only one who can decide.

How does the power of the human spirit apply to business?

That is very romantic, but at the end of the day, life is what it is and you do whatever you can every single day to get what you want to achieve.

Some people say ‘there is nothing impossible in the world if you put everything you have into it.’ That to me is not true. You fight and you work and sometimes you don’t succeed, but you’re successful because you’re trying.

Some people, they breathe and they don’t even realize they’re breathing. I’m not a guru, but anybody that goes through a heart transplant or is a cancer survivor, they come back from that and they’ve changed the way they think.

One of the most important things is realizing that you’re alive. 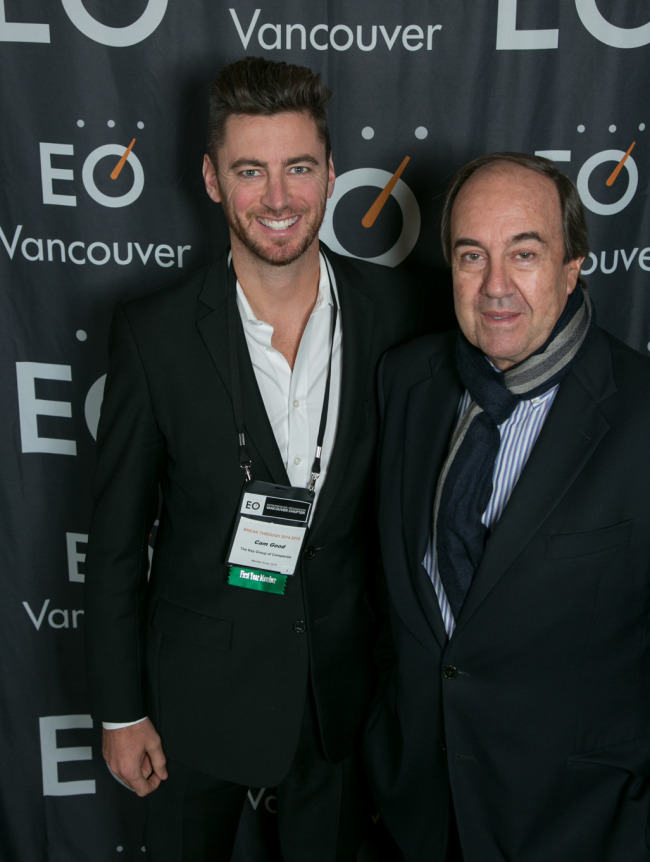