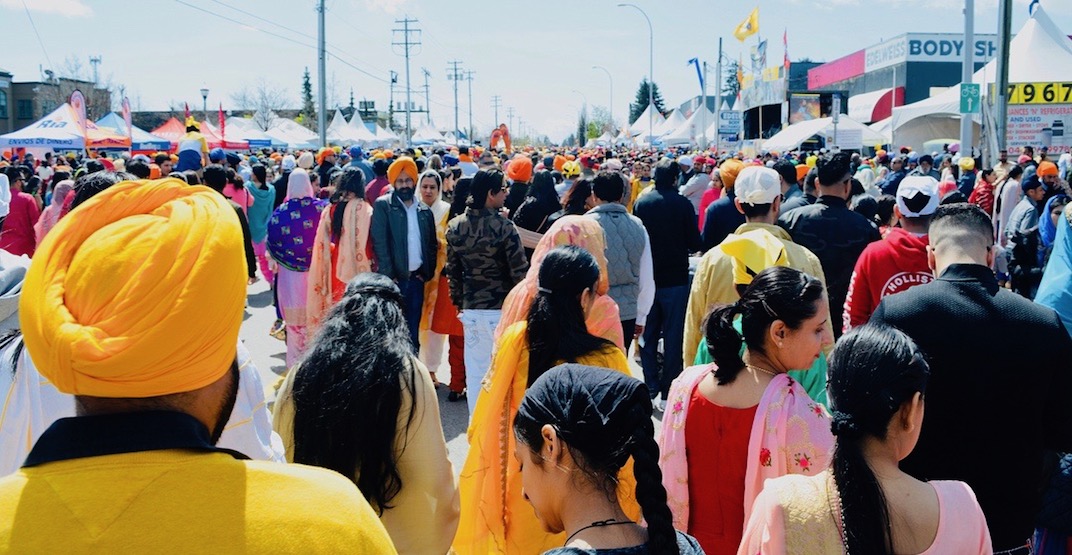 Hundreds of thousands of people were expected to turn out for this year’s colourful Vaisakhi parade, which took place in Surrey on April 21. The final attendance count came to an astonishing 500,000+ people.

This event is one of the largest Vaisakhi celebrations outside of India, typically the Surrey event draws in crowds of over 300,000 people, but this new record turnout made the Surrey Vaisakhi Parade one of the world’s largest.

Check out these photos of the 2018 Surrey Vaisakhi Parade.

A beautiful day to celebrate #Vaisakhi, with thousands of people in #SurreyBC. pic.twitter.com/UbRO7ezM5b

A view of #Vaisakhi from the perspective of #SurreyTMC. We are changing traffic signal green times right now to keep you moving on 88 Ave between King George and 128 Street. #SurreyBC pic.twitter.com/0b4s7stOB6

A wonderful blend of sight and sound at the #SurreyVaisakhi parade. pic.twitter.com/AYlHUxbENO

Happy Vaisakhi! The Surrey RCMP wishes everyone a safe and fun event. pic.twitter.com/ZCQ7Bh1kgE