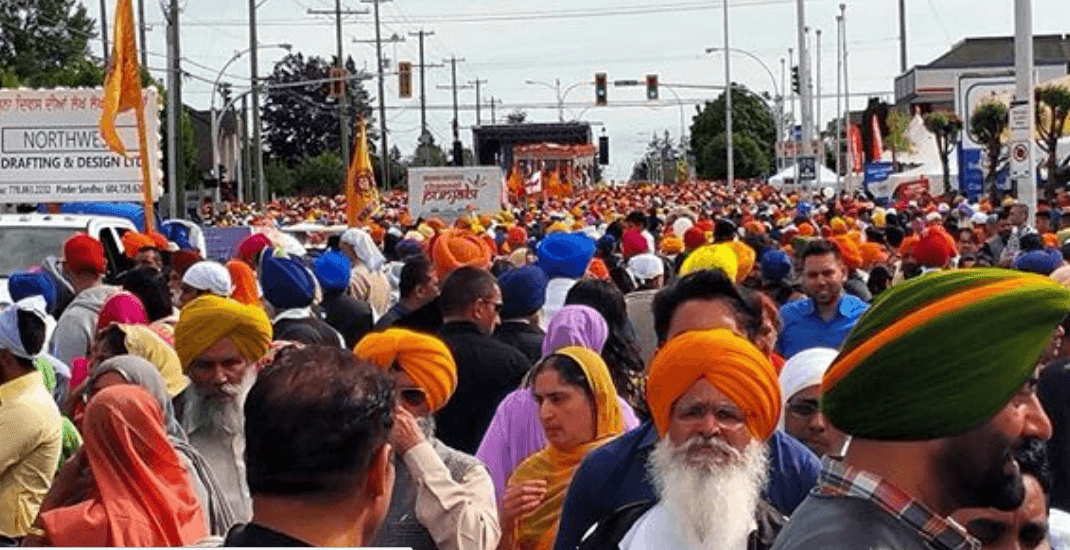 Hundreds of thousands of people are expected to turn out for this year’s colourful Vaisakhi parade, taking place in Surrey.

In the Lower Mainland, there are two Vaisakhi parades every year – one in Vancouver and the other in Surrey. These are some of the largest Vaisakhi events outside of India, with the Surrey event drawing in crowds of over 300,000 people.

The Surrey parade is planned for Saturday, April 21. The parade begins at Gurdwara Dashmesh Darbar Temple (12885 85th Avenue in Surrey) and travels along 124th Street, turns left onto 75th Avenue, continues on 76th Avenue, onto 128th Street, then back to the Temple.