A Surrey businessman has lofty goals to give up to 10 days worth of groceries to 500 Syrian refugees as they arrive in the city.

Founder and president of grocery store chain Fruiticana Tony Singh feels he has a personal connection to refugees. He came to Canada as a new immigrant with his family 40 years ago, when he was a child, and their new neighbours welcomed them with open arms.

“My neighbour who didn’t know us invited us to dinner the next day [after moving in]. We didn’t speak a word of English,” Singh told Vancity Buzz. “That stuck with me the rest of my life.”

“That is what I want to extend to new immigrants coming to Canada.”

Singh and his team of volunteers compile the grocery packages from stocks of food from his various Fruitcana grocery stores. The packages are put together as the families arrive and are catered to each family’s particular dietary needs.

The reaction so far has been amazing, said Singh.

“It’s been very positive. Lots of positive expressions on their faces. They don’t speak English, especially the children – they don’t know what’s going on. So when they receive their grocery package, we put something together for the children as well,” said Singh. 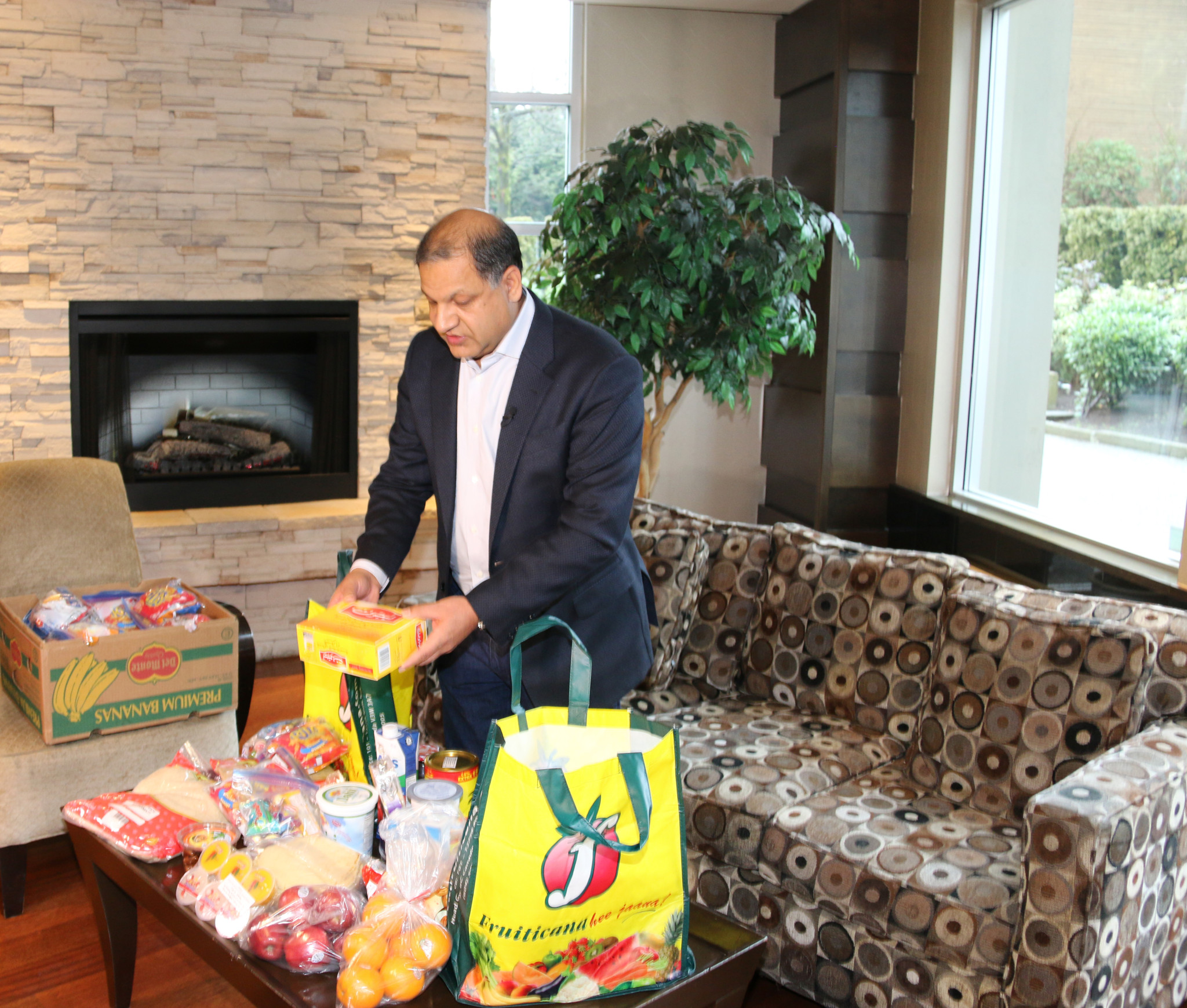 That usually involves treats like chocolate, chips, and candies. He said the smiles on their faces show how excited they are, even if they don’t speak the language.

“That makes a positive first day in Canada, like the positive feeling I had when I first landed here in Canada,” said Singh.

The grocery packages for the families are culturally specific and include items they might find back home such as dates, special oils, lentils, olives, and different kinds of cheeses, as well as typically Canadian foods.

The venture started 10 days ago when the first family arrived in Surrey. Singh said he plans on reaching his goal of feeding 500 to 600 Syrian refugees, no matter how long it takes. 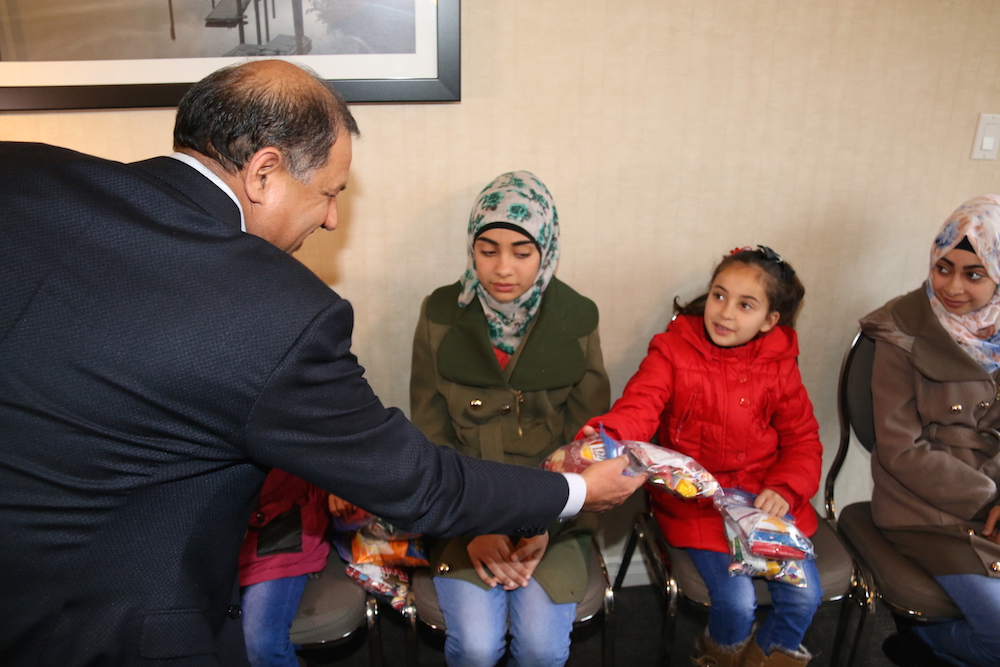