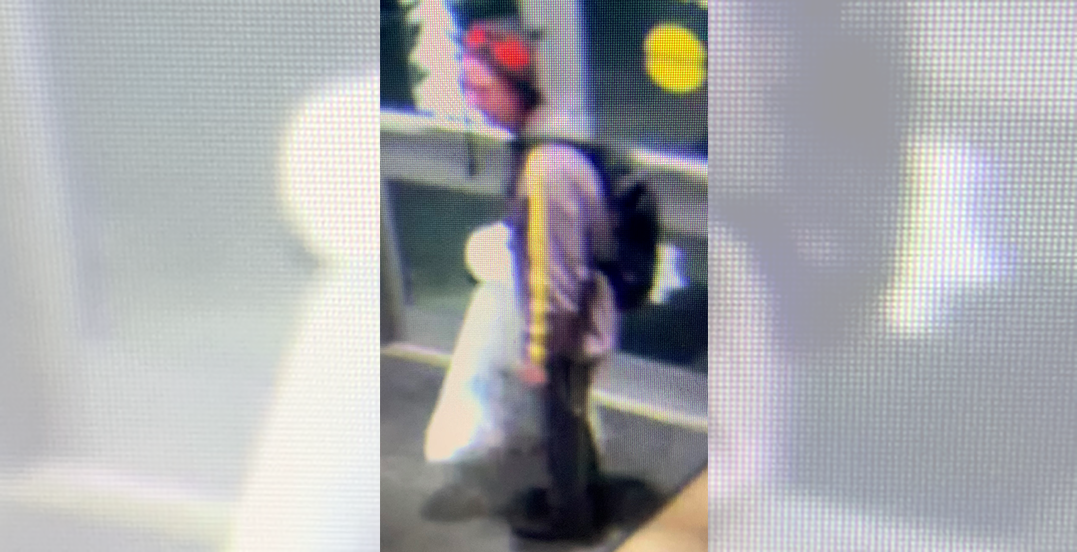 Police are asking for the public’s help in identifying the suspect of an alleged sexual assault that happened in Surrey last December.

According to a statement from the Surrey RCMP, the incident reportedly took place on December 13, 2019.

Police responded to reports of an attempted sexual assault outside of the Guildford Library, during which a man reportedly “attempted to give an unsolicited kiss to a woman.”

Investigators have since received CCTV footage of the suspect and are looking to identify the individual.

The suspect is described as being a Caucasian man between 35 and 40 years old. He has a slim build and is between 5’8″ and 5’10” tall, according to police descriptions. At the time of the incident, he was wearing a red and green toque and a grey jacket with yellow stripes down the sleeves.

Investigators also believe that the man may be homeless.