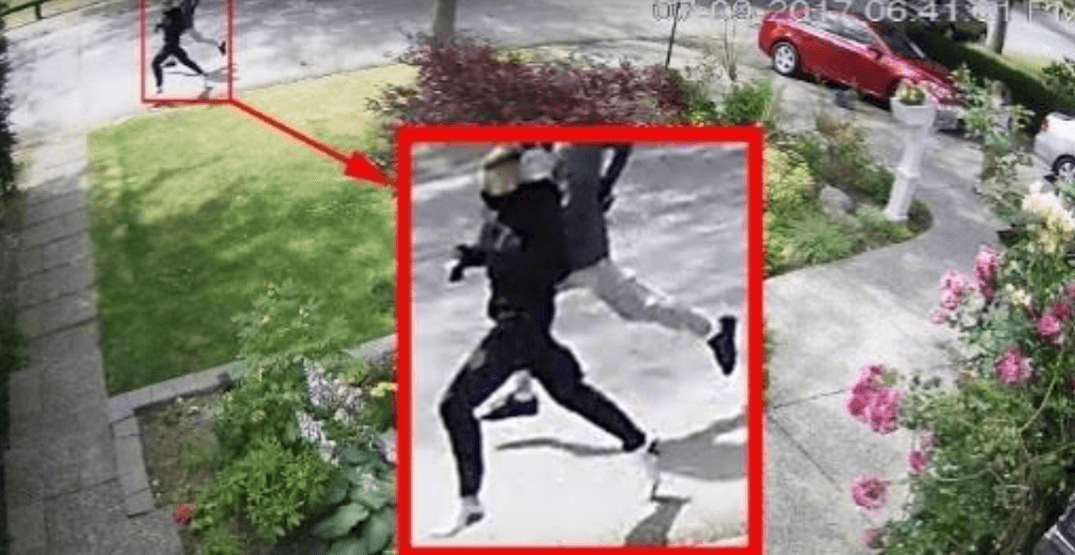 A year after a woman was shot in Surrey, police said on Monday they are once again appealing to the public for any information that could lead to the identification and apprehension of the suspects involved.

According to police, the investigation began on July 9, 2017, when officers were called to the 7700 block of 147A Street, for reports of shots fired “between parties associated to two vehicles.”

Upon their arrival, they found a woman suffering from a gunshot wound.

Although investigators believe this was a targeted shooting, police said it’s their belief that the victim was not the intended target.

Now, a photo of two suspects, which was captured on home surveillance video is being distributed to the public to assist in identifying them.

The suspects are also believed to be associated to a red pickup truck which was located on fire a short distance away in the 9000 block of 150th Street. The pickup was determined to be stolen out of the Vernon area earlier in the day on July 9.

“Over the course of the last year, investigators have collected vast amounts of evidence which they are continuing to examine,” said Surrey RCMP Sgt. Chad Greig. “We believe there are people with information that will assist us in bringing this investigation to its conclusion, and we ask you to contact us and help bring some closure for an innocent woman.”

Anyone with information about this incident, the stolen vehicle out of Vernon, or the suspects is asked to please call the Surrey RCMP at 604-599-0502.

Those who wish to remain anonymous can do so by contacting Crime Stoppers at 1-800-222-8477 or by leaving a tip online.