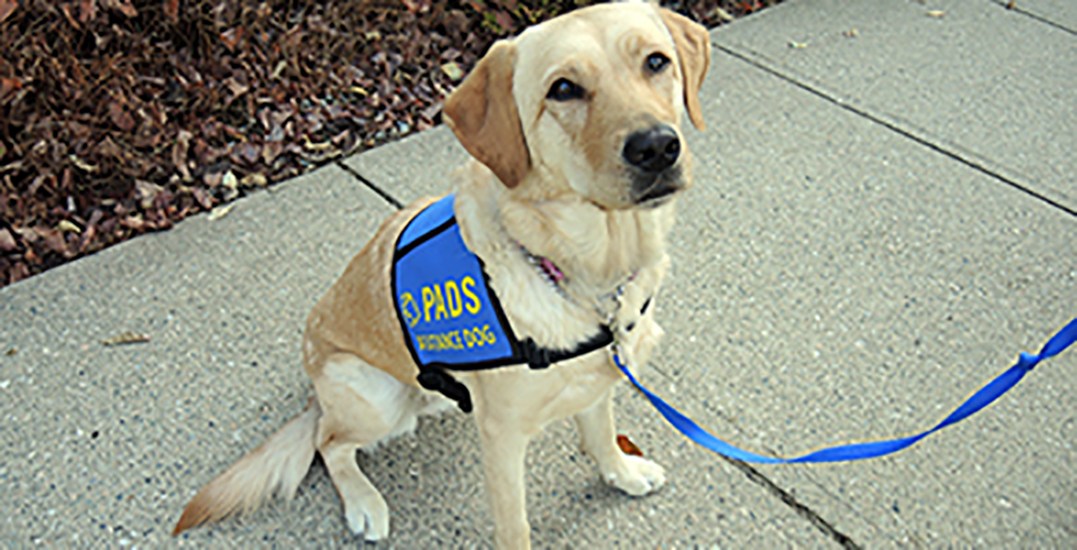 RCMP have announced a new addition to their Victim Services Unit and according to officers, she’s already having a powerful impact on the community.

She does, however, have four paws, a wagging tail, and coat of fur.

As an accredited facility dog, Cambria was bred and raised to help sooth victims and witnesses of crime trauma.

Cambria was trained at the Calgary Chapter of the Pacific Assistance Dogs Society. After being returned to the charity’s main campus in Burnaby, she was matched with a handler at Surrey’s RCMP detachment.

“The introduction of an Accredited Facility Dog to our Victims Services Unit is a tremendous asset,” says Surrey RCMP Community Services Officer Shawn Gill. “The calming and cathartic effect these specially trained dogs have on victims of serious crimes, collisions, and family situations also assists our officers in advancing these investigations.”

Authorities explained that Cambria has already been deployed to a number of incidents, including a fatal hit and run, a homicide investigation, and meetings with a victim of sexual assault.

When she’s not working, Cambria likes to relax with her adopted human family, her dog friend Sophie, and cat friend Tiki.