RCMP are investigating an act of vandalism that caused 6,000 B.C. Hydro customers in Surrey to lose their electricity early Wednesday morning.

According to the utility operator, four power poles that support transmission lines running through Green Timbers were chopped down with chainsaws at approximately 1 a.m. The transmission lines carried 60,000 volts while the poles carried two sets of high-voltage distribution circuits, with each carrying 25,000 volts.

Power was restored to the affected customers by 4 a.m. by establishing a temporary connection to a different distribution circuit until permanent repairs are made.

“BC Hydro is extremely concerned about this dangerous act of vandalism,” reads a release by the utility provider. “More than a dozen individuals are working on the repairs, which involve crews replacing the damaged poles and transferring the conductors and circuits to the new poles. This work should be completed later today.” 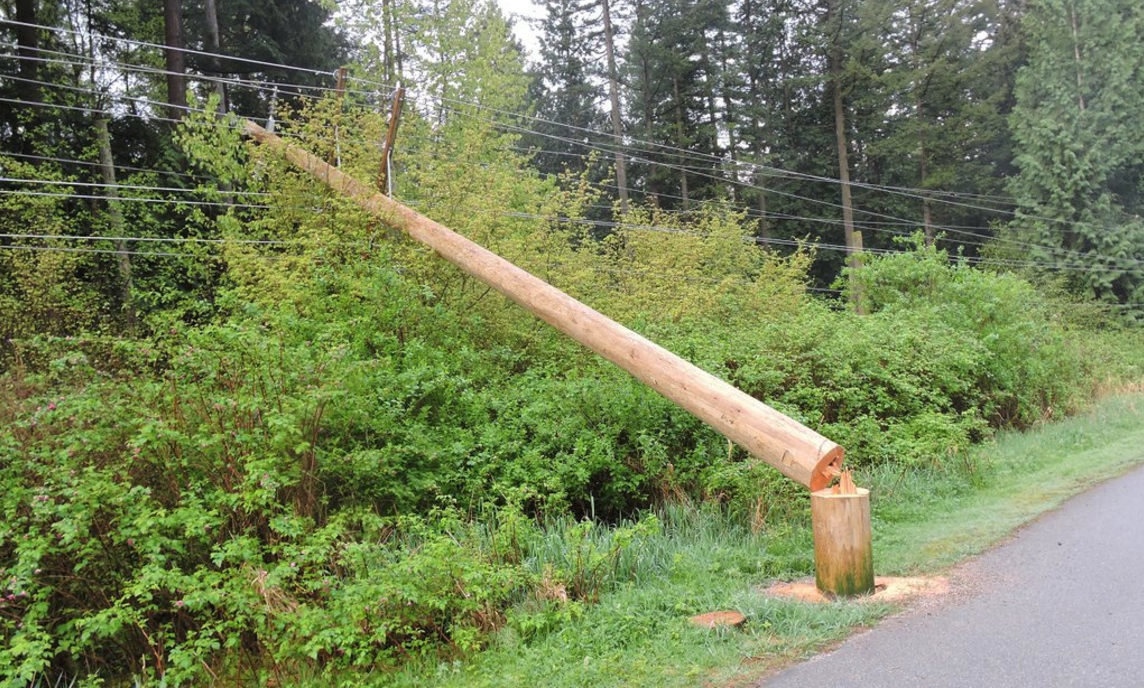