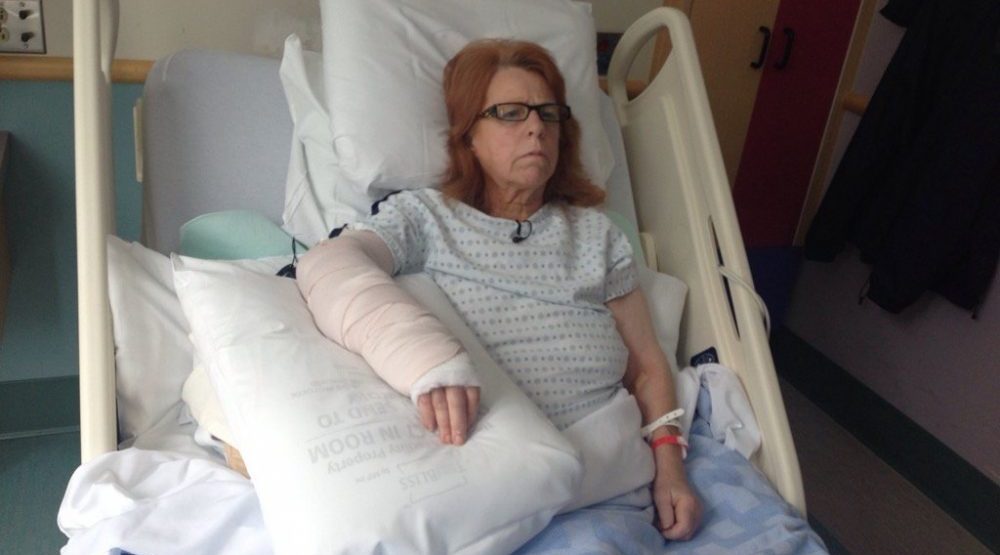 The pit bull involved in a vicious attack on a Surrey senior earlier this week has been located and destroyed.

Surrey RCMP says it tracked down the dog’s owner with the city’s Animal Control Office after receiving multiple tips.

Surrey Manager of By-law and Licensing Services Jas Rehal says the owner agreed to give the dog up.

“We found out where the dog owner was, and went and met with him, and after a discussion with him, the owner voluntarily surrendered the animal to us and the dog was put down.”

Rehal adds that the dog had no prior history of violent behaviour, nor did the owner have a record of owning vicious dogs.

“It was a very unfortunate and very serious incident, and our goal here was to make sure it doesn’t happen again. Locating the animal and being able to have it surrendered and put down limits the public safety risk and that’s important to us.”

Rehal says when officers spoke to the man, he expressed remorse.

“It’s not something that he’s proud of.”

But Rehal wasn’t able to say why the man left the scene or failed to turn himself in.

In a statement, Surrey RCMP says the owner will not be facing charges.

“While the Surrey RCMP’s investigation remains open, officers have looked at the totality of the circumstances in this file and have deemed that there is insufficient evidence to proceed with criminal charges at this time. As a result, no further information will be released.”

The victim’s family is outraged that there will be no criminal case.

The attack happened Monday Morning, while Brenda Moon was at a Mac’s Convenience store in Surrey.

The owner allegedly took the dog and fled the scene, leaving Moon with severe injuries to her wrist.