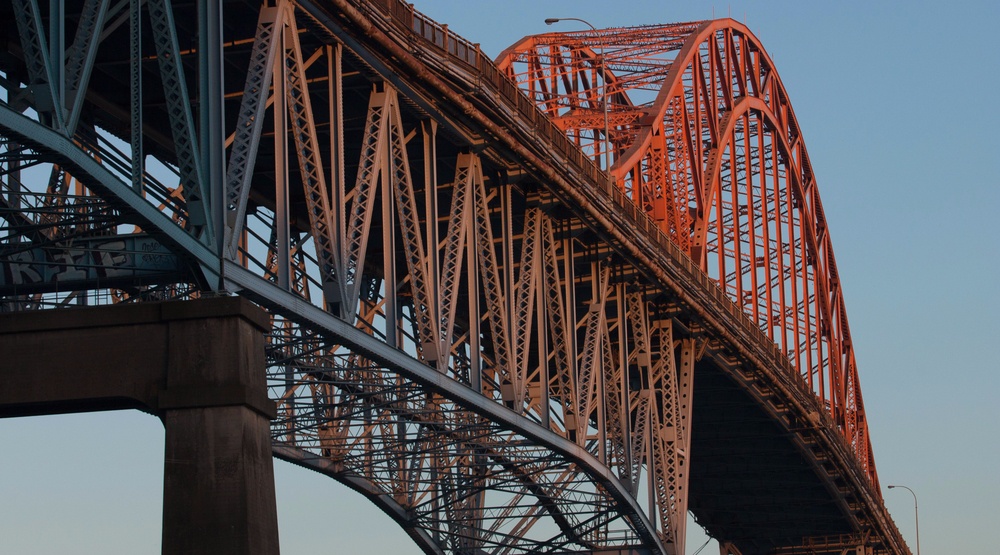 A Surrey RCMP officer is recovering in hospital after being injured during a traffic stop on the Patullo Bridge on Tuesday night.

At 11:55 pm, officers were conducting traffic enforcement at the foot of the Patullo Bridge when they spotted a southbound motorcycle that was believed to be speeding.

Surrey RCMP Cpl. Scotty Schumann told Daily Hive that an officer “attempted to flag it over on foot [but] the motorcycle struck the officer on the roadway and crashed.”

The officer received “significant but non-life threatening injuries”, while the 61-year-old motorcyclist – a Surrey resident – “appeared uninjured but went to hospital as a precaution,” said Schumann.

No charges or arrests have been made in relation to the incident, he added.

The investigation is ongoing, Schumann noted, and “will take several months to culminate.”