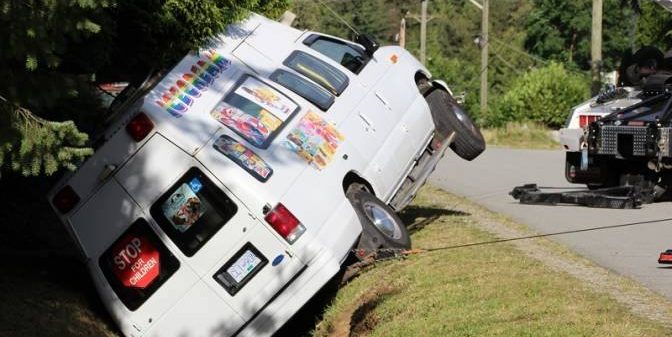 Surrey RCMP say they have “dealt with” a 45-year old man after he crashed an ice cream truck into a ditch near 141st and 100th ave Thursday afternoon, just blocks from a school playground.

Police say they were called around 3:45 pm with reports of the truck driving erratically and smashing into trash cans along the side of the road.

Investigators say police, fire, and ambulance crews all attended, but that the driver was unhurt and there were no apparent injuries. 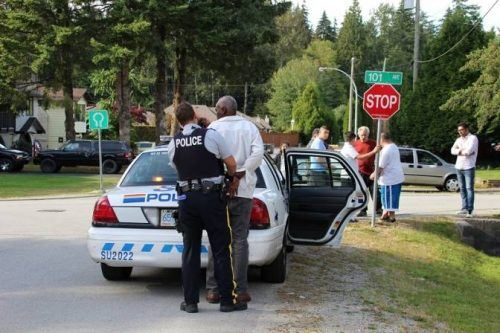 Police say alcohol appears to have been a factor, but were unable to say if the 45-year-old had been arrested or is facing any charges.

However a man was seen handcuffed by officers at the scene.