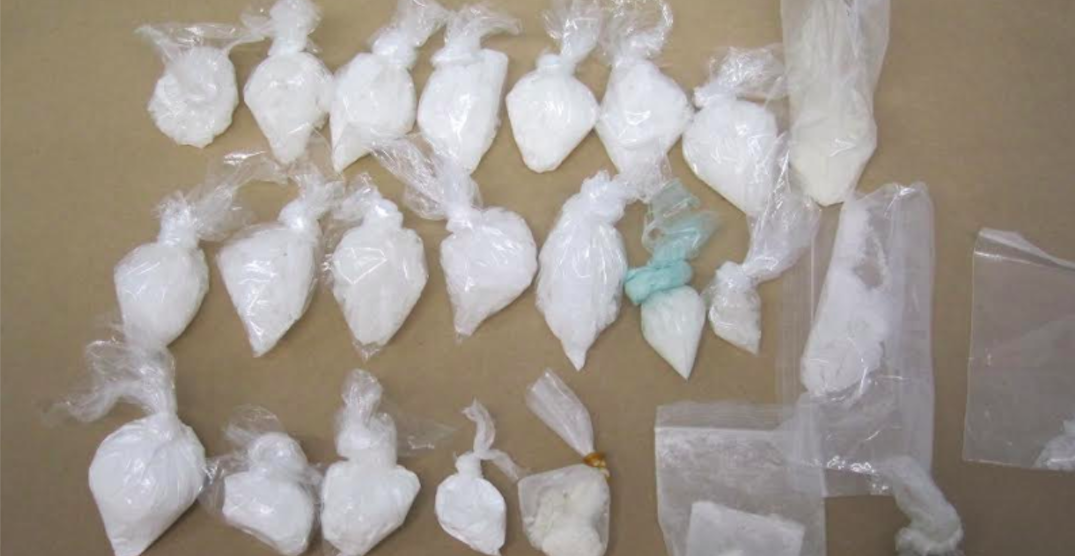 Surrey RCMP are investigating after the discovery of what they’re calling a “possible fentanyl packaging site” in the City Centre area.

According to police, on April 24, BC Bailiffs were executing a Supreme Court Writ of Possession at a residence in the 10400 block of University Drive, where the discovery was made.

BC Bailiffs reported the discovery and the Surrey RCMP Drug Section began an investigation which included executing a search warrant at the residence.

As a result of the investigation, police located and seized:

One man was arrested in connection with the incident, but has since been released. Charges have not been laid as the investigation is ongoing.

“This residence was located within a city block of 135A Street, which is where some our most vulnerable population reside,” said RCMP Sgt.Ryan Element. “It is our hope that this interdiction will have a significant and positive impact on preventing overdoses and the violence associated to the drug trade.”

Anyone with more information is asked to contact the Surrey RCMP at 604-599-0502. Those who wish to leave an anonymous tip can do so by contacting Crime Stoppers at 1-800-222-TIPS or leaving a tip online at solvecrime.ca.