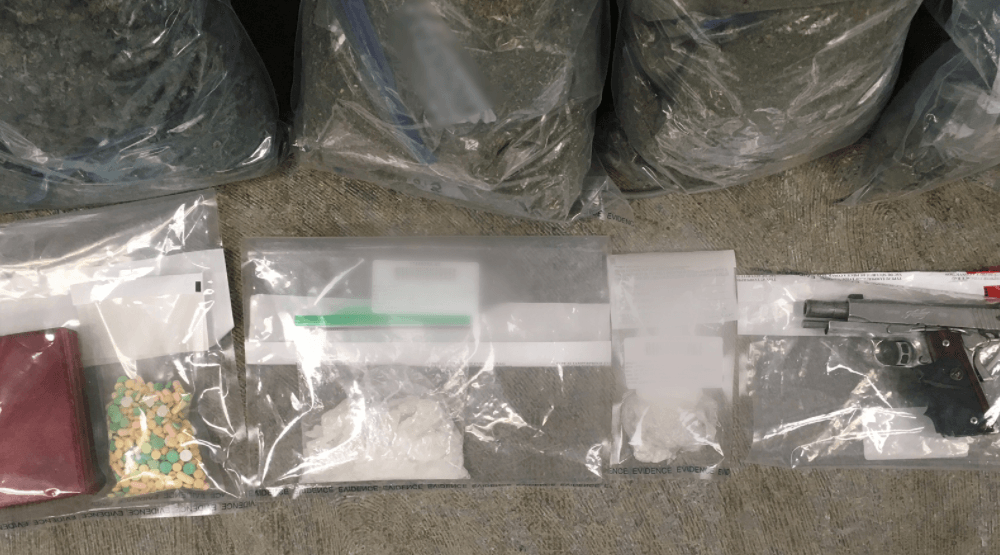 A search warrant that was executed on a number of Surrey homes in mid-April yielded 13 arrests and the seizure of “numerous weapons and significant quantities of drugs,” said Surrey RCMP in a release today.

A number of weapons were seized including multiple handguns and crossbows, along with varying amounts of drugs.

The drugs included 1,100 doses of crystal meth, 400 doses of heroin/suspected fentanyl, and 9 kg of marijuana.

While the investigation is still ongoing, one Surrey resident, 32-year-old Adam Bruce Bogart has been charged with Possession for the Purpose of Trafficking (x3), Possession of a Firearm (x2), and Breach of a Firearms Prohibition.

Three other individuals were also detained on outstanding warrants.

“We are committed to taking strict enforcement action against those who prey upon the most vulnerable in our community and pose a significant threat to public safety.”