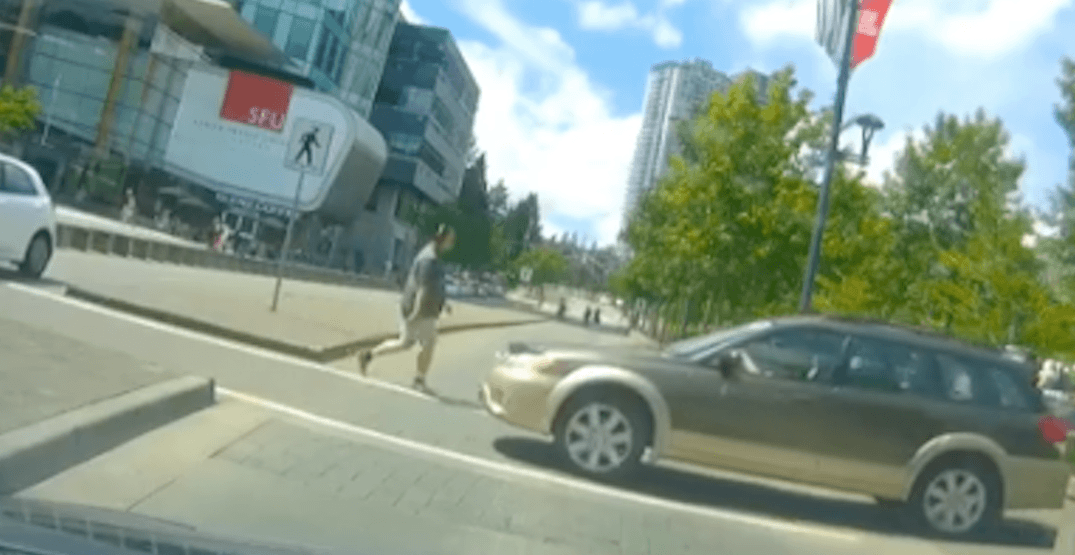 After a woman recently drove her car down a set of stairs outside the Sheraton Wall Centre in Vancouver, it appears another Lower Mainland driver has opted to use another pedestrian path as their own roadway.

This time, it’s a driver in Surrey, who can be seen exiting a parking lot – which sounds normal enough – until you realize the driver is using the pedestrian crosswalk to do so.

In the video, which was captured on dashcam and shared online by Daylan Gettle last week, the car can clearly be seen driving onto the road in the walkway, before turning left – not seeming to care that pedestrians are using the crosswalk for its originally intended use at the same time.

“This was a few weeks ago,” Gettle writes. “BC has the best drivers!”

Take a look for yourself.

Interestingly, Simon Fraser University (SFU’s) Surrey campus can be seen in the background, and while we don’t know if the motorist was leaving class for the day, it’s safe to say they may want to go back to driving school for a quick refresher on how crosswalks actually work.