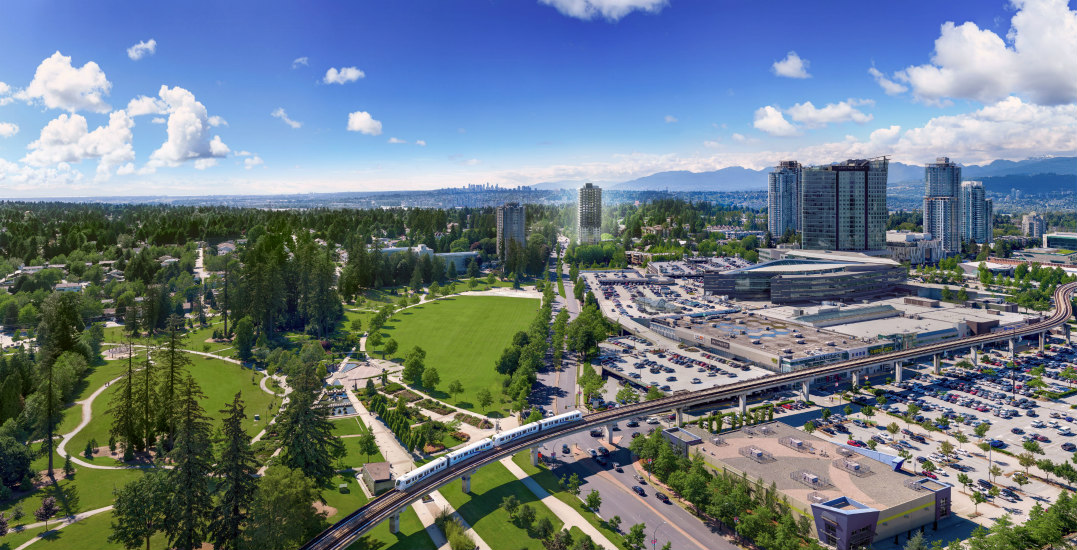 Vancouver remains one of the most desirable places to live in the country. But rising costs have led many to explore opportunities for homeownership elsewhere in Metro Vancouver.

While many neighbourhoods are growing, few, if any, have experienced the scale of growth and expansion that’s currently occurring in downtown Surrey. Approximately 1,250 people are moving to Surrey every month, settling in the downtown core and surrounding neighbourhoods.

The fact is, potential homeowners are still seeking high-rises in emerging urban centres, but at far more competitive prices. The Holland by Townline in Surrey City Centre is a case in point. Located just steps from the SkyTrain, a 25-acre park space, and shopping centres, one-bedroom homes at the development start at $360,900.

Currently, the population of Surrey City Centre stands at 33,660 and it’s expected to double to 70,000 by 2041. This would make it the second-highest urban populated area in BC; a hub bursting with culture where over 100 languages are spoken. As the geographic centre of Metro Vancouver, downtown Surrey is drawing investment from all directions, emerging as Metro Vancouver’s new downtown — not only due to its sheer growth but also the types of growth that are occurring. 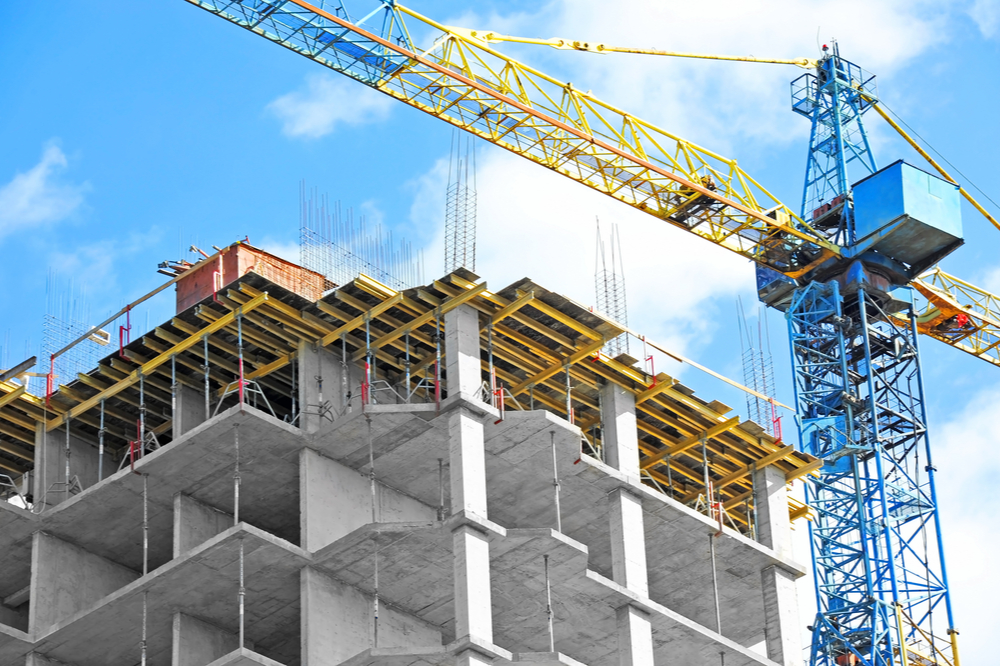 For an urban centre to thrive, well-grounded infrastructure needs to be in place, coupled with a strategic plan for the future. Surrey’s vision and plan has led to exceptional economic growth over the past decade. From 2006 to 2016, more than $13.7 billion has been invested in new construction and over 19 million square feet of commercial and industrial space added.

Looking to the future, the City of Surrey plans for a $5 billion investment in municipal infrastructure, as outlined in its economic strategy for 2017 to 2027.

Having the second-lowest municipal tax for businesses in Metro Vancouver means downtown Surrey is a prime spot for new and established companies. In 2016, over 3,000 new businesses were added to the urban hub. At the time of writing, the city centre’s workforce was 25,255, which is expected to grow to 31,759 in 2021.

By 2026, the City of Surrey plans to create 36,200 direct jobs, with a focus on S.T.E.M (science, technology, engineering, math) industries with health technology, the creative economy, clean technology, agri-innovation, and advanced manufacturing being priority growth sectors. 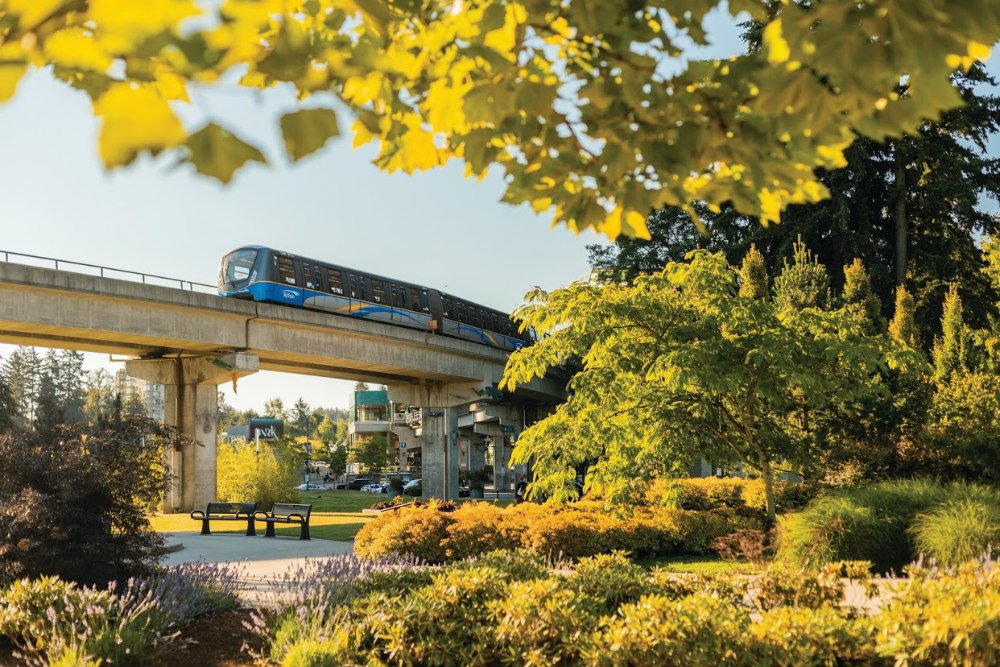 Those living in Surrey City Centre and working in downtown Vancouver can commute by taking a 35-minute SkyTrain ride (the perfect timeframe to listen to a podcast), or by bus from one of Surrey’s nine major bus exchanges. The City of Surrey is also moving ahead with a SkyTrain extension along the Fraser Highway to connect Surrey and Langley, as well as the rest of the region.

Surrey is also increasingly becoming the first choice as a hub for transportation south of the border. Last year, an analysis on an ultra-high-speed rail line connecting BC, Washington, and Oregon explored a route that would run from Portland to Seattle with the final station established in Surrey.

Surrey City Centre is proving to be a popular choice for young people to study and live, with a third of the population aged 19 or under. In fact, Surrey has one of the youngest average population ages in BC.

This steady output of graduates, combined with the commercial partnerships and projects as part of the Innovation Boulevard initiative, has been fundamental in establishing downtown Surrey as the destination for research and work in the advancement of med-tech. Already, 45% of Surrey residents have jobs located in Surrey — the third-highest rate in Metro Vancouver, and an increasingly attractive opportunity to avoid the typical suburban commute.

Opportunities to invest in real estate

Downtown Vancouver has become less feasible for those looking to invest in property, but downtown Surrey has become the new favourite for strong returns on homeownership.

Over 1,500 new pre-sale condos were purchased in Surrey City Centre within a one-year period since October 2018. When comparing the months of October 2018 and October 2019 directly, the number of condos purchased in that urban centre rose by 43%. In the midst of all this activity, the average price of a condo in Surrey City Centre has risen by 107% over the last five years — but several opportunities remain to get into this market at a competitive price.

At The Holland by Townline, a 25-storey development of modern homes in downtown Surrey, one-bedrooms start from $360,900 and two-bedrooms from $513,900. Located in the heart of the city centre — just steps from 25 acres of green space at Holland Park, a five-minute walk to Surrey Central SkyTrain Station, and a three-minute walk to over 150 shops at Central City Shopping Centre — towers like The Holland offer all the benefits of living in an urban core, with the recreation and greenery of a parkside location, and West Coast-inspired interiors. 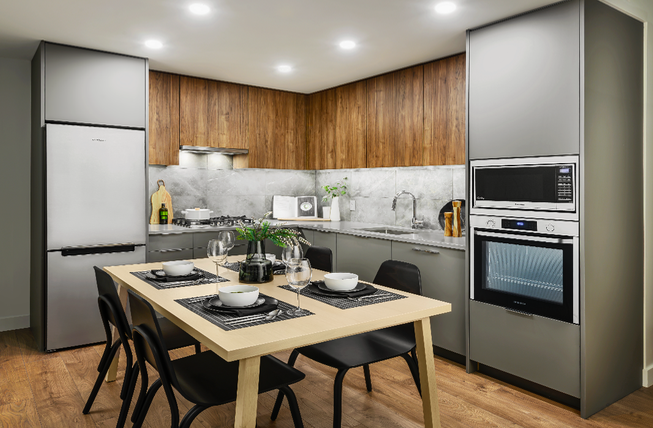 Now for a limited time, Townline is offering $5,000 off the cost of all one-bedrooms and $6,000 off two-bedroom homes. Prospective residents can also take advantage of an accessible deposit structure and have the final deposit waived.

Like what you hear? Learn more about how this parkside development is ideally situated in the heart of downtown Surrey’s future growth by visiting The Holland’s Presentation Centre. For more information on The Holland, register via The Holland website.