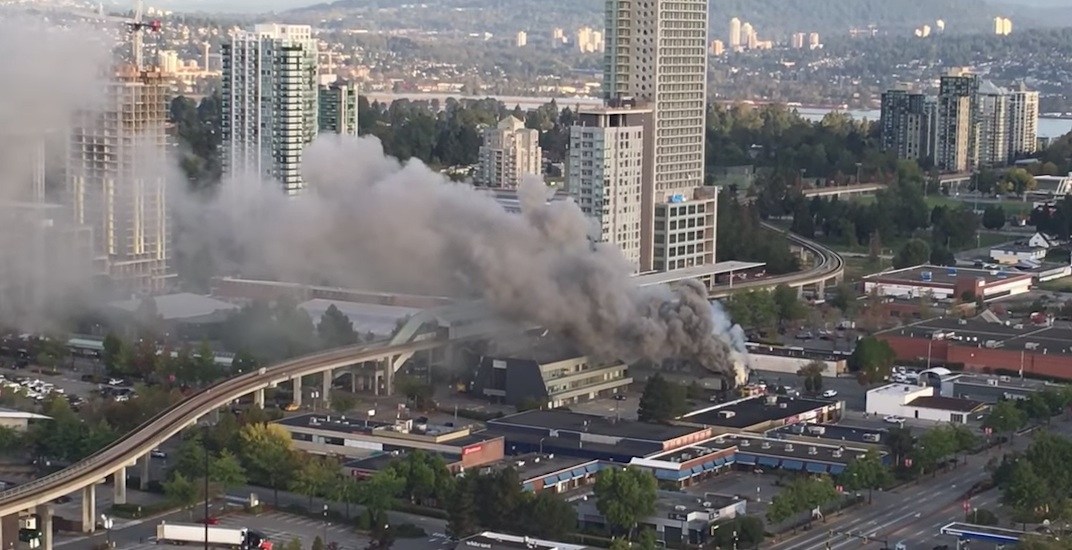 UPDATED: Surrey Central Station reopened at 2 pm, and trains and buses are now stopping at the station.

Billowing smoke from a building fire near SkyTrain’s Surrey Central Station has shut down the train station and its bus loop.

TransLink says trains on the Expo Line are still running through the area, but trains are not stopping at the station as a safety precaution due to the thick smoke.

As well, bus services are being rerouted to King George Station until further notice.

The service disruptions at the station began just before 9 am.