Surrey – including North Delta – has now seen its 18th shooting since the beginning of March.

“People say there’s crime everywhere but where do you hear of a 40-block radius having 17 shootings in 45 days?” Robinson asks, upset that her neighbourhood has seen such criminal decay.

“I am a Newton resident and I am afraid to walk out my door.”

The crime-ridden neighbourhood, and Metro Vancouver’s second most populous city, has seen a sharp increase in violent crimes this year with seemingly endless reports of shootings since the beginning of March. It all began on March 10 when a 20-year-old male was dropped off at Royal Columbian Hospital with gunshot wounds, starting a string of six shootings in three days.

Police have reported many of the shootings are targeted hits and several of the events are linked. During an April 14 press conference, Surrey RCMP Chief Superintendent Bill Fordy and Delta Chief Lyle Beaudoin confirmed that several of these shootings were gang-related.

Many of the 15 shootings have occurred in broad daylight and involved vehicles, yet RCMP have been unable to track down any of the vehicles or suspects involved. Surrey RCMP did, however, arrest an 18-year-old male on April 10 in connection with the crime-spree. He will face six drug trafficking charges, five firearms charges and one count of resisting a police officer.

Surrey RCMP also recently charged 13 people with drug and weapons offences. On March 27, police made 66 charges against over a dozen people after seizing large quantities cocaine, heroin, methamphetamine, MDMA, oxycodone, fentanyl, cash and fully-automatic firearms. Eight of the 13 have been arrested.

Shortly after the early-March shootings, RCMP released the names of five suspects connected with the events and linked to low-level drug crimes. So far, police say the shootings are part of a drug-war between South Asian and Somalian groups. They have reached out to the Sikh and Somali community leaders for support with their investigation.

But calling the rash of crime “low-level” has Robinson frustrated with her community’s leaders.

“When you have teenagers driving through the streets shooting bullets at each other and crashing cars, that’s not low-level crime anymore. This is attempted murder. This is terrorizing a city.”

“Our leader is not being a leader,” Robinson adds. “She was voted in to represent the people. She calls this low-level crime, passes the buck off to the RCMP, and continually downplays this. I want to hear from my mayor that she is willing to do anything, whatever it takes. I would not allow my citizens to be afraid to walk the street.”

Mayor Linda Hepner has refused to comment on Surrey’s crime and has complained to reporters about how she is always called to comment after a shooting. “I don’t think it’s fair to me. Every time something happens I’m called at a political level to comment.” She added that commenting on crime “is a police matter”.

Hepner and the City of Surrey have called for an extra 100 RCMP officers to be hired in 2015 and have already put 34 new boots on the ground.

Yet, Robinson maintains that many people in Newton don’t feel it is safe to walk outside. When people don’t let their teenagers out at night and make decisions to not walk their dog, that is the point when the community needs to rally, according to Robinson.

“Somebody is going to get killed, somebody who is not involved in this. It’s just a matter of time. That’s what frustrates me. This is terrorizing our city.” 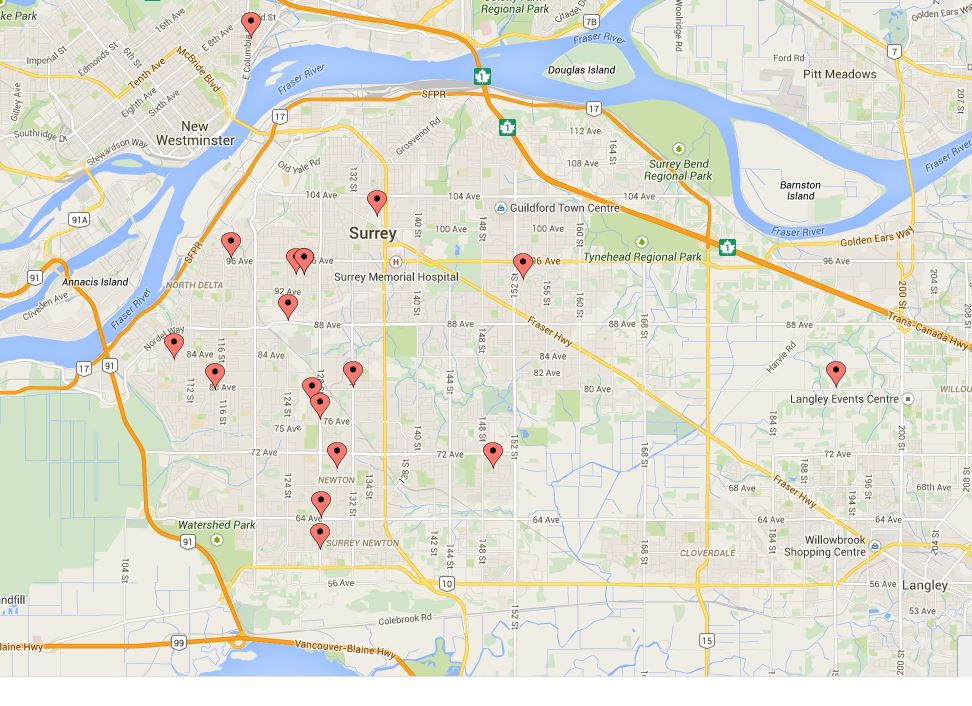