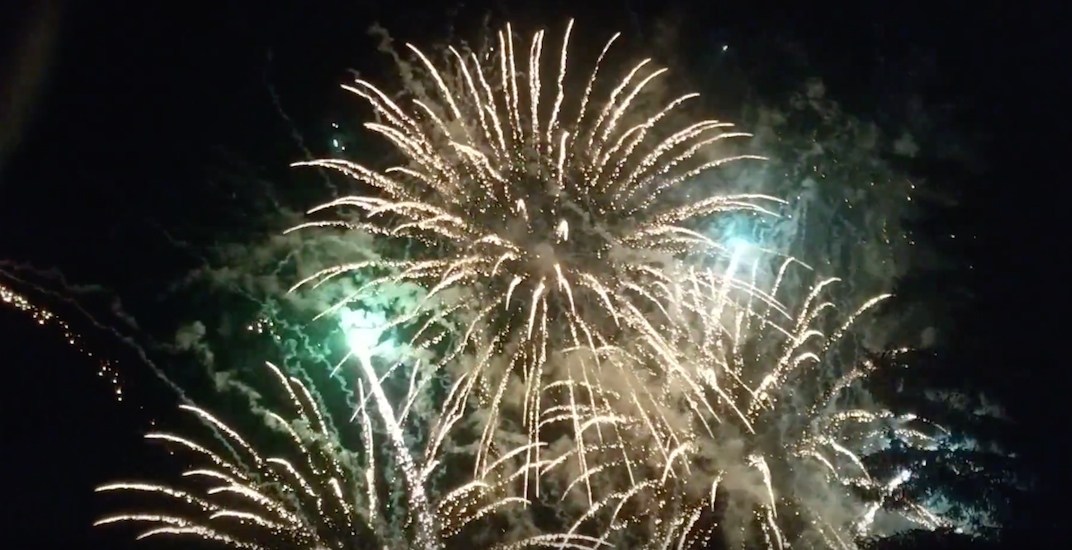 Generic fireworks (not an accurate depiction of tonight's display)

If you heard explosions and tons of popping around the city tonight, you weren’t mistaken.

A number of Vancouverites were treated to a private fireworks show this evening.

The fireworks display began around 8:45 pm and were fired from the waters in Burrard Inlet. The show lasted approximately five minutes.

It’s unclear who exactly was responsible for tonight’s show or where in the inlet they were fired from.

What’s with the DT #vancouver fireworks?

I love the “Hey we are two weeks away from Halloween” fireworks in downtown #Vancouver tonight. Let’s celebrate randomly by blowing some off on a Monday night for no reason!

I heard fireworks going off in downtown #Vancouver just now. What are people celebrating? Did I miss the memo on a holiday? Should I be celebrating something? So many questions!

Looked like it was off a boat? Or barge? Closer to the north shore than the downtown side. Small stuff, though. Nothing big.