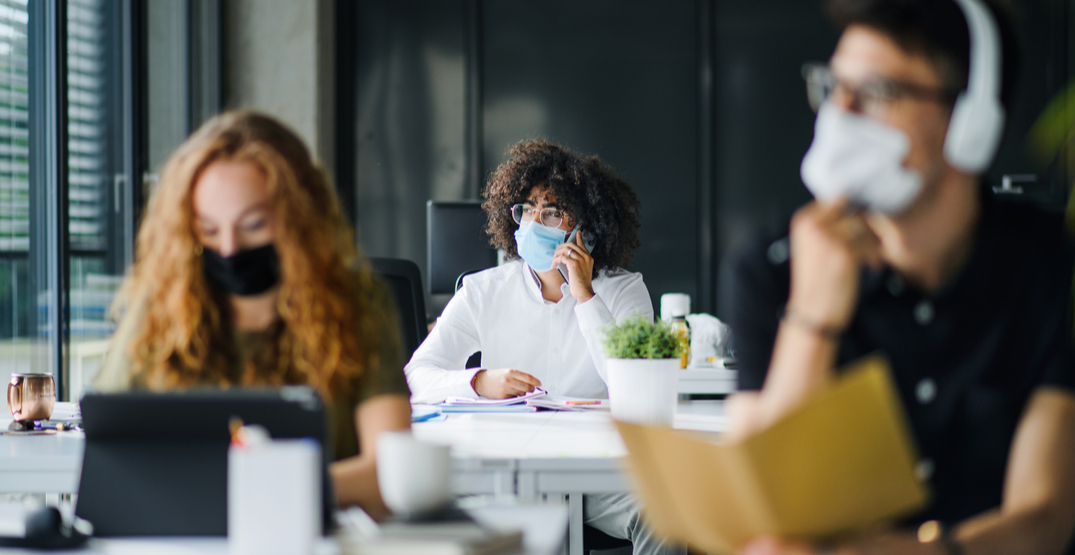 Public support for a mandatory indoor face mask policy is “extremely high” amongst Canadians, according to a recent poll.

The study was conducted by the Research Co. and says that Canadians “hold a gloomier view” of the COVID-19 pandemic than they did two months ago. Nearly half of respondents (46%) believe that the worst of the pandemic is yet to come.

Specifically, British Columbia is the leading region (61%) in believing that the worst of the pandemic lies ahead, followed by Saskatchewan (50%) and Manitoba (50%), as well as Alberta (45%).

Nine in 10 Canadians are in support of the current border closure between the United States and Canada as well as the mandatory 14-day isolation period that’s currently in place.

And when it comes to masks, both usage and public support seem to be on the rise.

The study says that 85% of respondents were in favour of a face mask policy for customers or visitors entering an indoor setting. The Research Co. also noted that when Americans were asked the same question, 90% were in favour of the guideline as well.

According to the poll, there’s also been an “extraordinary increase in the proportion of Canadians” wearing a mask when they go out. This month saw 70% of Canadians wearing masks, which is an increase from 48% in June and 14% in May.

The increase, however, doesn’t appear to be balanced amongst Canadian provinces. The poll found that it was those from Ontario (81%), Quebec (73%), and Alberta (71%) that were wearing masks while outdoors.

The number of residents wearing masks was found to be much lower for those in BC (56%), Saskatchewan (53%), and Manitoba (53%). The cities that saw a substantial increase, however, have seen mandatory mask policies implemented by municipal governments over the past few months.

The use of face masks at public indoor places was mandated in Calgary and Edmonton in August, while Toronto and Montreal saw policies take effect in July. And while larger retailers and public transit in BC have implemented their own policies, there has yet to be widespread action at the municipal level.

It was also determined that women were more likely to wear masks over men and that it’s a younger demographic wearing masks over older people.

“Women are more likely to be wearing a mask every time they go out than men,” says Mario Canseco, Research Co. president, in a release.

“Canadians aged 18 to 34 are also more observant of this practice than their counterparts aged 35 to 54 and those aged 55 and over.”