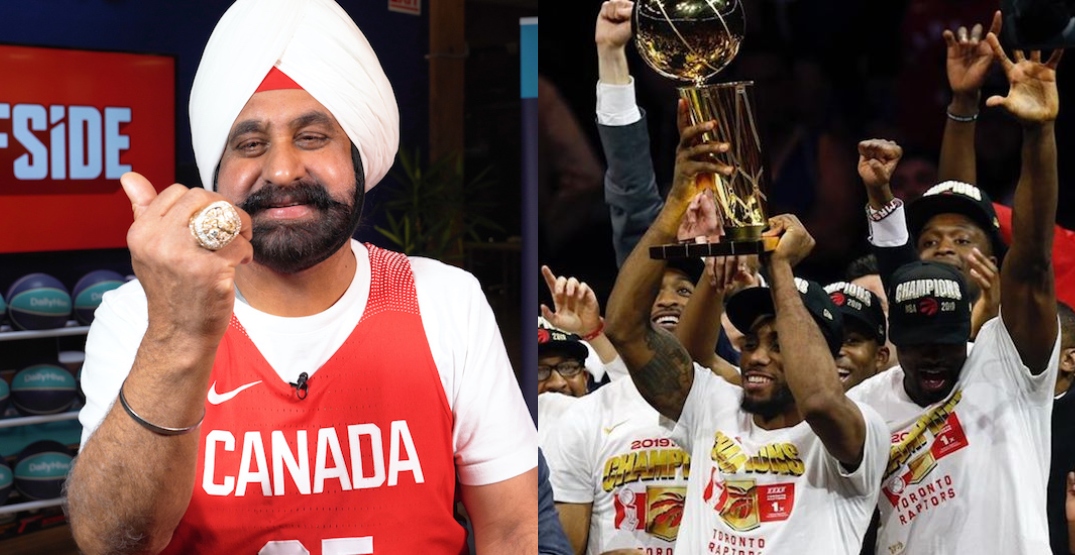 It’s been one year since the Toronto Raptors surprised most of the basketball world by defeating the Golden State Warriors to win Canada’s first-ever NBA championship.

Fans spilled into the streets of Toronto on June 13, 2019, as a giant party took place there and across Canada.

Nobody was happier about that historic win than the Raptors’ biggest supporter, Superfan Nav Bhatia, who took a trip down memory lane in a visit to the Daily Hive office earlier this season.

“All Canadians came together and that was the reason why we had over two thousand Canadians, from coast-to-coast, in Golden State’s arena, during that sixth game of the championship.”

Bhatia, of course, was among the Raptors fans in attendance for the clinching game in Oakland. That’s a memory he won’t soon forget, as well as the championship parade, where he served as the grand marshal.

But the ultimate honour for him was receiving a player’s championship ring from Raptors President Masai Ujiri in October.

Bhatia told us his hands were shaking when he received his ring.

When asked where he keeps the ring when he’s not wearing it, Bhatia said he never takes it off.

“I sleep with it,” he said. “My wife is upset that I’m in love with this ring and I’ve forgotten about the other ring.”

The NBA has announced it will return to play on July 31, and the Raptors have a shot to repeat as champions.

“We are going to be surprising the world again with our basketball team,” said Bhatia. “Nobody expected us to be here. We are number two in the Eastern Conference right now.”

“We are going to surprise the world.”