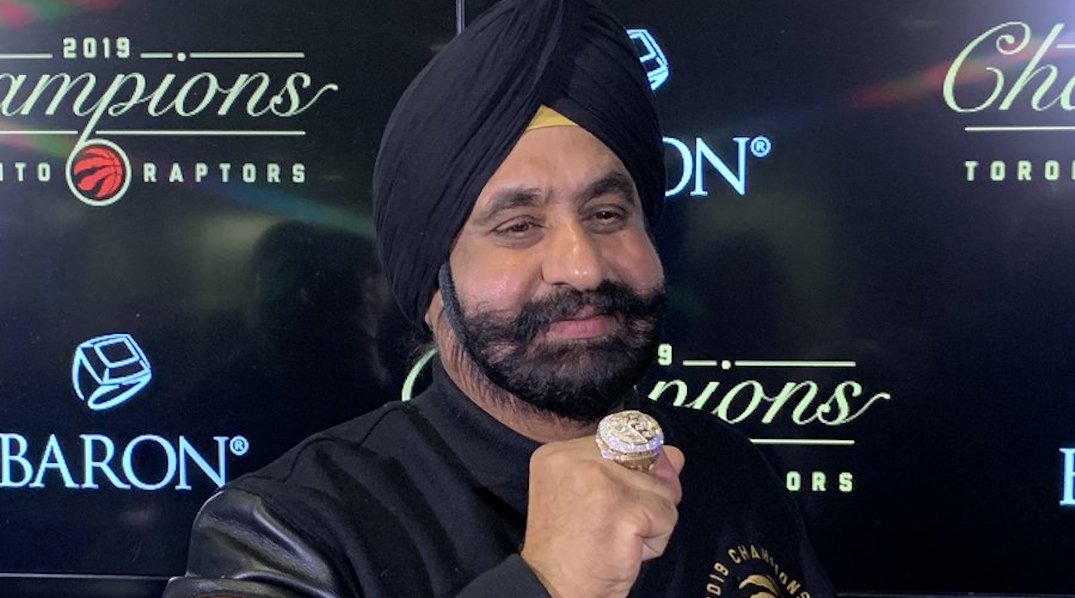 The Toronto Raptors officially kicked off their 2019-20 season against the New Orleans Pelicans with a big win on Tuesday night, and as usual, Superfan Nav Bhatia was there to cheer on the team.

But before the game, the team got to celebrate their historic win last season with a pre-game banner-unveiling ceremony. The ceremony included players and staff receiving their championship rings.

Besides all the players receiving their rings, one superfan also got the heavy piece of jewelry.

A little background: The ring features 74 diamonds on its face, representing the number of wins during the 2018-19 season, and includes the team’s NORTH chevron jersey logo, Scotiabank Arena, hints of the Toronto skyline, and the Larry O’Brien Trophy.

And Superfan Nav Bhatia was gifted one as well.

I don’t know how to put this in words. Thank you to the greatest organization in sports for how much they care about their fans. I accept this championship ring on behalf of every @Raptors fan across the globe. Words do not express what this means to me. pic.twitter.com/iA5VE10V1K

Bhatia was not the only big fan to receive a championship ring.

Drake was also a proud recipient of the bling.

And he wasn’t too shy to show it off.

With files from Graham Cox.