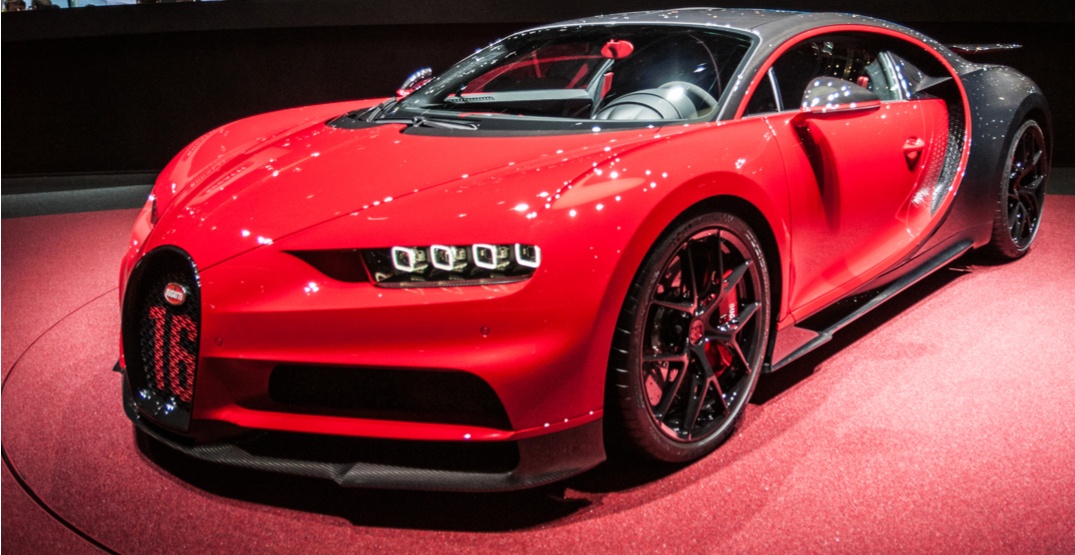 The son of a Chinese business tycoon recently took to Instagram to share news that he had purchased a $5.1 million supercar – a Bugatti Chiron – from a Vancouver-area auto dealer.

And while many might use the platform to share picture after picture of their sweet new ride, Ding Chen had a different reason for sharing the news – to complain about the taxes.

According to the South China Morning Post (SCMP) Chen shared an Insta-story of the total bill for his new ride, reportedly paid for by using the credit card of his father, Chen Mailin.

“The photo, shared around noon on Thursday… had been roughly edited to scrawl out most figures, except the taxes,” the SCMP said. “The bill, from Vancouver Bugatti dealer Weissach Group according to a visible phone number, was issued to Chen Mailin, whose name was clearly displayed.”

Chen Mailin’s address can also be seen on the bill – a mansion in Vancouver’s Point Grey neighbourhood, on Drummond Drive, which he bought in 2015, for $51.8 million.

The SCMP noted a corporate disclosure shows he is a permanent Canadian resident. 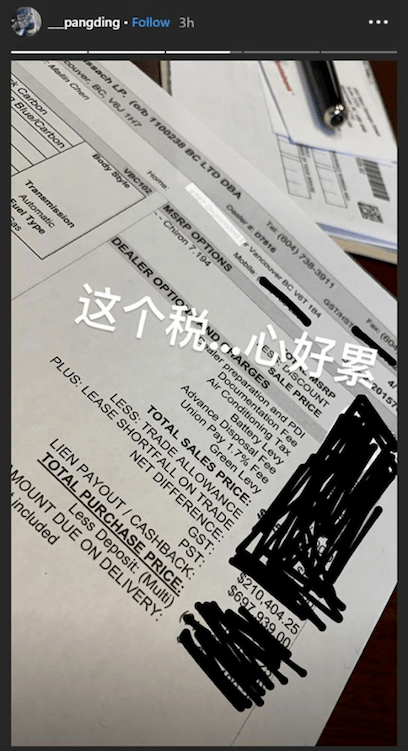 A screenshot of the Ding Chen’s Insta-story and his compliant bout the taxes. (South China Morning Post.)

Ding Chen’s photo of the bill also included his own thoughts on the taxes, which he wrote in Chinese over the picture.

“These taxes … my heart feels tired,” he wrote.