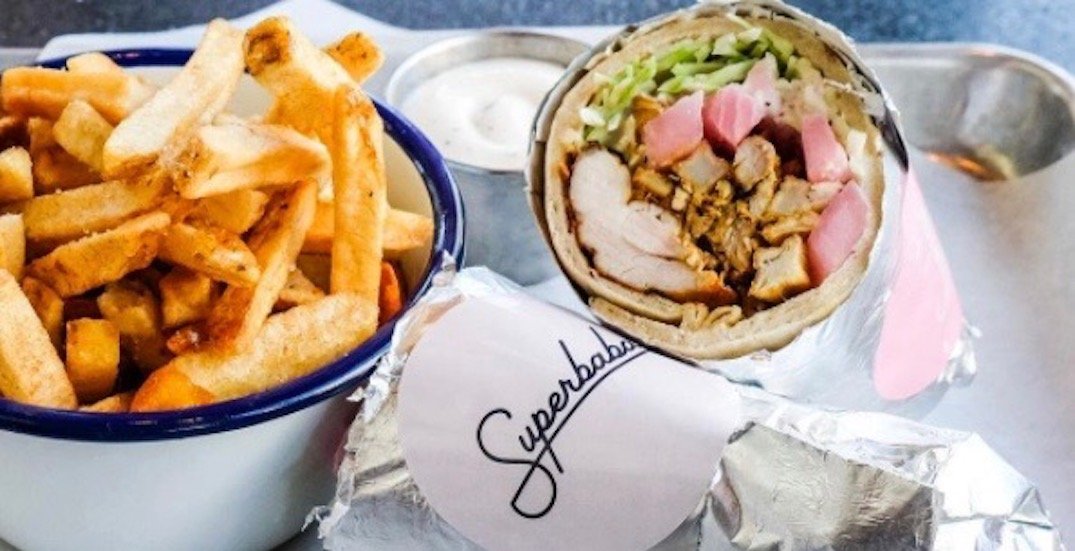 There may be a plethora of drool-worthy food trucks in Vancouver already, but that doesn’t mean we aren’t excited for the newest addition to the fleet: Superbaba’s food truck.

Superbaba’s mobile eatery will offer up it’s first serving of Middle Eastern eats on June 20. The cheerful white, pink, and turquoise truck will be parked at Burrard and Dunsmuir (the former spot of Tacofino’s White Lighting truck) from 11:30 am to 2:30 pm on opening day.

This project comes to us from the same owners who opened the Victoria hotspot in 2017. The casual eatery was a collaboration of three well-known local Vancouver restaurant names – Café Medina, Tacofino, and The Dallah.

In April 2018 Dallah told Daily Hive that patrons can expect the same menu served in Victoria with just a few modifications.

This includes chicken sandwiches, vegan falafel sandwiches, bowls, hummus, and turmeric cookies will be up for order, along with one of Superbaba’s house-made drinks (we’re hoping for mint lemonade).

Where: Parked at Burrard and Dunsmuir (the former spot of Tacofino’s White Lighting truck)