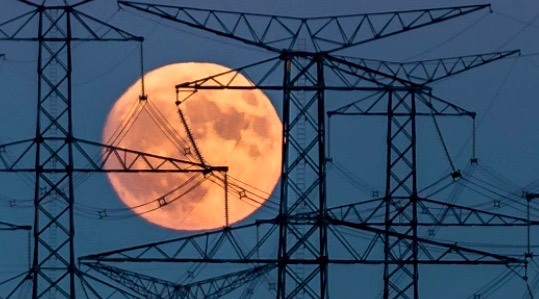 If you’ve been hearing a lot about supermoons lately it’s because tonight’s, December 13, is the third full moon in a row to be considered worthy of the title ‘super’.

As we explained back in November, Nasa defines a supermoon as the folllowing:

Originally a term from modern astrology for a new or full moon that occurs with the moon is within 90% of its closest approach to Earth in a given orbit, supermoon now refers more broadly to a full moon that is closer to Earth than average.

Which is why three supermoons in a row is quite common. Namely, that the full moon cycle also follows its own elliptical orbital path (about 14 months long), so that both before and after it is the closest to the earth it will be all year (this past November) it will also be very near – hence October’s and December’s supermoons.

As timing would have it, there’s also a meteor shower reaching its peak tonight – the Germinids – views of which will sadly be heavily reduced thanks to the supermoon’s brightness.

One thing’s for sure, if you’re lucky enough to have a clear view of the sky tonight, it’s definitely going to be worth looking up to see the show.

Especially when the next supermoon won’t take place until May 25, 2017.