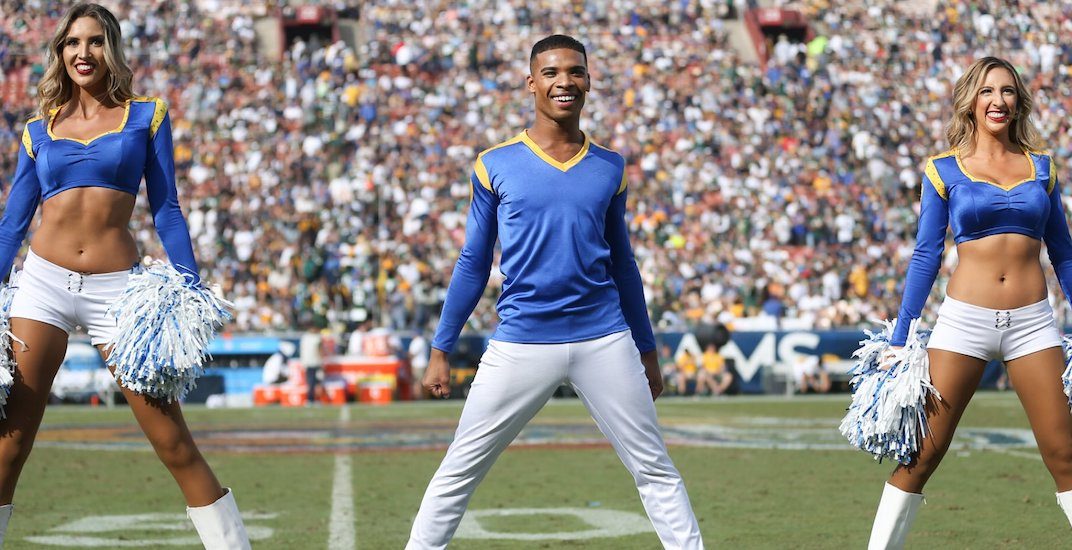 There’s more to the Super Bowl than football.

With the big game right around the corner, the world is preparing for one of the largest sporting events of the year with millions of viewers set to tune in on Sunday.

Although the New England Patriots and Los Angeles Rams are the stars of the show, not everything surrounding the big game is about what we will see on the field.

We’ve rounded up seven of the most intriguing non-football stories making headlines leading into the NFL’s marquee event. 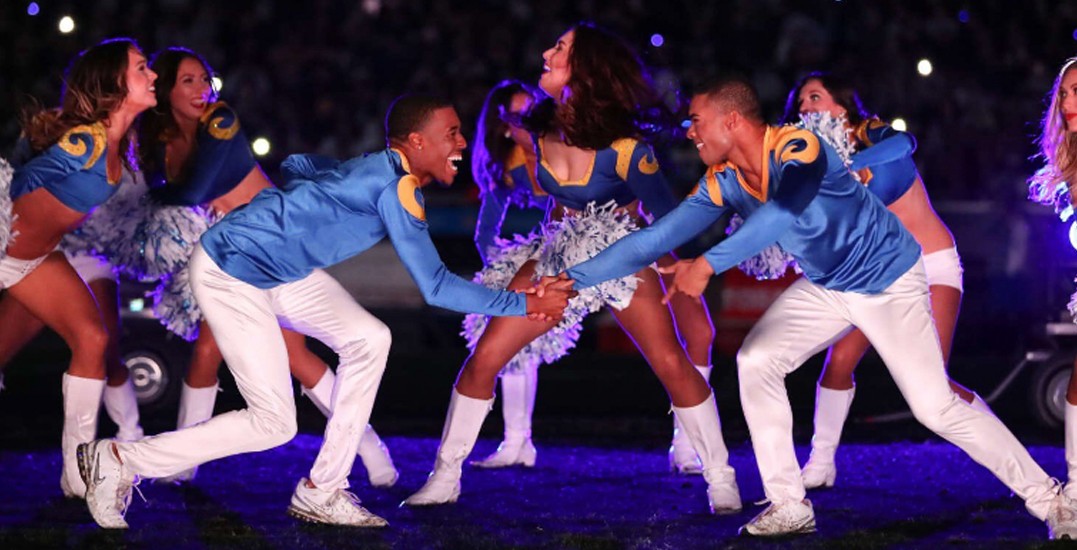 Quinton Peron and Napoleon Jinnies, two male members of the LA Rams cheer team, will make history. They’ll be on the sidelines, along with the rest of the mostly female dance team, making the first time male cheerleaders have performed at the Super Bowl.

2. Instead of a Super Bowl Commercial, Skittles is launching a Broadway Musical

This year’s biggest ad won’t be on the Big Game, it’s coming to Broadway and YOU can be a part of it. Buy tickets here: https://t.co/iwIlSw1kxZ. #SkittlesTheMusical pic.twitter.com/3H0AK8Peh7

In lieu of spending north of $5 million on a Super Bowl commercial, Skittles will be performing a 30-minute Broadway spectacle in New York on Super Bowl Sunday, starring Michael C. Hall (best known for his role as Dexter).

The show’s plot is being described by the candy company as an “absurdly self-reflective look at consumerism.”

The 15th Annual Puppy Bowl runs ahead of the big game on Animal Planet and is a showcase of 93 rescue dogs, all available for adoption.

The two-hour special involves a compilation of adorable puppies playing with chew toys on a mini-football field. Enough said.

Mercedes-Benz Stadium in Atlanta will keep its ‘fan-first’ pricing for the Super Bowl, something they did for Falcons games during the regular season, meaning concession prices will be ridiculously low.

With the stadium doors opening four hours before kickoff, Falcons CEO Rich McKay said they have stocked up with 75,000 water bottles and 55,000 hot dogs in preparation for heavy volume.

5. The Atlanta snowstorm that never happened

‘Hotlanta’ was issued a winter weather warning and expected a snowstorm to hit on the Tuesday of Super Bowl week.

Not being accustomed to snow, the city pre-emptively shut down businesses and schools in order to avoid any potential problems. When residents woke up to see sunshine instead, the internet memes began to fly.

Happy “snow” Day in Atlanta!! Get out there and enjoy it!! Lol!!!! #lovemycity pic.twitter.com/qIPfpvt0fL

A much-heralded winter storm left a coating of winter weather disappointment in Florence overnight, covering roads with nearly 0.0 inches of snow, and dropping temps to that of an arctic tundra leaving residents with no school/work & a stocked pantry. #snowpocalypse2019 @spann pic.twitter.com/6ToV82BijC 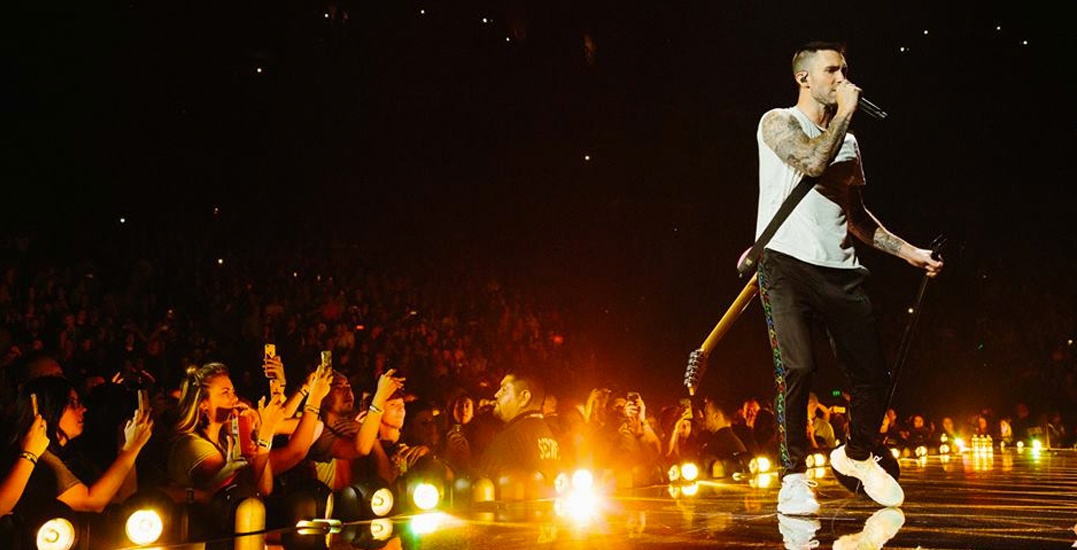 The NFL raised some eyebrows after they cancelled a press conference with halftime show performers Maroon 5. Reports are speculating this was a move by the NFL to hide the band and avoid conflict with the media amidst outcries for the show to be cancelled.

Before Maroon 5 accepted the gig, many members of the music community, including Rihanna and Cardi B, turned it down in protest of the NFL over the ongoing dispute with quarterback Colin Kaepernick. 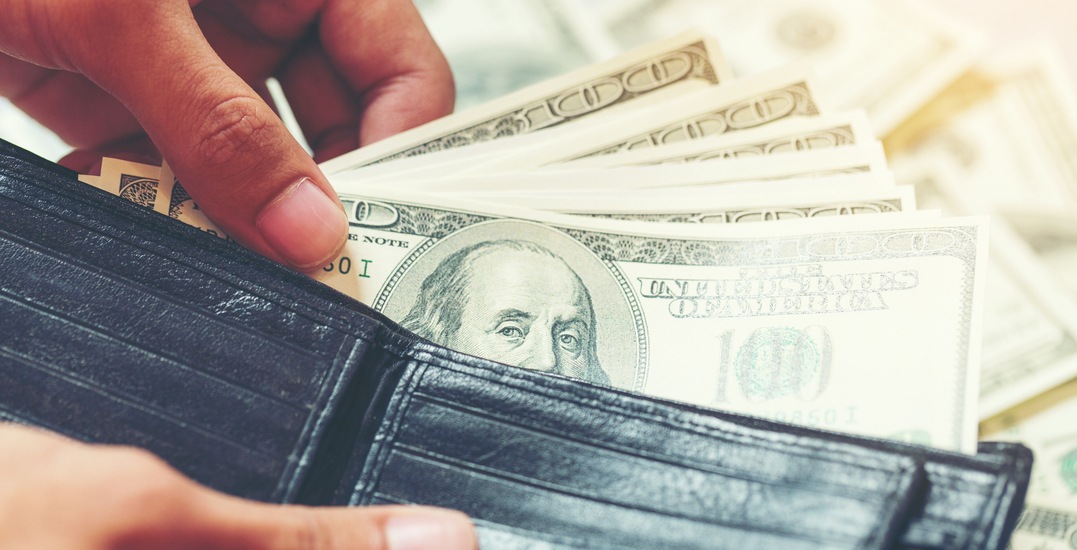 A recent survey from the American Gambling Association (AGA) has found that nearly 23 million Americans (1 in 10) plan on betting on the game this year with the amount totalling over $6 billion – an all-time high. This will be the first Super Bowl since the US Supreme Court legalized sports betting.

There’s no shortage of things to bet on, including hilarious prop bets ranging from the over/under on the time it’ll take Gladys Knight to sing the national anthem to how many times Donald Trump will tweet during the day.