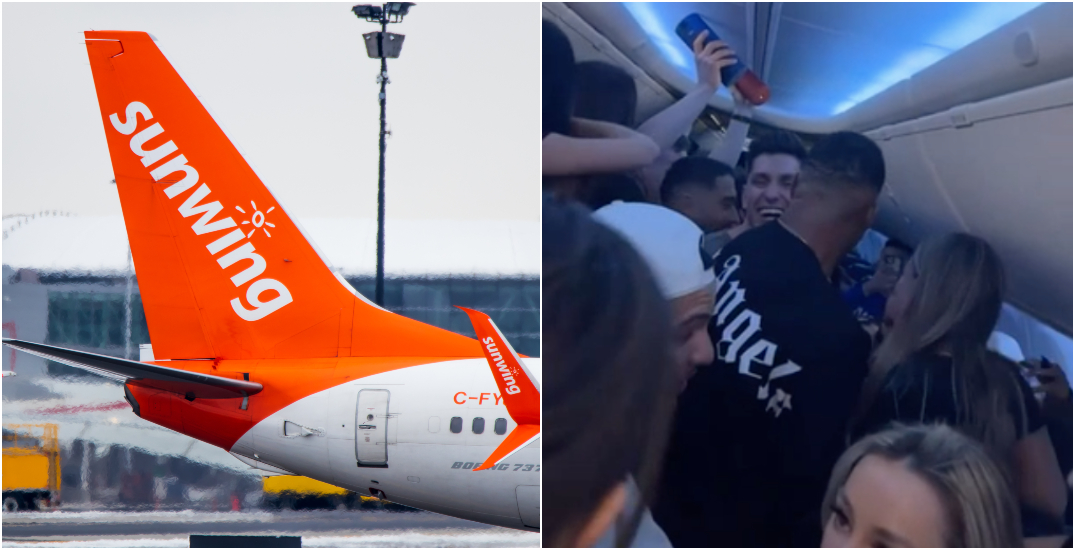 On Monday, Transport Canada announced six passengers on the infamous Sunwing Airlines flight were fined for non-compliance with vaccination rules and not wearing masks.

On December 30, dozens of influencers and Instagrammers boarded a rowdy flight from Montreal to Cancun.

Omar Alghabra, Canada’s Minister of Transport, says that so far 12 penalties have been handed out. The first six of which took place earlier this month. On March 8, Alghabra announced that six passengers were fined for not being fully vaccinated against COVID-19.

On Monday, Alghabra said the latest six passengers were fined “up to $5,000.” The minister says there are “consequences for those who break the rules.”

Alghabra says more fines are on the way.

There are consequences for those who break the rules! We have issued a new series of 6 penalties, up to $5,000, to travellers on the Dec 30 flight to Cancun. 5 penalties for non-compliance w/ vaccination rules & 1 penalty for not wearing a mask. 12 penalties so far. More to come!

Transport Canada did not disclose any more specifics on exactly how much money the six passengers were fined. Since November 30 across Canada, the federal government requires all passengers over the age of 12 to be fully vaccinated against COVID-19 to board a commercial flight, train, or cruise ship.

At the time of the infamous media frenzy, Transport Canada threatened to fine any and all unvaccinated travellers on the flight $5,000.

“Aviation rules must be respected by everyone, for the sake of everyone’s safety,” he concluded. “Transport Canada will continue to investigate and issue all necessary penalties.”