It may have taken it’s time to arrive, but now that summer is here it looks like the sunshine isn’t going to go away anytime soon.

According to Accuweather.com, the warm weather will persist until mid-September in Metro Vancouver, save for some occasional rain and the odd thunderstorm punctuating the soaring temperatures. 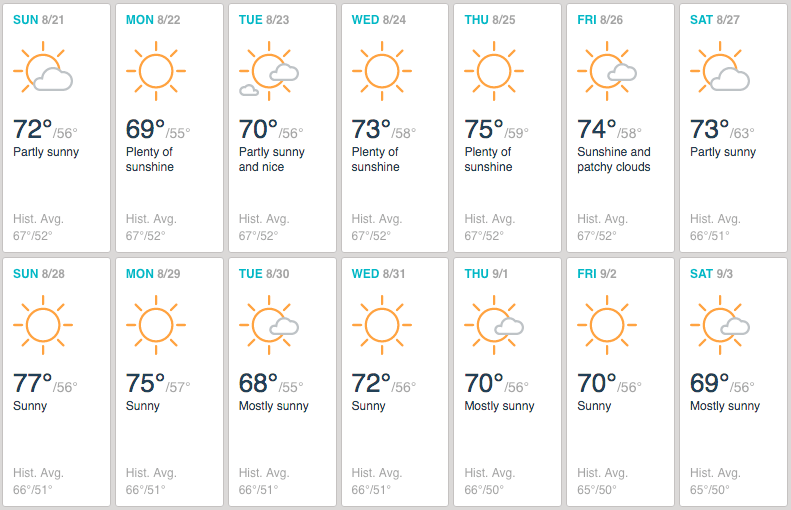 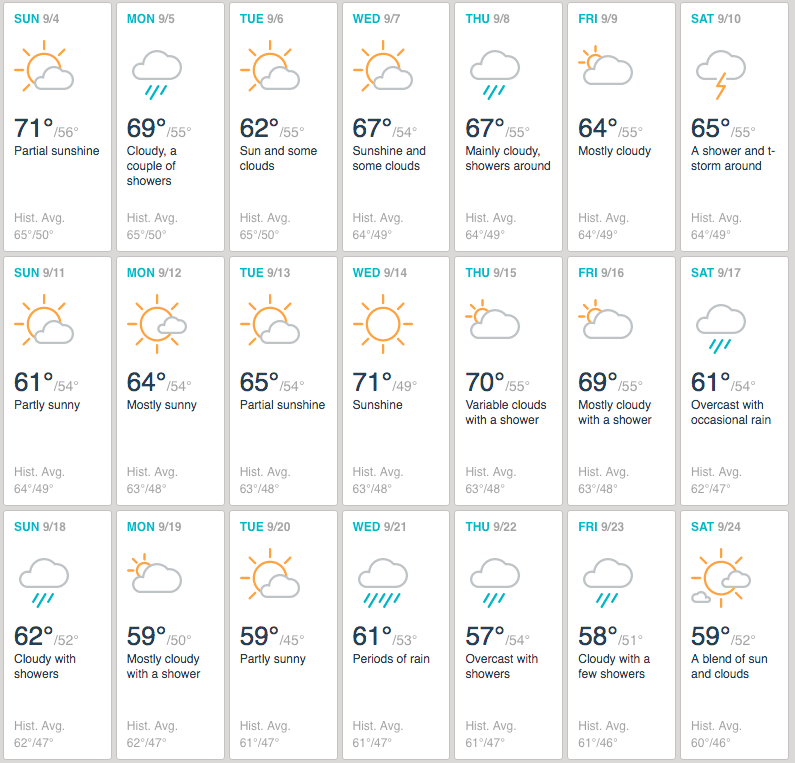 After that, however, it appears fall will start to kick in with consistent rain and lower temperatures forecast from late September moving into early October.

The sunshine is of course a welcome break from the wet weather we had to endure at the start of the summer. However not everyone is happy about the heat.

Environment Canada has had to issue extreme heat warnings for inland portions of Metro Vancouver, as on Thursday alone, temperatures are expected to reach 35°C in some parts of the city. A campfire ban has also come into effect and owners are being warned to take extra care to ensure that their dogs don’t become dehydrated in the heat.

Environment Canada recommends staying hydrated and staying in air-conditioned buildings while temperatures are that warm.