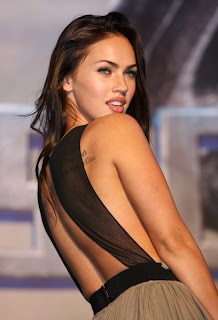 Well normally the Urban Dweller is pro Liberal but they messed up royally with the BC Pavilion in Tiananmen Square in China. Approximately 40,000 visitors or about 10% of projected visitors entered the pavilion. This was undoubtedly a failure no matter how it is spun. Apparently the business contacts that were made were invaluable. I guess those benefits will be determined in the future as this Vancouver Asia-Pacific gateway strategy progresses.

That is just one of the fuck ups the Liberals have delivered in the last little while. They need to soften up their image, because right now they come across as arrogant bastards who just don’t give a shit. Newsflash, change your ways or you will lose to the NDP and we’ll all rejoice as we go back to the doldrums of the 90’s yet again. Hooray for unions! Pure fuckery.

The higher ups at Vancity Buzz were fed up with the lackadaisical approach of Maverick, Schwab, Skeets and their merry man of goat fuckers. I decided to take the initiative and start the discussion on the upcoming civic election for mayor of Vancouver. From now until November 15, 2008 the issues will be outlined and analyzed, certain that my blunders will be pointed out by our loyal readers.

Lastly, the beautiful Megan Fox was recently in Vancouver filming Jennifers Body. What this movie is about, the Urban Dweller doesn’t know nor seem to care. The only reason I mentioned is that one of my buddies that works in the movie industry said that Megan Fox and co-star Amanda Seyfried engage in some hot lesbian action on set. How much of it makes the final cut is any body’s guess. Lets hope all of it does.