On February 22, we were fortunate enough to able to partake in the Sun Life Financial Skate with the Canucks at Rogers Arena. According to Paul Joliat of Sun Life Financial, the special event was an opportunity for Sun Life to give back to the local community in Vancouver and give various community groups the opportunity to come down to Rogers Arena to skate on the big ice under the bright lights and to meet some of the Vancouver Canucks players. 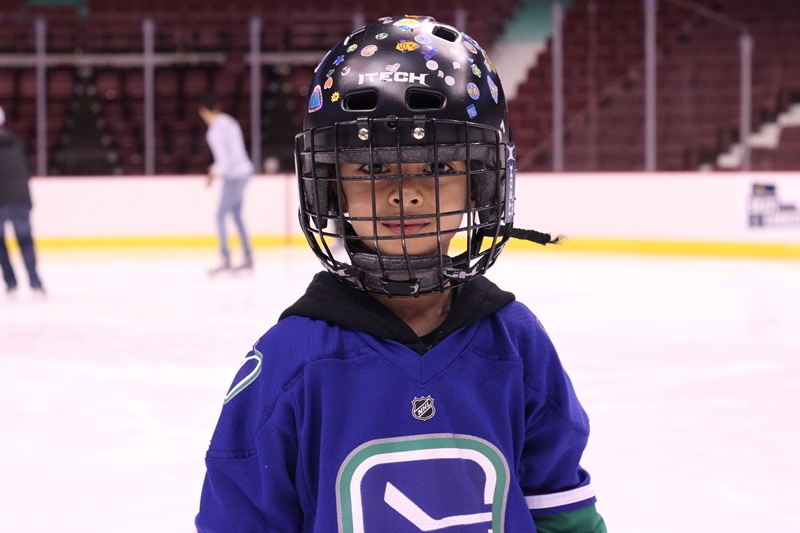 The event happens once a year during the hockey season, depending on the Canucks schedule. Throughout the 6-hour event, each different skate session sees different Canucks players including alumni and all time greats.

“The big focus at Sun Life is our commitment to the prevention of diabetes and its related complications. In the past year, Sun Life has committed upwards of 10 million dollars to fight the disease in Canada. One of the big objectives of the event is to host diabetic children and their families and so it’s our hope to give the opportunity for them to come down to Rogers Arena and escape their disease for the day,” says Joliat.

“We really want to encourage people to get checked. Our research shows that 60% of Canadians have not been screened for diabetes in the past year. It’s the leading cause of blindness in Canada, and of amputations and all the different complications that can arise from diabetes are dramatic and it’s not something people talk about a whole lot. We’re trying to raise awareness of the disease and really encourage people to get checked by their doctor, ” Joliat on how people can help, donate, or find more information on the cause. 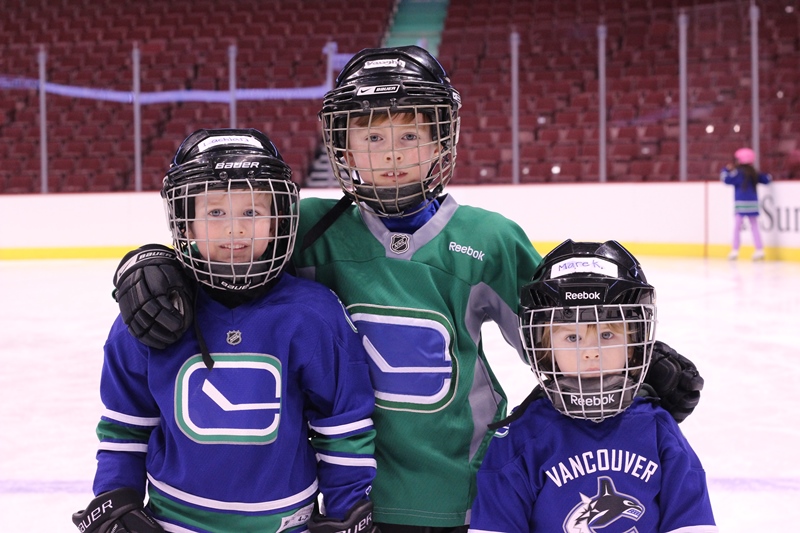 For more information, visit www.sunlife.ca and help spread the word about this disease and how to help yourself and others.

“We’re just really excited to be here and be part of the community here in Vancouver. It’s nice to see everyone with great big smiles on their faces and really have the opportunity to come down with their families and enjoy as big fans.” 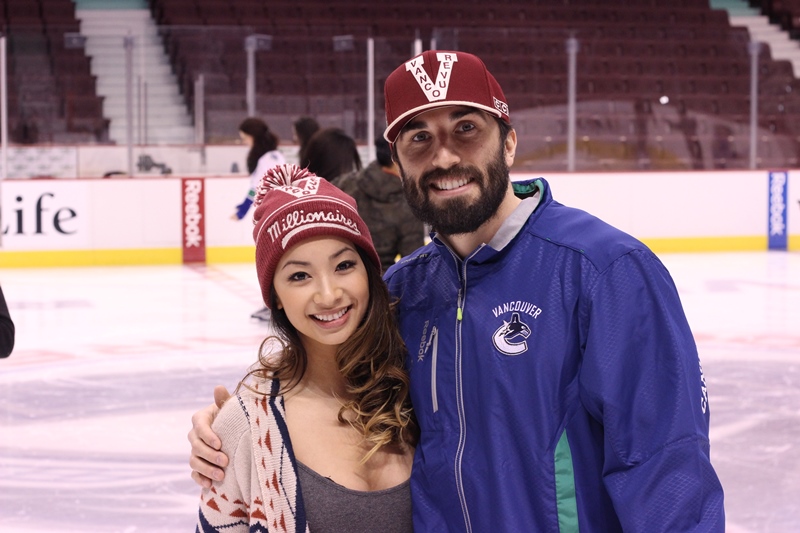 We were fortunate enough to skate with Vancouver Canucks, Jason Garrison and Brad Richardson and one of the biggest legends, the iconic ‘Captain Kirk’, Kirk McLean. We asked Captain Kirk a few

“It’s a great event. It’s a good way to interact with the people, they’re having a great time out here and it’s been fun. I was here earlier for the breakfast and signed some autographs up there for an hour and really enjoyed the people,” said Kirk McLean. This is the first time I’ve done this event. I know a bunch of the guys have done it before. I was unavailable for the last few years. But it’s a no-brainer.

“Well, to stay patient, obviously. There are 22 hockey games left and it’s going to be a dog fight without a doubt. But they certainly have the personnel to be able to pull it off and get into the playoffs and then you’ll never know what can happen,” said McLean when asked about the remainder of the Canucks season. 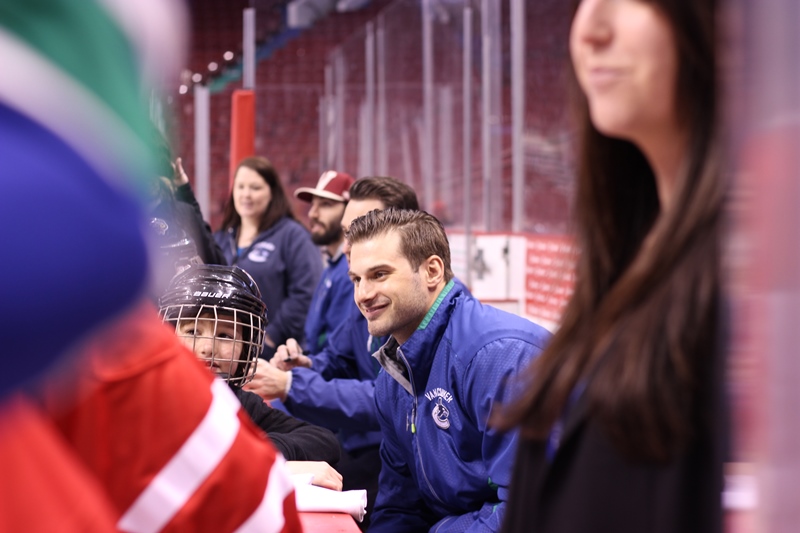 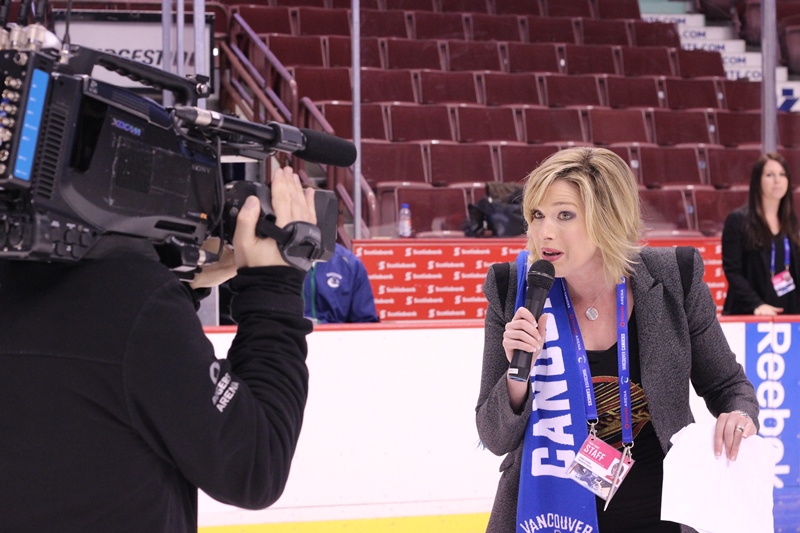 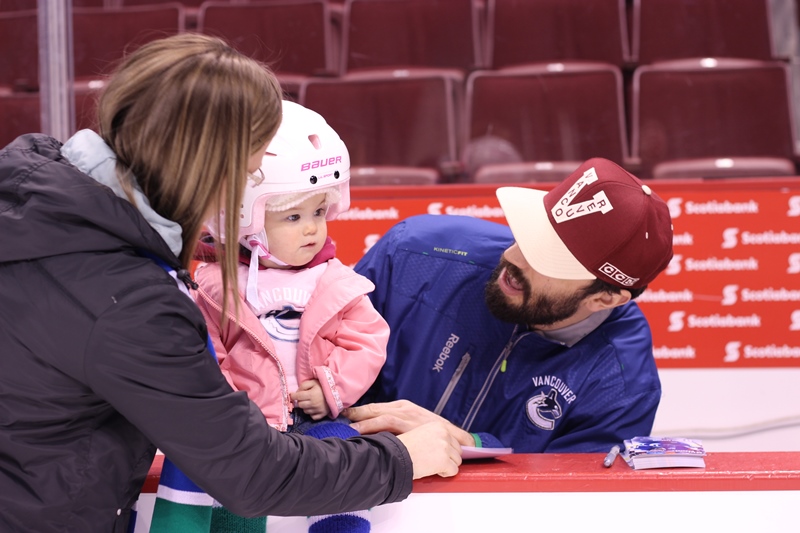 Thank you to everyone at Sun Life Financial and the Vancouver Canucks for having us at their special event.