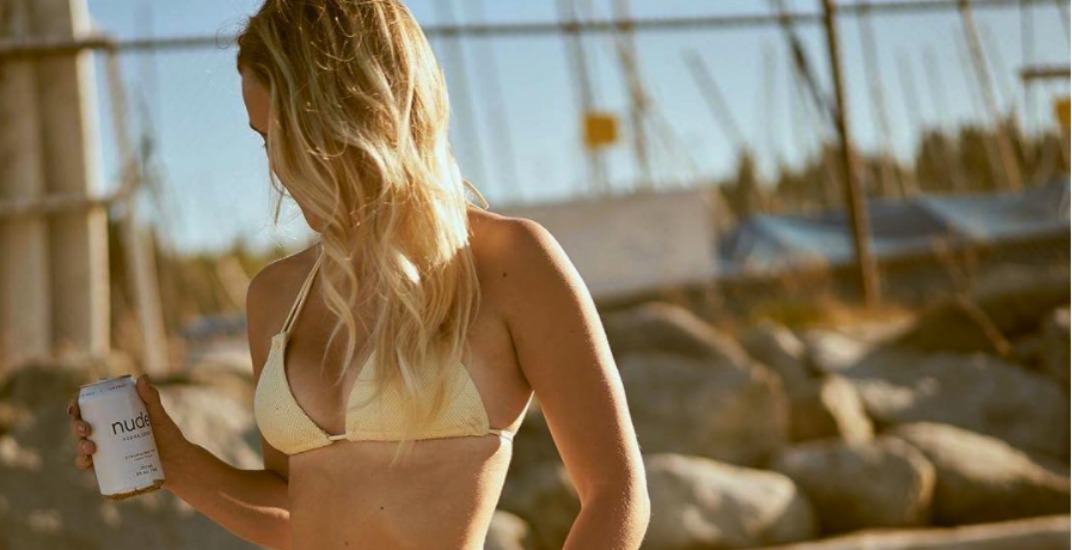 Okay, Vancouver, microbreweries are a big deal, we get it.

But you’re not always in the mood of drinking a hoppy ale, saison, or a sour craft beer. And you want to try something else.

Luckily, you do have other options – good options.

Lighter, brighter, and fruity, these summer drinks will open your tastebuds up to a whole new world of flavour you never even knew existed. So you don’t have to buy a six-pack of beer the next time you’re hitting up a sizzling summer barbecue, or when you want to crack a cold one to cool down because you have no air-con at your place.

Here are seven brand new BC-made summer drinks you need to try when the sun is blazing. 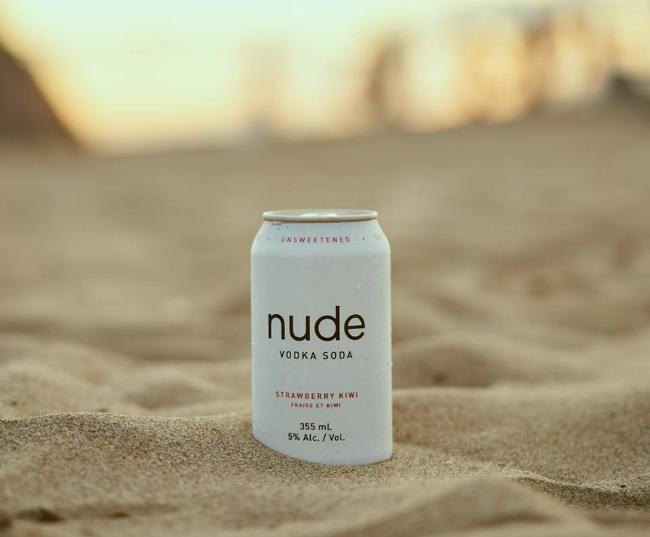 If crisp and refreshing is what you like then you’ll want to try this Nude Vodka Soda summer libation. Handcrafted here in BC with all-natural extracts and essences, it comes in a fruity strawberry kiwi flavour.

It’s only been three weeks since it launched and it’s selling out everywhere. It’s no surprise since the drink is sugar-free, sweetener-free, gluten-free, and contains only 100 calories per can, while still holding 5% alcohol. Cucumber mint and peach flavours are being released very soon so stay on the lookout for these white minimal-designed cans the next time you’re in the liquor store – you won’t be able to miss them. 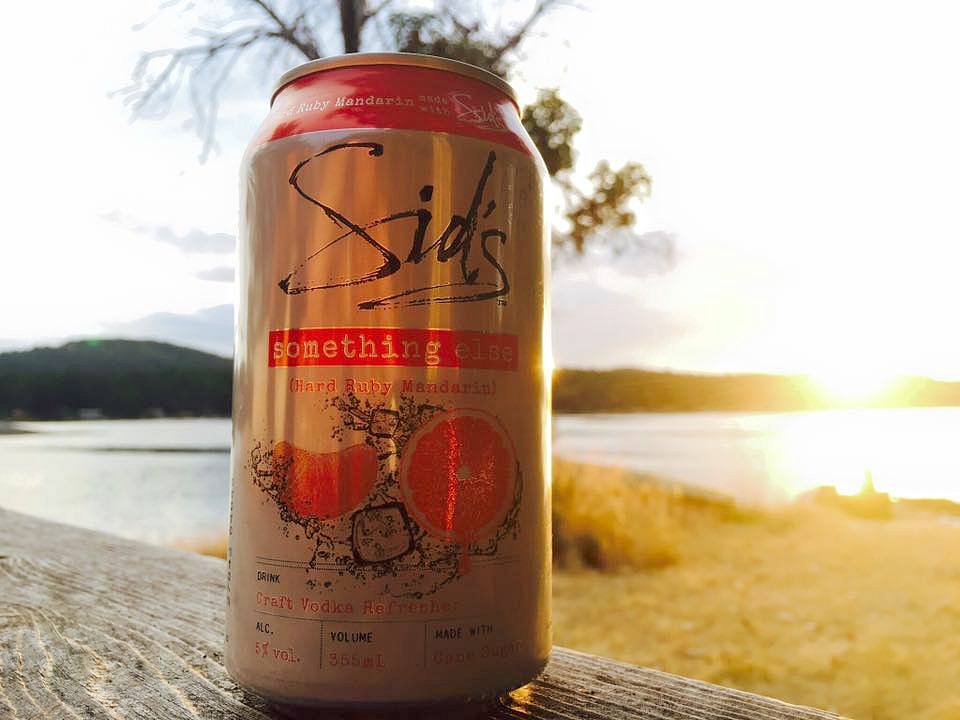 Light and sensationally summer-inspired, this sparkling beverage is made by the same distillery that makes Sid’s Handcrafted Vodka. It contains all-natural flavours and sugar cane, and it comes in one must-try flavour – ruby grapefruit and mandarin. You can get the 5% alcohol beverage at BC Liquor Stores. And expect a root beer flavour appearing on shelves soon. 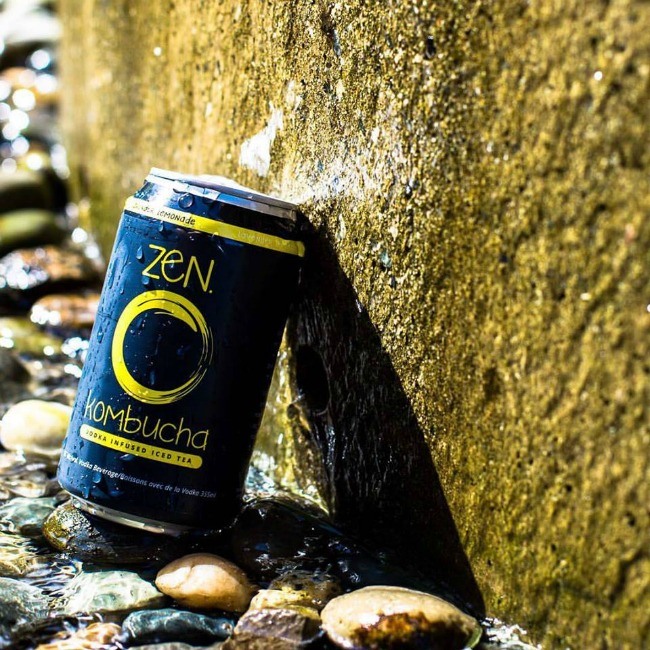 Fair trade and organic ingredients make this vodka-infused kombucha iced tea a new summer favourite. Zen Kombucha Iced Tea offers the summer drinks scene something totally different and comes in a quirky lavender lemonade flavour. It packs a punch with 5% alcohol and since the brand dubs this ‘Canada’s hottest cold drink’, you might want to sample it for yourself. 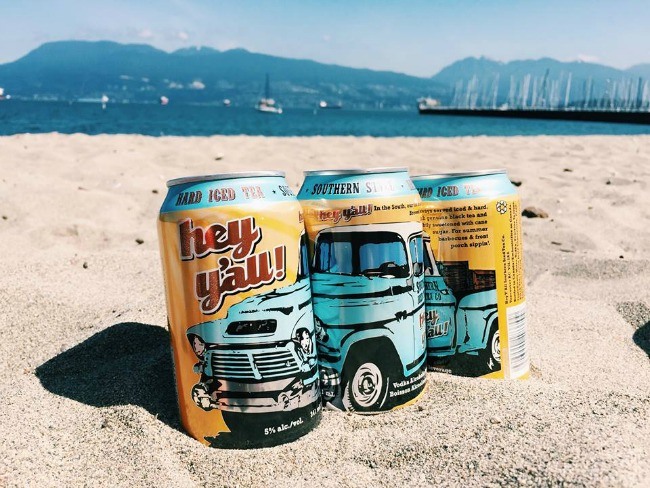 If you want to try an adult beverage that’s a little bit stronger, then this series of Southern-inspired ice tea drinks could have something you’ll want to sample this summer. You can purchase the tall can drinks in two flavours; exotic tequila lime and Kentucky sweet bourbon. And since this drink has 7% alcohol content, you might be on your way to tipsy town after having just the one. 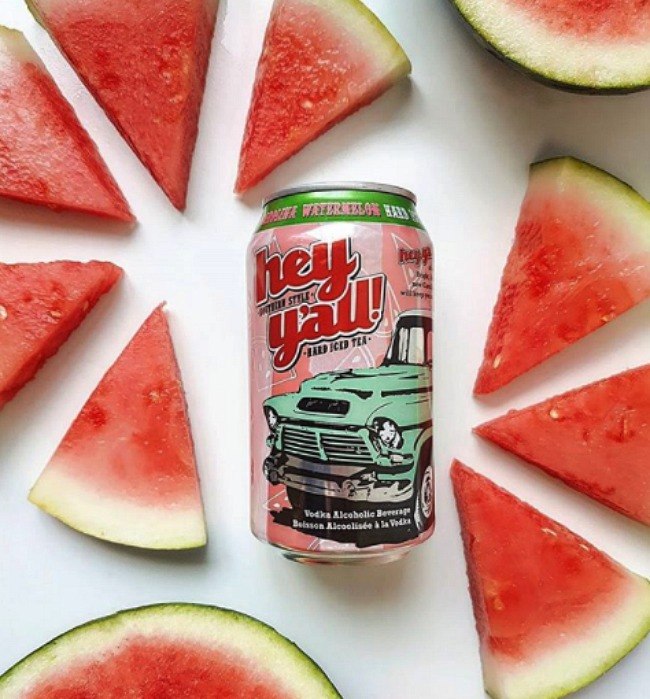 Since watermelon is the perfect summer fruit, Hey Ya’ll decided to add this new, light, summer flavour to their collection of bevvies. It’s a Southern-inspired iced tea made in BC and it contains a little less booze than the above series, with 5% alcohol. You can snap it up in a six pack and sit back to enjoy the refreshing tones in the sunshine. 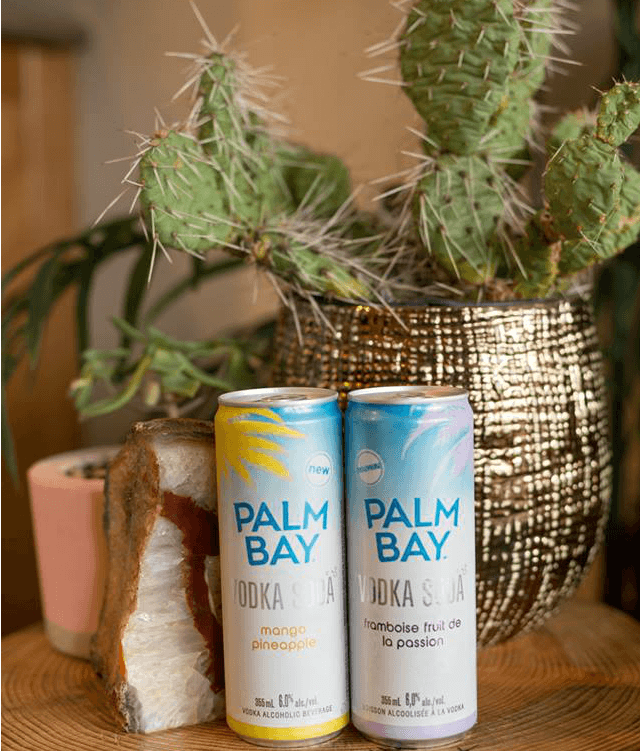 Palm Bay has launched two vodka soda drinks for the summer season; a twist of mango and pineapple and a fusion of raspberry and passion fruit. These drinks are a new extension of the Palm Bay brand since it was sold from the Mark Anthony Group to the Labatt Group last year (for the rights to Canada). They have half the sugar content of a regular Palm Bay drink, which is 17 grams. And they also contain a solid 6% alcohol so one flavour could be your new best friend during a liquid lunch with your pals. 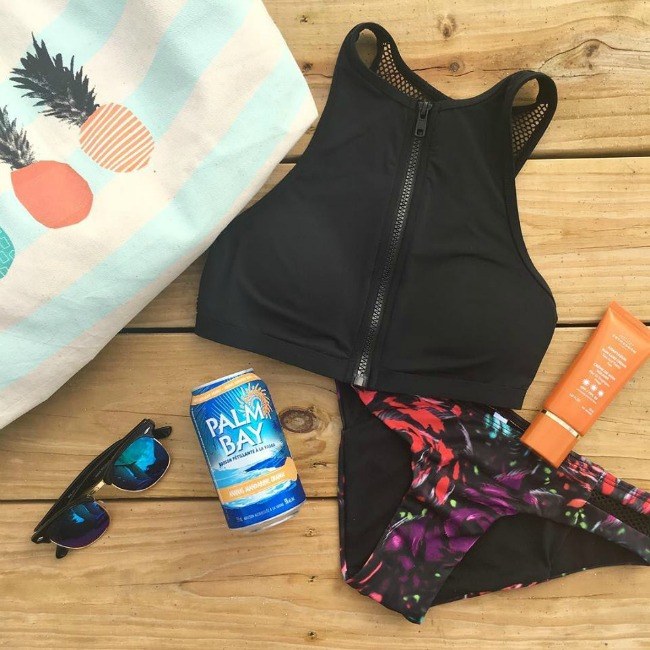 Hard iced tea becomes even more exciting when you can drink it in a wide range of flavours from pineapple with mandarin orange, to key lime cherry, and strawberry pineapple, the list goes on. You can get a pack of these summer flavours containing 5% alcohol at your local liquor store. You know, the next time you get thirsty.