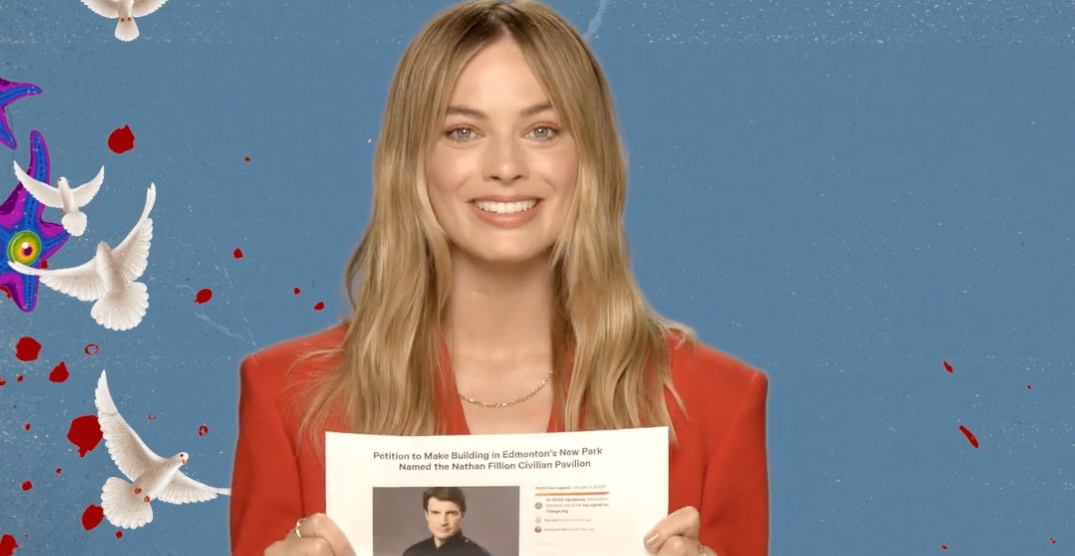 The cast of one of summers biggest blockbusters have spoken, and they want an Edmonton park named the Nathan Fillion Civilian Pavilion.

A petition created two years ago called for an unnamed park in the city to be named after The Suicide Squad star, who was born and raised in Edmonton.

It has now caught the attention of the cast of the film, which serves as a sequel to 2016’s Suicide Squad.

“That is so funny, I 100 percent support this completely and I really, really hope you succeed in this mission Edmonton,” said Margot Robbie in the clip put out by Warner Bros. Canada on Youtube.

The petition was created two years ago, and has since garnered nearly 15,000 signatures.

“We hope you succeed in this mission Edmonton, more than you could possibly believe,” said the films director, James Gunn.

#TheSuicideSquad cast & I are 100% in favor of the Nathan Fillion Civilian Pavilion. Do my pal right, Edmonton. @NathanFillion pic.twitter.com/OZCKZsVLGZ

“I am intrigued, and I am excited, and I am eager to see how this story plays out,” added John Cena, who portrays the Peacemaker.

Nathan Fillion will portray Cory Pitzner / The Detachable Kid (T.D.K.) in the film.

With the approval from the likes of Margot Robbie and James Gunn, we’ll have to wait and see if the city of Edmonton will choose to name the park the Nathan Fillion Civilian Pavilion.

Until then, go check out The Suicide Squad. It hits theatres August 6.