Do you ever look at a rambling man on the street and think, “that would make a great play?” No?

Ins Choi does. It’s part of his four year development process on Subway Stations of the Cross, a non-linear followup to this spring’s more conventional Kim’s Convenience. That the Arts Club would put on a play like Kim’s truly surprised and delighted me, and being introduced to Choi’s keen insight on Korean family relations was a great treat.

I chatted with Choi over the phone to find out more about the Torontoian’s next production to hit the West Coast:

A homeless man stands on a cardboard platform with a sign that reads “PREPARE”; the beginnings of a peculiar message from God. Choi’s unpredictable, mashed up meditation on the sacred and everyday is told through the songs, stories, and poetry of a nameless vagabond.

Choi workshopped the play over four years, performing bits and pieces on unsuspecting church audiences. It gave him a way to test out select bits of rambling and earmark the gems that truly resonated with people. 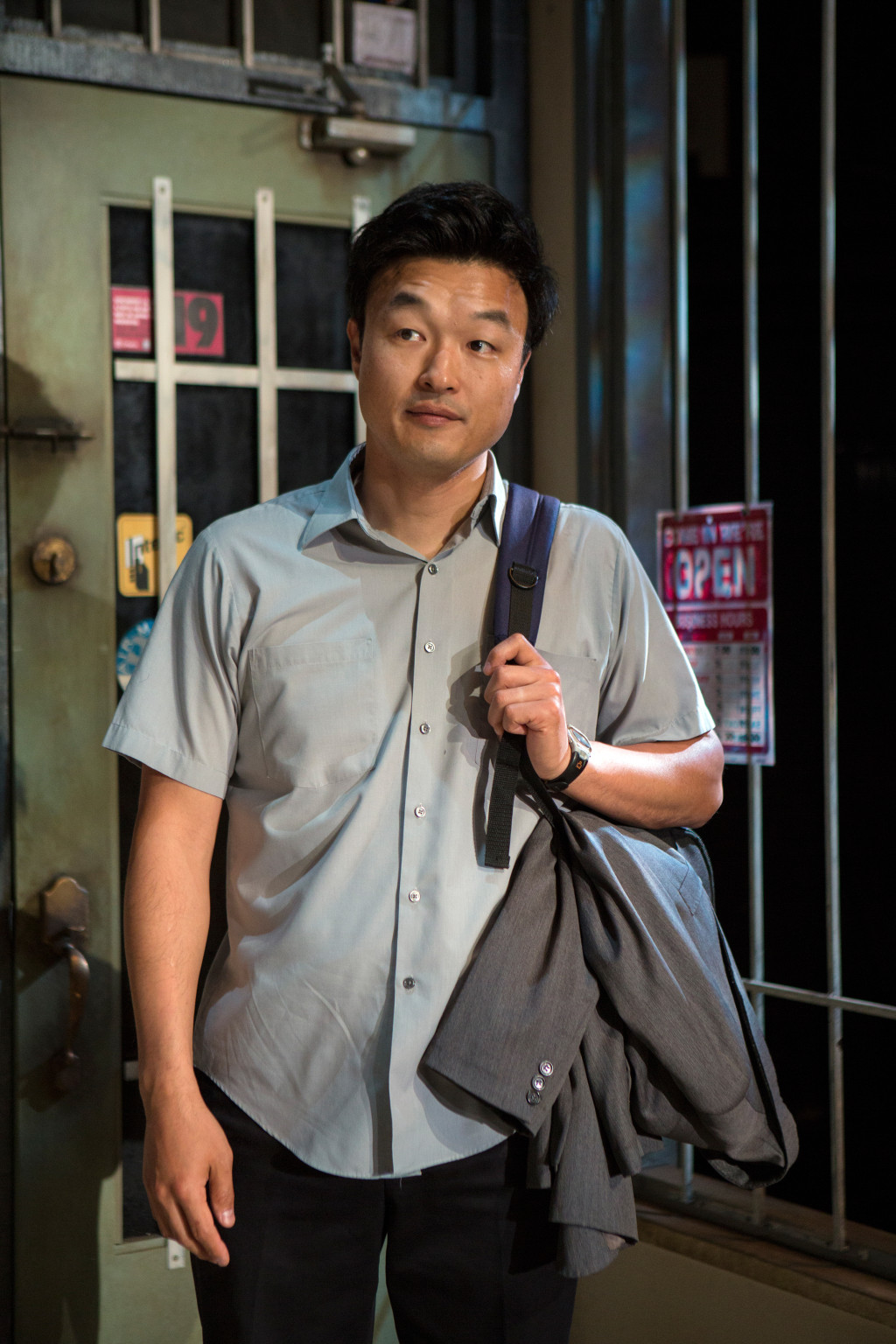 Ins Choi in his last appearance in Vancouver – Kim’s Convenience.

It’s a great leap of faith to go from Mainstage theatre to something like Subway Stations. I’m glad that Choi isn’t sitting on his laurels with ‘ethnic’ work, but instead casting himself in non-traditional roles that pretty much strip race out of the equation. When you see a homeless person on the street, social-economic status typically outweighs skin colour.

But Choi seems to work best that way – he’s got four plays in various stages of development, all different genres and settings. He calls himself a “tinker of all trades, and master of none,” and modestly attributes his success to hard work than to any specific ‘genius’ artistic talent.

If he pulls this off, Subway’s character will serve as a wonderful disguise for Choi to exchange our usual expectations for another set altogether. Fingers crossed.

Ins Choi is currently the Resident Artist at Soulpepper Theatre in Toronto. Subway Stations of the Cross is presented by Pacific Theatre and runs from November 19-22. More information here.

Update: Choi will be donating all of his proceeds from the Nov 20th show to benefit Union Gospel Mission.