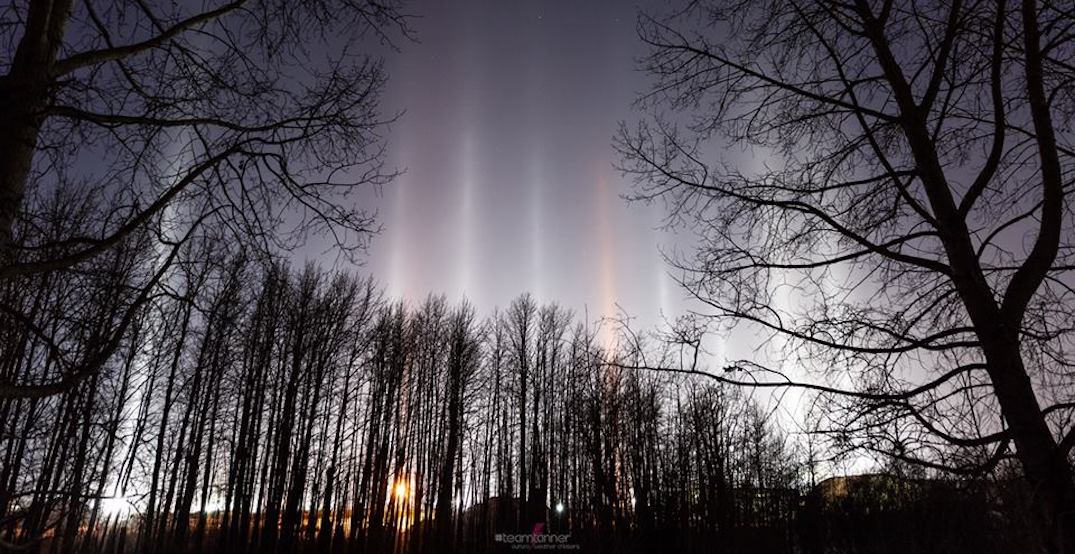 The extreme cold might be keeping most photographers within the comforts of their heated homes, but at least one managed to capture a phenomenon only seen when the temperatures drop.

Light pillars only occur in cold weather when tiny ice crystals reflect light from a nearby source, creating what appear to be shafts of colour extending into the sky.

According to Tanner’s description of the photos he posted to Facebook, he could only bear taking photos for mere minutes at a time due to the extreme cold.

“The light pillars were insane in Central Alberta this morning!!” he wrote.

“This one was taken in Blackfalds at 4:57 am. It was -30°C but -42°C with windchill. Even with three layers on we were cold. We could only be out shooting a minute or two at a time.”

Tanner also posted a photo of the pillars over the city of Lacombe, which was taken roughly one hour before the one of Blackfalds’ sky.

The same phenomena could also be seen last weekend, with Instagrammer john_barnes500 posting a photo of central Alberta on February 2.

The cold might hurt, but it at least brings a beautiful silver lining.