There’s something brewing at CMEC’s Explore Program, a government-backed language exchange that takes place every year across Canada. Students attending one particular institution in Quebec have taken to Facebook to fight what they view as the organization’s inadequate policies.

What is the Explore Program?

Founded in 1971, the Explore Program was created with the intent of providing students with opportunities to learn French in an immersive cultural experience.

The five-week program has spring and summer sessions, consisting mostly of high school and university students who travel to over 20 participating institutions. The Explore Program (age 18+) and Destination Clic (grades 8-9) are funded through the Council of Minsters of Education, Canada (CMEC).

For Explore, most full-time applicants will receive a bursary to the tune of $2,200 (per student), paid directly to the institution to cover tuition, accommodation, food, and recreational and leisure activities. It’s a significant government investment in developing Francophone language and heritage across Canada.

I couldn’t find numbers of how many students go through the program every year, but it’s so popular that there’s actually a lottery draw for applicants. The most popular destinations (Montreal and Quebec City) are invariably oversubscribed, so most students wishing to attend school within Quebec usually end up in a smaller town like Trois-Rivières or Chicoutimi.

I did a five-week program in Chicoutimi between university semesters. While French language didn’t stick after my return to the West Coast, appreciation of Francophone heritage did, as well as memories of an amazing experience in small town Quebec. 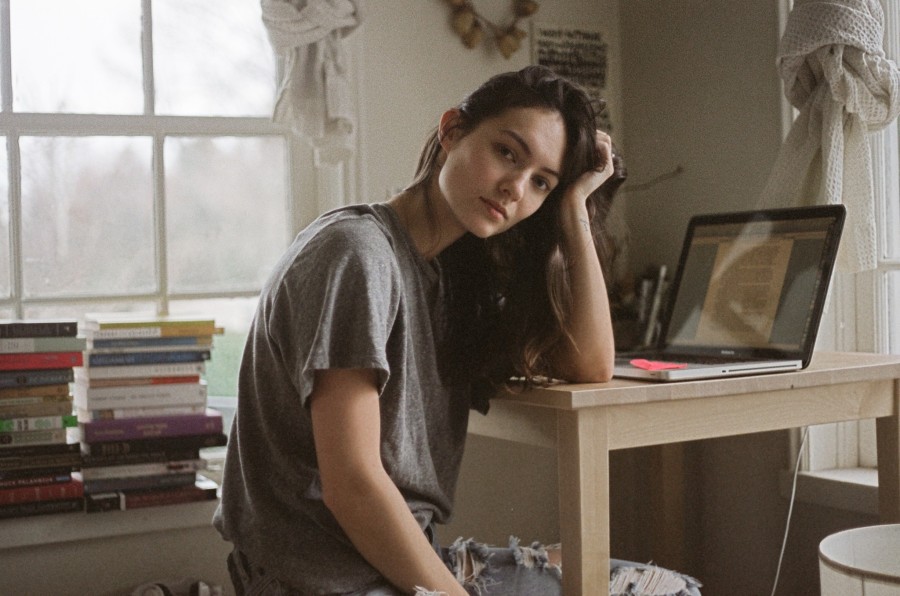 Fellow Vancouverite Kyla Jamieson, who recently left her Trois-Rivières program two weeks before completion, brings forth some troubling allegations of a system unable to adequately address concerns of rape culture and consent.

Since her departure from the program, students at Trois-Rivières have kicked it into high gear, rallying on Facebook and organizing meetings with school administration and the program’s provincial coordinator.

Jamieson, a recent UBC grad, also emailed Louis Lizotte, the Interim Director General of CMEC about her concerns. Here’s a part of that email that describes the incident that sparked the entire debate:

In the skit, a few girls go to a bar and are dancing. A male character appears and puts GHB in one of the girls’ drinks. A few girls drink from this cup and two pass out. The would-be rapist attempts to drag one of the girls off stage, but is too weak/gives up. He does not attempt to drag the other girl, who the animateurs (ed note: staff supervisors) have established as a frumpy/loner type, off stage –apparently because she is too unattractive to rape. The animateurs presented this as a comedic sketch, and many students laughed and clapped, as did the Explore staff who were at the assembly watching the skit…

She goes on to describe another incident which happened on a separate day, both of which motivated her to begin asking some tough questions. Jamieson posted on the collective Facebook group for current Trois-Rivières participants and staff, gathering similar concerns about the events from fellow students.

No centralized stats on ‘incidences’

Late yesterday, CMEC’s Interim Director General Louis Lizotte replied to her email – the entire response can be viewed on tumblr. Vancity Buzz also reached out separately for comment, and here’s part of the response we were given:

Sexual assault is not a topic for levity. The Secretariat has been in contact with the Quebec Ministère de l’Éducation, de l’Enseignement supérieur et de la Recherche and can confirm that the UQTR program will be reviewing its approach to educating immersion students about sexual assault and fostering a safe and inclusive school environment for all students.

We will be speaking with the provincial and territorial officials responsible for Explore, and with Explore program directors from across the country, to ensure sexual assault and anti-discrimination policies are in place at each institution and will promote these goals and advance human rights education in the context of second-language immersion programs.

The real-life implications of sexual assault on school grounds concerned me greatly, so I followed up with another question: How frequently are reported incidences of rape and sexual assault within the CMEC Explore Program?

Communications Director Colin Bailey responded back for Louis Lizotte: “Statistics on incidents of rape and sexual assault would be available at each institution that hosts an Explore program. The programs are under the authority of the hosting institution and would be subject to all of the institutions policies, practices, and reporting mechanisms.”

The implications of that statement were sobering, especially considering how these ‘hosting institutions’ are funded on the basis of taxpayer money.

If (under)reported numbers like these are held at a per-institution level, what type of oversight exists to inform CMEC administrators on how the system works as a whole? And which schools in particular are perpetuating the rape culture that Jamieson and her fellow students are working so hard to change?

I asked again for the reported incidences of rape and sexual assault for the school in question, Trois-Rivières, and was directed to Esther Chouinard of Quebec’s Ministry of Education. She sent me a one-liner saying she wasn’t sure if she had that statistic available, but that she’d get back to me. At time of publishing, no further information has been made available from the Ministry.

Kyla Jamieson is now in Montreal, but continues to fight for change alongside students still in the program, which wraps at the end of the month. In a phone interview with Vancity Buzz, she expands on her French immersion experience:

1. Why is this such an issue for both Trois-Rivières and the program in general?

During my first meeting with the administrators (which they later tried to take back as an exaggeration), they told me the reason they performed that skit: every time they put on the program a girl is drugged and/or raped.

They told me that a girl was raped in the spring session of the program, and she went directly to the police. I also know of someone who was raped last summer in the program.

2. What was it like at Trois-Rivières on a day-to-day basis?

In the mornings, we had four hours of university-level French instruction. In the afternoon, there was usually a number of mandatory workshops led by staff, with different activities like newspaper writing, environment or theatre. Outside of this, there were also many mandatory evening activities like assemblies.

3. Give me some more details about the other incident that made you take action.

The second incident happened about a week ago. It was a mandatory workshop using comic drawings and improv, and there were maybe 15-20 people in the class. One of the groups, with help from the instructor, drew scenes in which a female character was given GHB – the date rape drug. In the next scene, she’s shown holding a positive pregnancy test.

My group was expected to perform this comic in front of the class, and I told the instructor I was not comfortable doing so. His response was one of complete apathy.

4. From my time in the Explore Program, I remember they had a strict ‘French only’ policy in place. How difficult was it for students to communicate concerns to staff?

It gives the supervisors a lot of power over insisting that these types of jokes are okay. They gave me explanations in French about how it’s just their sense of humour, and how they’re entitled to it. I feel like it’s just because they can. No one’s French is good enough to hold them accountable.

5. What was the response from the school?

It was really frustrating, as their position was that it wasn’t our responsibility to educate people about consent. The head coordinator told me that the school would apologize, but wouldn’t do anything beyond that. She said that the school just didn’t have any resources for survivors of sexual assault, and that they didn’t know where to find them.

They ended up posting an apology in the [now private] Facebook group with one French language resource referenced.

Many Canadian post-secondary institutions are experiencing student-led challenges to the perpetuation of rape culture, and it sounds like summer educational programs such as Explore are also coming under scrutiny.

Based on the administrative response so far, I remain hopeful that this well-organized effort will lead to systematic change and policy reform – instead of simply patching things up in time for the next fresh group of students.

Concerned students at Trois-Rivières have arranged an online petition called Re-educating UQTR. The many public comments underneath the petition indicate that this is hardly an isolated incident at one single institution. To keep updated about ongoing developments, follow Explore Rape Culture on tumblr.