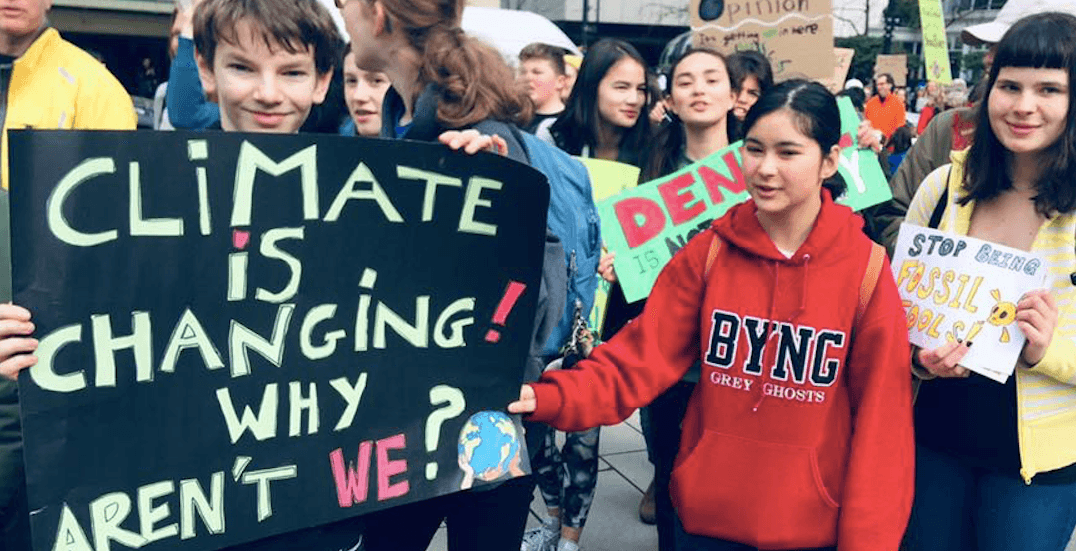 The School Strike for Climate, or #climatestrike, is part of an international movement to have young people’s voices heard about climate change.

Today’s protest garnered impressive numbers as herds of college and university students joined in as well.

The group marched downtown chanting “For our future, for our life,” and “Hey Hey Ho Ho, climate change has got to go,” before converging at the north side of the Vancouver Art Gallery.

The protests are part of a movement that was initiated by 16-year-old Greta Thunberg out of Sweden, whose activism and stance against climate change earned her a Nobel Peace Prize nomination.

The action is being applauded by BC Greens Leader Andrew Weaver, who says he is “humbled and honoured” to stand with the world’s children and youth as they demand action on a topic close to his heart.

“All of the science is pointing to the fact that we are fast running out of time to avoid global catastrophe, and yet around the world, political leaders are failing to consider the existential threat that we face,” said Weaver.

“To quote Greta Thunberg, ‘we need to focus on what needs to be done rather than what is politically possible.’”

If you weren’t around to witness the protest, these pictures and videos do a pretty good job at demonstrating that the students got their point across.

The crowd is arriving at Vancouver Art Gallery #climatestrike pic.twitter.com/2Enzhnq7K0

There’s hope yet. I found some standing with, and for, our future generations today at the #ClimateStrike in Vancouver – “just like the oceans, we rise” and like the youth, we must demand change pic.twitter.com/tcrCUotlxC

Went to the #ClimateStrike in Vancouver this afternoon to restore my faith in humanity. pic.twitter.com/WZnmOlYAtM

So inspired by the youth standing up to demand #climateaction, here in BC and around the world. Students in Vancouver join the global #ClimateStrike#FridaysForFuture #YouthStrike4Climate #yvr pic.twitter.com/5IKFisgLU9

Heard over and over: “Trudeau, Scheer, Singh, THEY’RE ALL THE SAME.” Plus an appeal from the kids to listen to science at #ClimateStrike #Vancouver #cdnpoli#bcpoli #vanpoli pic.twitter.com/MsjmskYHnl

“We don’t get the luxury of ignoring climate change”… “14 + 12 = TOO YOUNG TO DIE” #ClimateStrike #Vancouver #bcpoli #cdnpoli # vanpoli pic.twitter.com/0Or99w8Uls 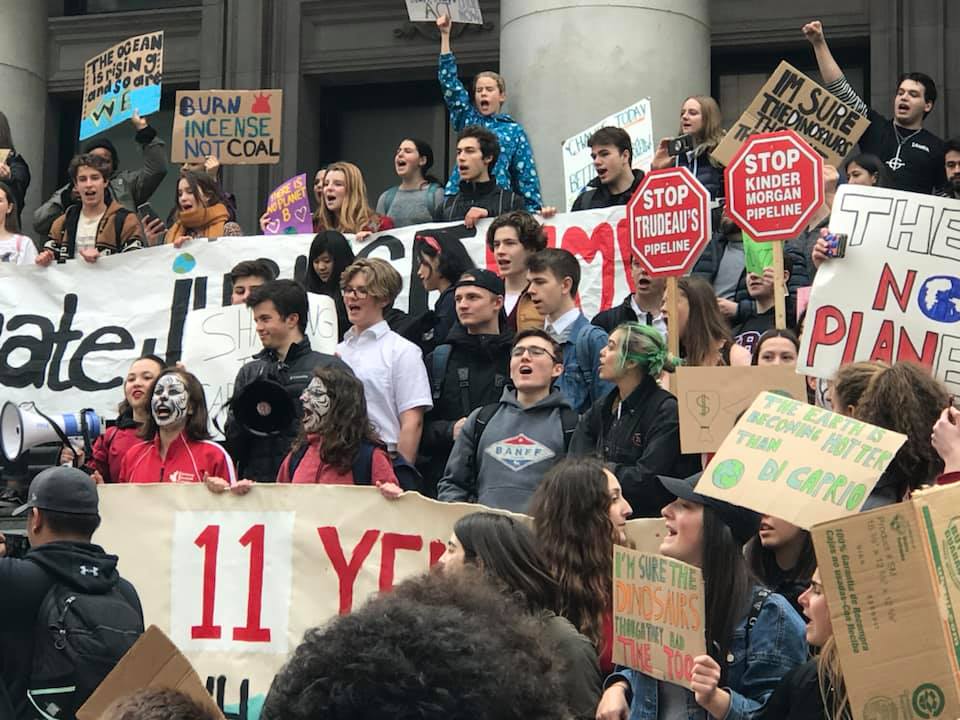 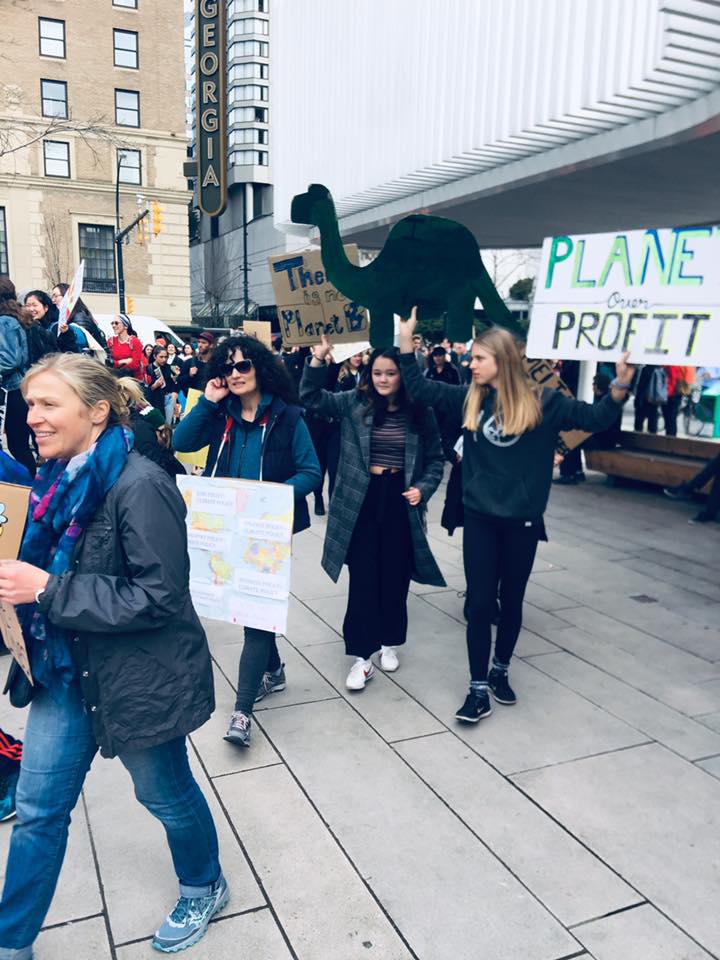 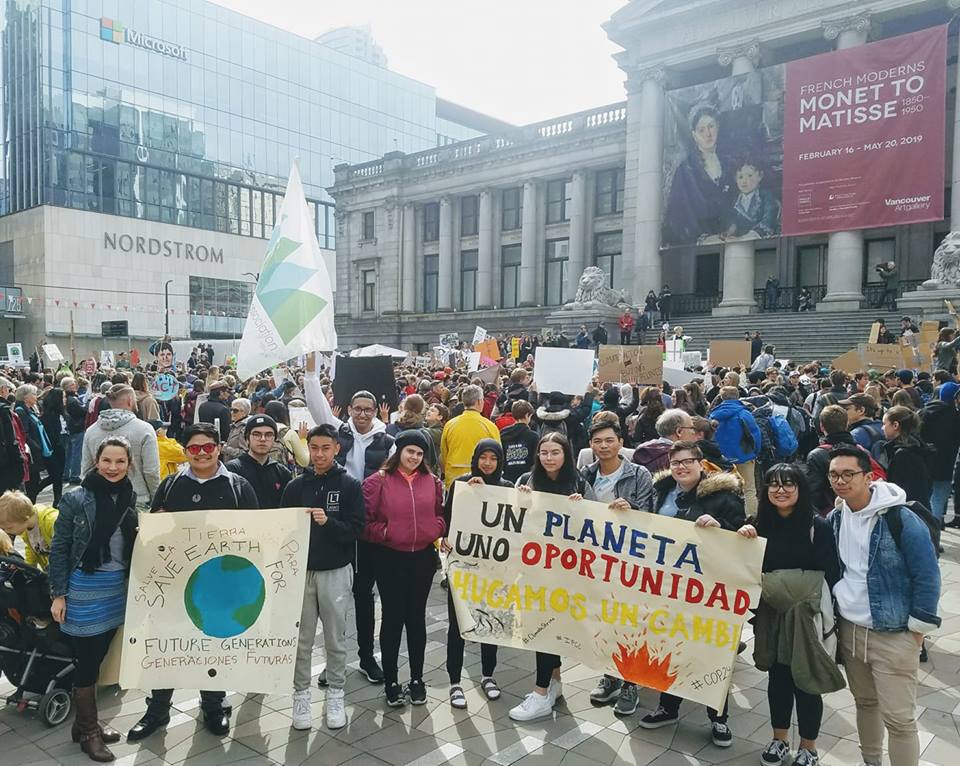 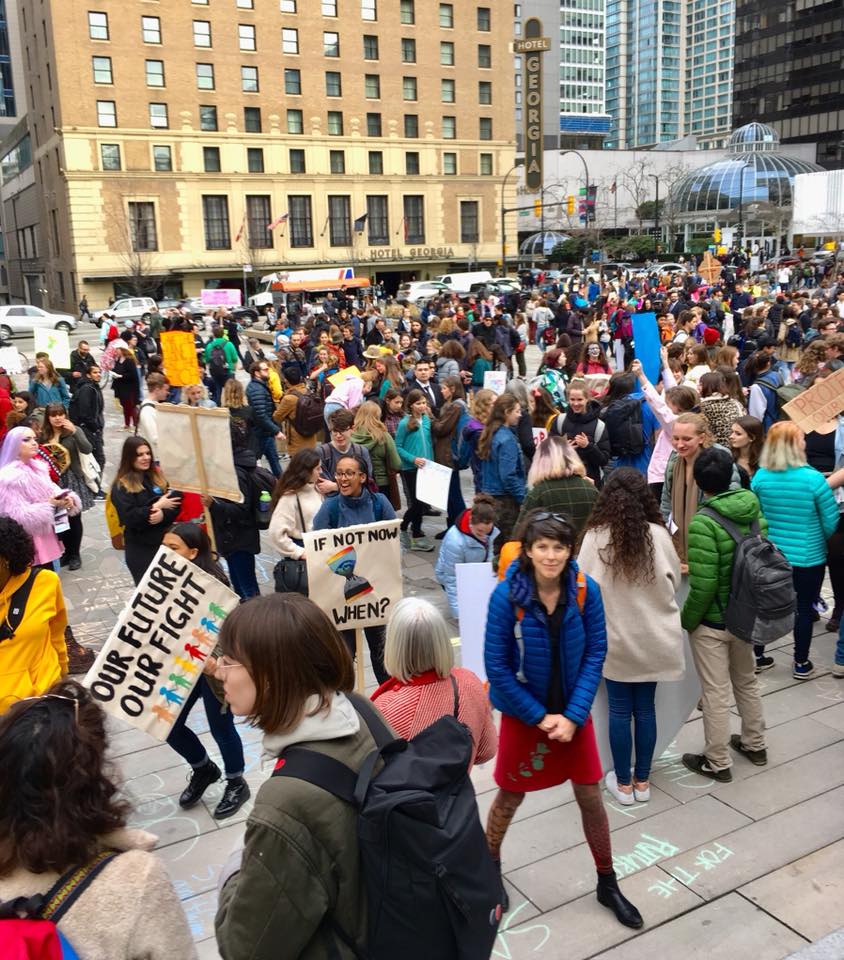 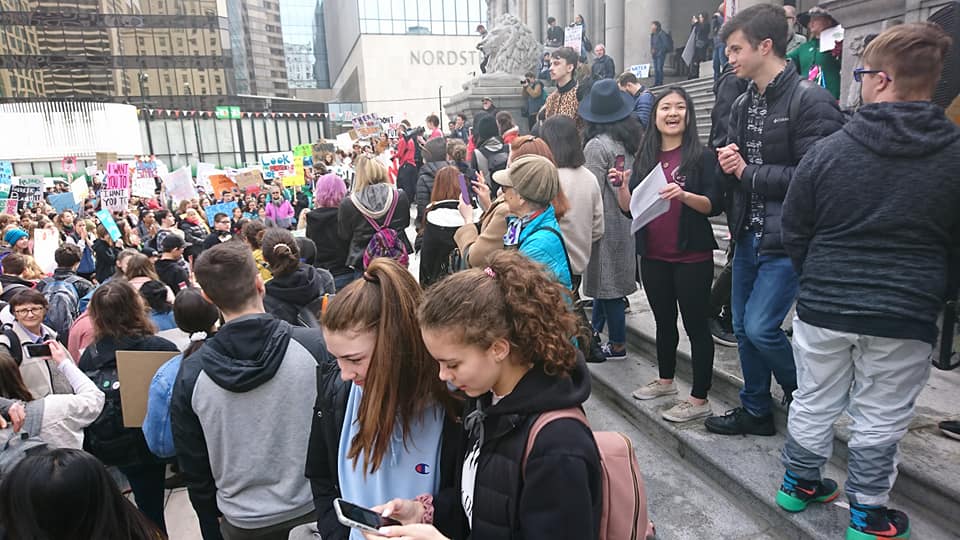 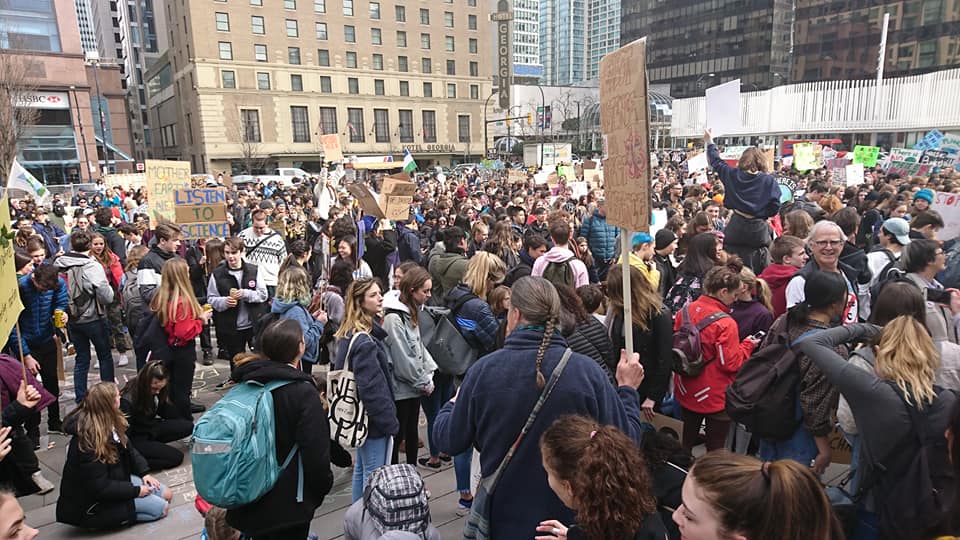 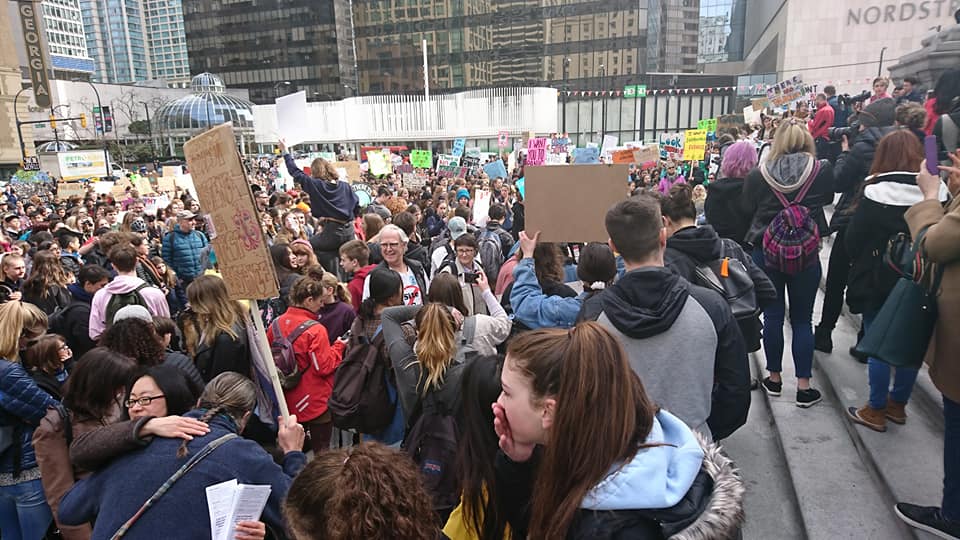 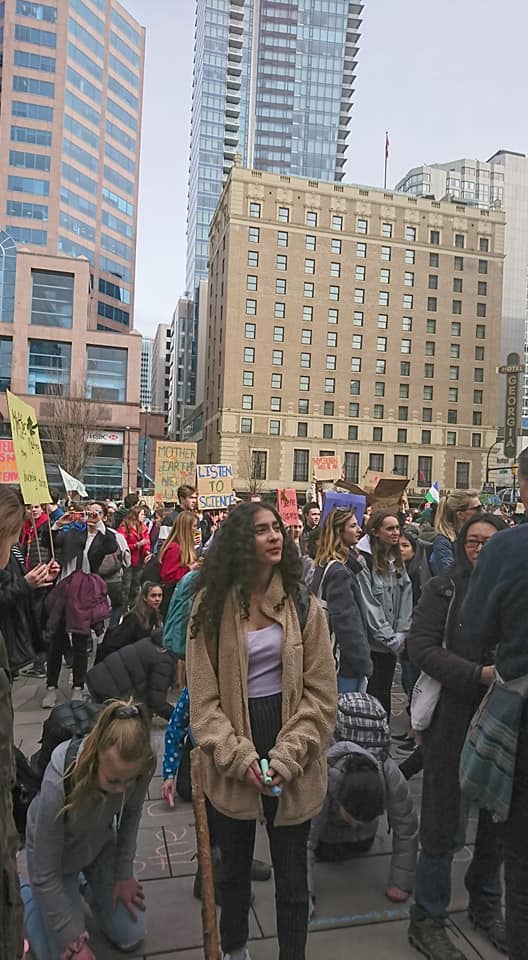 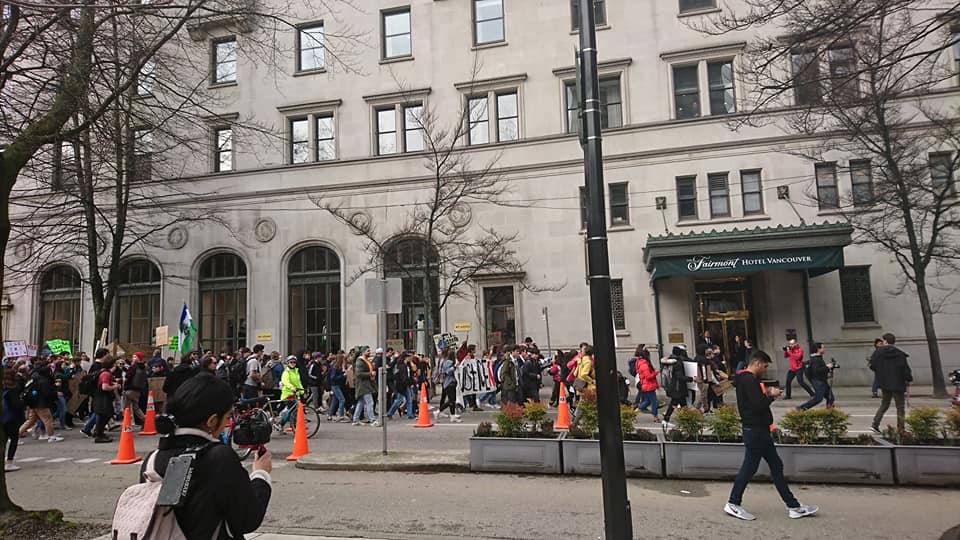 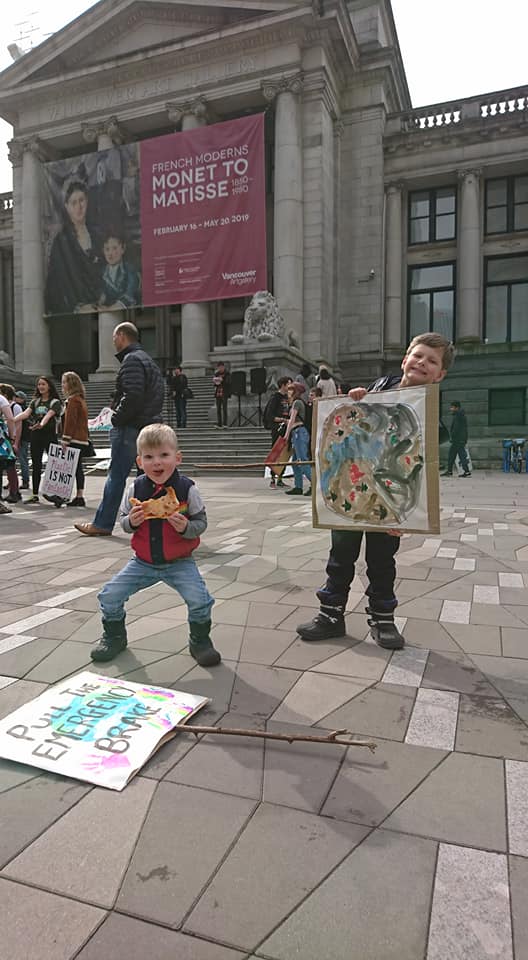 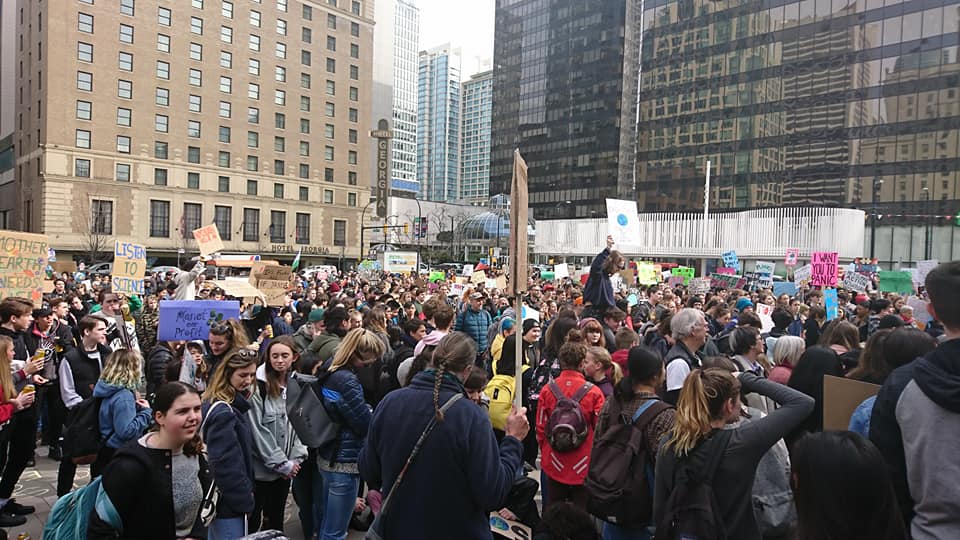