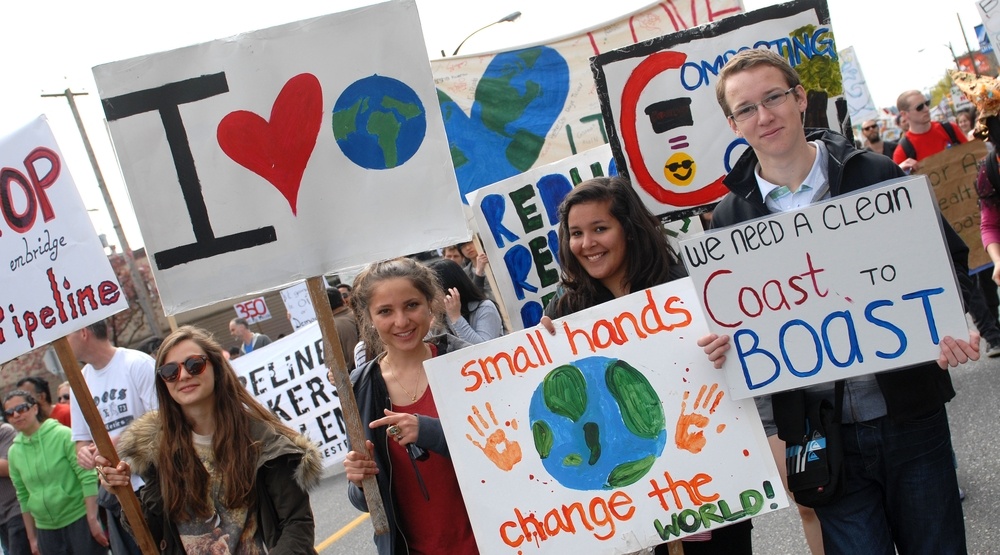 Two thirds of millennials think Canada needs to do more to address climate change, according to a recent Canada 150 Climate Change survey.

In particular, those aged 18-34 were most adamant that change is needed, with more than 70% demanding more action.

It seems that with April — known as Earth month — fast approaching, Canadians want to see change.

“It is encouraging that Canadians understand the need for more renewables as the solution to the energy demands of the future,” said Ron Seftel, CEO, Bullfrog Power in a press release.

“To successfully transition to cleaner forms of energy, it is essential for individuals, government and business to all be working toward a common goal.”

In BC, residents pride themselves on living green – 87% of respondents stressed it is important that individuals, businesses and government make a serious commitment to this issue.

Some 71% of those surveyed said we need to generate more renewable energy from solar, hydro and wind in order to meet the future electricity demands of the province.

Most respondents believed that in order to achieve real change, the responsibility to tackle climate change falls on the shoulders of each and every one of us.

However, 89% of BC respondents believed that businesses need to make a stronger commitment to the environment.

‘We all live on the same planet’

His company has been taking the necessary steps to transition their fleet into ultra-low emission vehicles.

“Now we have the largest fleet of hybrids in this area of business that I’m aware of. We’ve taken some really big steps and we’ve reduced our emissions by about 40% over what it would have been previously,” said Coupar.

Coupar said they are expecting delivery of the new Chevrolet Bolt all-electric vehicle in the next three weeks, and will have the first one in operation in the Lower Mainland.

“We all live on the same planet, we’re all breathing the same air and we’re all drinking the same water. All of us have to do our part,” said Coupar. “People see [our company] making positive change and they’re proud to use us as a courier.”

Coupar said the results of the survey demonstrate that there’s been a shift, and people are changing their thinking and want to do what’s best for the world.

The survey also found Ontario is leading the pack, with most respondents feeling the province does the most to address climate change, with BC following behind.