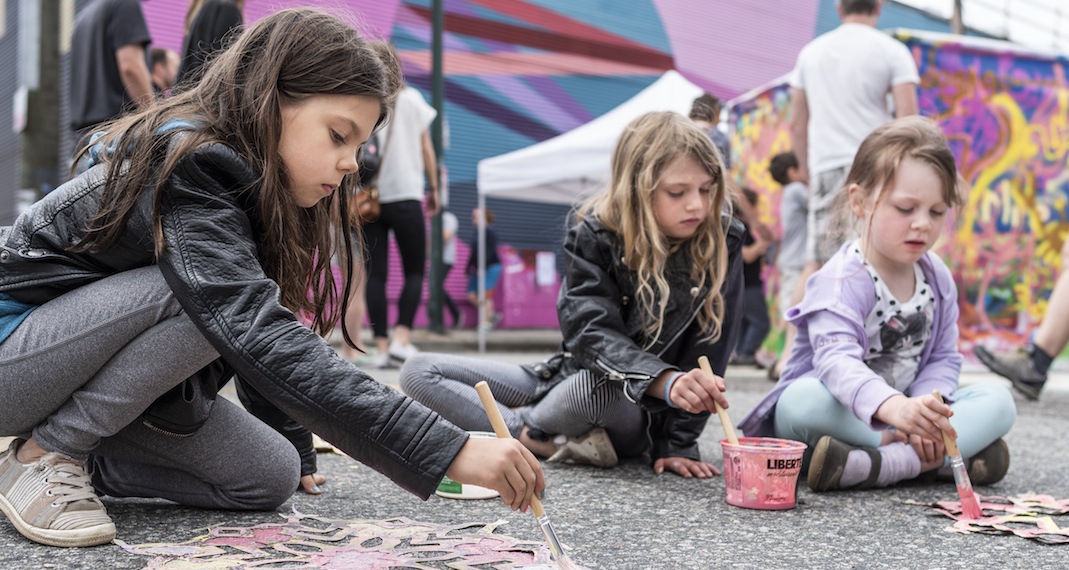 The first weekend of summer in the city just got a bit more fun, thanks to a free, family-friendly event in East Vancouver.

Celebrating its third year, the Strathcona Street Party – hosted by the same company behind the Vancouver Mural Festival – is back with a wide variety of activities and attractions including art, music, food trucks, and family-friendly all-ages craft beer gardens by Vancouver Craft Beer Week and Strathcona Beer Company.

DJs and an Oasis Lounge by Public Disco, turntable lessons for kids by Table Tutors, and dance battles by Vancouver Street Dance Festival will all be part of the fun, as well.

The event will also have four live painting stations, a mural battle, and interactive art workshops will also accompany the unveiling of nine new murals produced by the team at Vancouver Mural Festival.