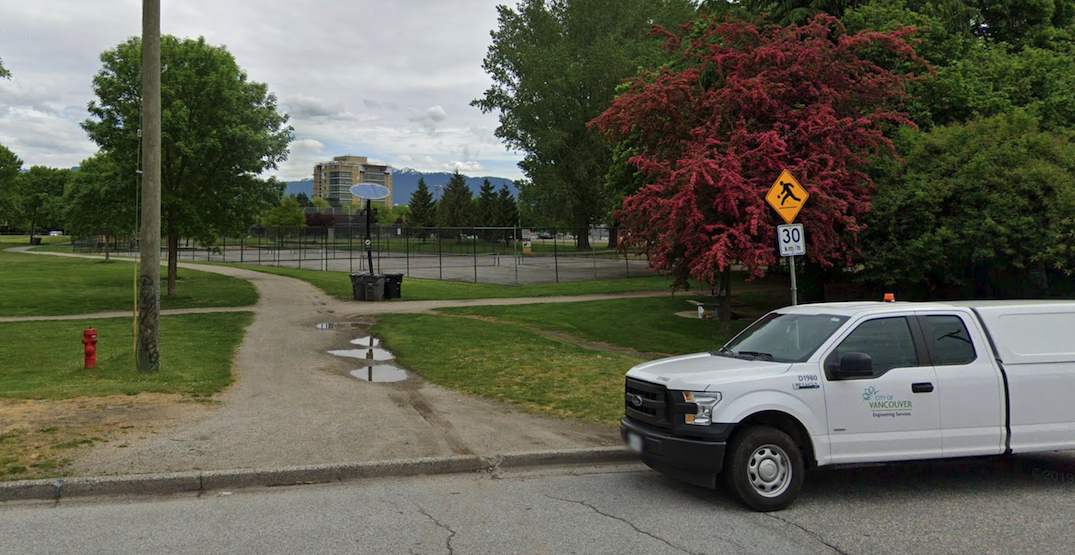 Early this week, the Vancouver Park Board closed a part of Strathcona Park as a precaution due to a small sinkhole.

This includes the closure of the park’s tennis courts, with the sinkhole caused by aging infrastructure, specifically a storm drain pipe under the park.

A temporary fix has been made since a decision was made to perform a partial closure of the area, but Park Board staff are looking for a more permanent solution.

Strathcona Park reopened in Fall 2021 following the end of a prolonged homeless encampment, which necessitated major repairs to the space.

Due to a sink hole caused by aging infrastructure, part of Strathcona Park – including the tennis courts – is closed. While a temporary fix has been completed, we are investigating a more permanent solution.

The nearest tennis courts can be found at Andy Livingstone Park. pic.twitter.com/dr0Gcpsay5