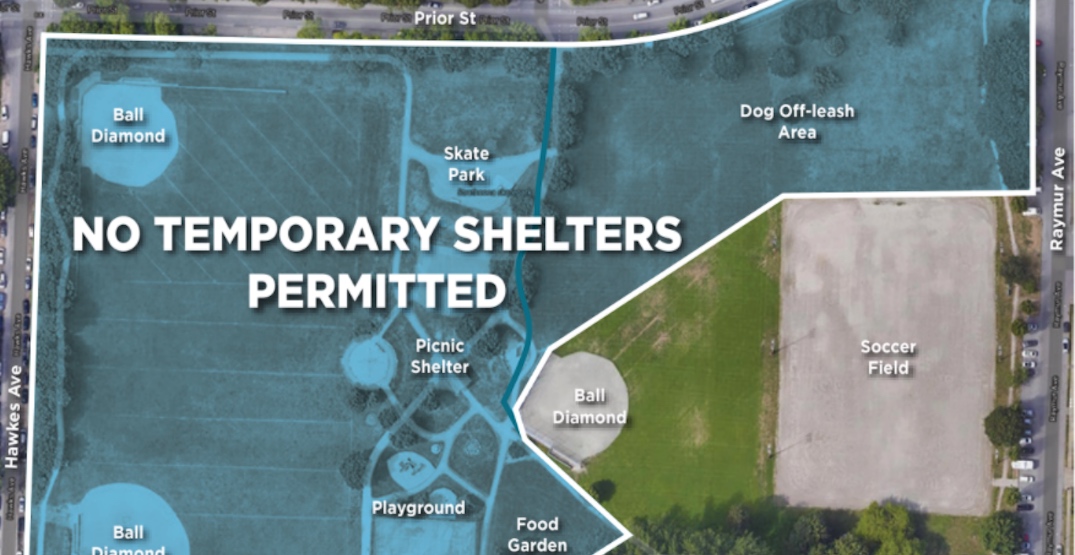 An order has been issued by Donnie Rosa, the general manager of the Vancouver Park Board, for all tents, temporary shelters, and structures to be removed from the northeast corner of Strathcona Park.

The deadline for campers to vacate this parcel of the public park is 10 am on Thursday, April 8, 2021.

The announcement of this partial encampment site closure comes as a phased approach to fully end the camp by the end of the month. It is an extension of Rosa’s previous order on February 10, restricting campers from the park’s western half.

In a statement, the Park Board indicates it has been working on remediating the park’s west side, which is now nearing completion. This work is now set to transition to the northeast side of the park, with the aim to reopen the park to the wider public for recreational activities and community programs as soon as possible. 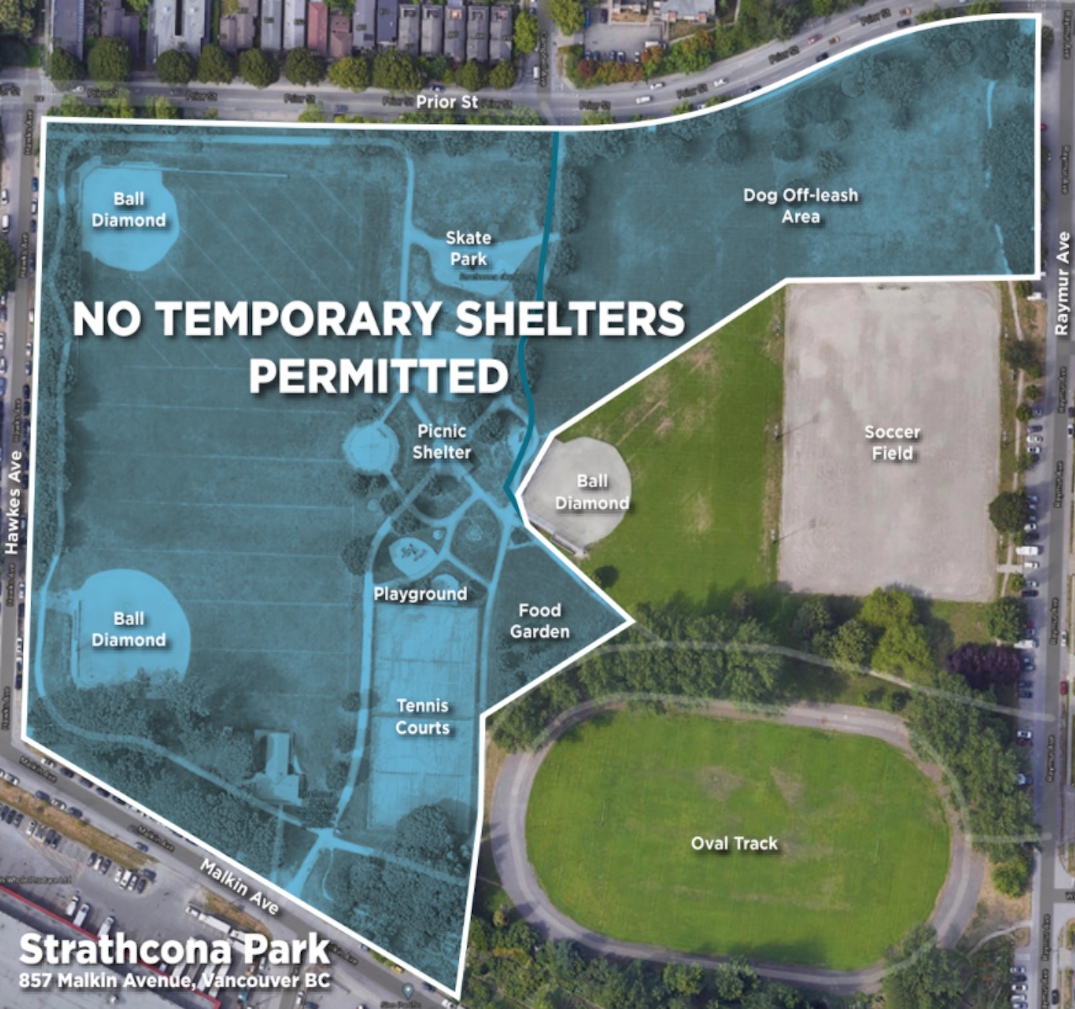 The remaining campers at Strathcona Park will be relocated to two new temporary shelter sites that will open before the end of this month — the former Army & Navy store at 15-27 West Hastings Street in the Downtown Eastside, and the city-owned warehouse at 875 Terminal Avenue just north of Home Depot.

After the campers are moved from the northeast corner of the park into the shelters, Park Board crews will raise a fence barrier to temporarily close off the area for remediation, which is expected to take about three to six weeks.

All of this is part of the provincial government and Park Board’s joint plan to ending the encampment by the end of this month. Park Board staff have also been granted permission from the commissioners to use an injunction as a tool if needed to clear the park, but only after shelter arrangements are made.

The homeless encampment at Strathcona Park in Vancouver in July 2020. (Shutterstock)

The Strathcona Park encampment began in the middle of June 2020, after a court injunction by Vancouver Fraser Port Authority disbanded the short-lived Crab Park encampment, which was a relocation of the Oppenheimer Park encampment.

Oppenheimer Park is still closed to the public and is not expected to reopen until June 2021 after extensive repairs.

Once sheltered at the new indoor locations, an effort will be made to relocate the individuals to new supportive housing that will be ready for occupation later this year. This includes the 98 units of temporary modular supportive housing currently being built near the Terminal Avenue shelter at 1580 Vernon Drive, and old hotels acquired by BC Housing such as 65 supportive units in the former Days Inn at 2075 Kingsway.

The Strathcona Park encampment has seen a string of deaths, illicit activity, and incidents, including the most recent major explosion and fire late last week. Public safety has been a major concern for residents in the neighbourhood, who have been reporting a rise in violence, theft, and property damage.

As well, the encampment is connected to an outbreak of infection dysentery in the Downtown Eastside.