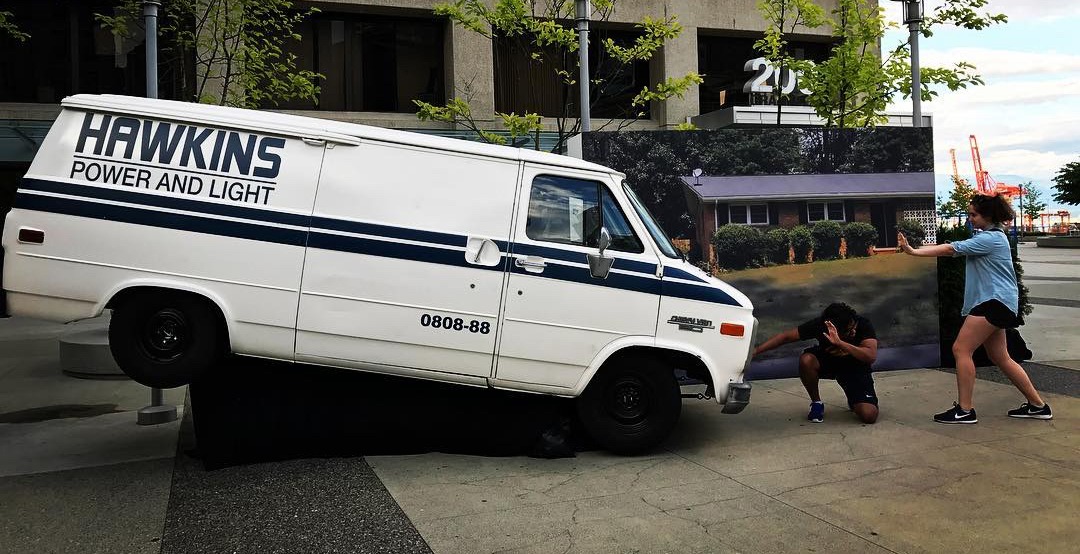 Vancouver fans of the popular Netflix series Stranger Things got a treat this weekend, when a Hawkins Power and Light truck showed up on the waterfront.

Along with the truck was a backdrop showing the homes at Elm and Cherry Street in the series, and bikes, as ridden by characters Mike, Dustin, Lucas, and El.

The setup references the season 1, episode 7 scene in which the characters are racing to escape government agents, when Eleven flips a van blocking their path using telekinetic powers.

Fans in Vancouver got the chance to recreate the scene – here are some of their “strangest” pics!

Guys! We have to find Eleven in the Upside Down! #strangerthings #photoop #vancouver #canada #tv #netflix #sciencefiction @chelseabirdhoard @bekahburza @milliebobbybrown