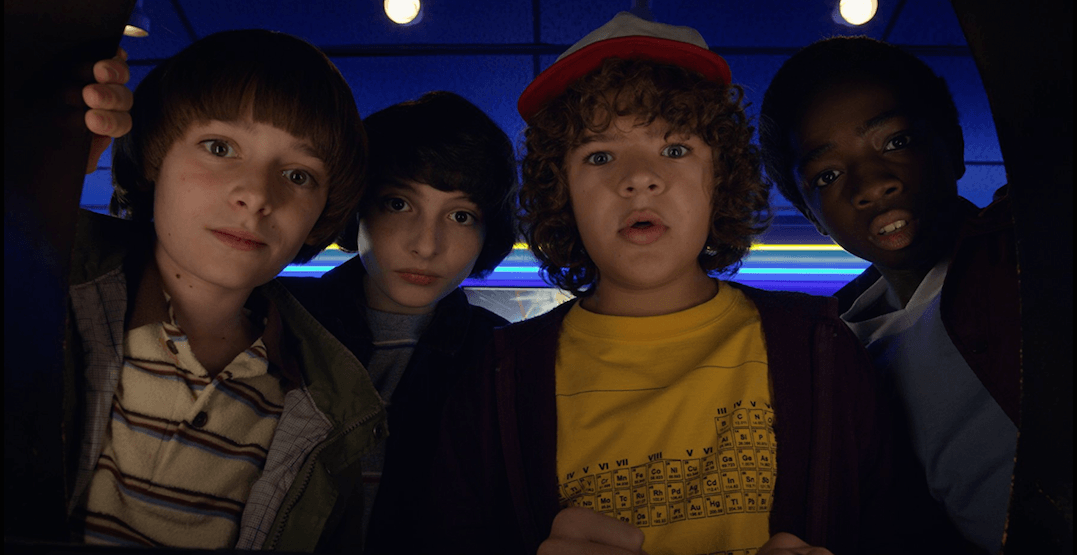 As we all prepare to settle into a weekend of binge-watching Stranger Things Season 2,  there are still a few nagging questions that we’re dying to get cleared up since we blitzed through all eight episodes of season 1 so long ago.

But luckily for Stranger Things fans, the iconic show is officially streaming on Netflix  – just in time for Halloween.

Thanks to plenty of trailers, and a never-ending press tour that Millie Bobby Brown has featured in prominently, we know that Eleven will be back for the second season of Stranger Things.

But how about some of the other loose ends that are yet to be tied up?

Are Mike and Eleven an item now?

There’s nothing quite like running away from Demogorgons to set young hearts aflutter. And after plenty of tension building, the pair finally lock lips after Mike invites Eleven to the Snow Ball. However, they have little time to savour their romantic tryst before Eleven has to go on a killing spree, collapsing from exhaustion. Will they pick things up where they left? We hope so!

What exactly is the Upside Down?

The boys’ science teacher, Mr. Clarke describes parallel universes and creating a tear, or doorway, to the Upside Down (UD). But there still plenty of unanswered questions. Dr. Brenner informs Hopper that the air in the UD is toxic, and all the adults enter wearing Hazmat suits.

So how did Will Byers manage to exist for more than a week with no protection? How exactly does the UD affect electricity? How come it’s accessible via the basement of the lab AND the forest? And was that an EGG we saw? SO. MANY. QUESTIONS.

The writers never intended for Nancy’s best friend Barb to be such a huge character in the show. But despite minimal screen time – and in true Internet-fashion – she won the hearts of fans everywhere. Hashtags like #WhatAboutBarb and #ImWithBarb sprung up in reaction to her untimely end. Eleven confirms that Barb is indeed dead after visiting the Upside Down via their makeshift sensory deprivation tank. But can we at least expect a funeral for the unlikely hero? We don’t know what exactly, but David Harbour (Chief Jim Hopper) suggested that there will be Justice for Barb.

Once the monster reappears and the boy’s whisk Eleven away to a classroom, it’s unclear if Brenner is able to escape from the school. We hope not – but something tells us we haven’t seen the last of this creep.

Hopper makes a deal with the government agents to allow Joyce and him into the UD in episode seven. And after leaving Will’s bedside at the hospital, we watch as he’s greeted by two government types in a black car. So has he sold his soul? Is Hopper really working on the inside now? Say it ain’t so!

What the heck is up with Will?

At the end of season one, we saw Will spend Christmas with his brother, Jonathan, and his mother, Joyce. Normality appears to have been restored to the Byers household – that is until Will enters the bathroom alone and coughs up a gross slug (which he flushes down the sink). But upon returning to the dinner table, he assures Joyce that everything is fine. Is he having flashbacks or is he yet to escape the clutches of the Upside Down? Why is he hiding it? And are the sewers of Hawkins now infested with slugs?

What’s going on with Nancy and Jonathan?

A month later, we see Nancy and Steve snuggling up together at Christmas, appearing to have made up. In normal circumstances, we probably wouldn’t condone Steve’s douche-bag antics – but given that he was instrumental in defeating the monster, we’re willing to let it slide. However, Nancy’s gift to Jonathan and her kiss on the cheek leaves the door open for a possible romance.

What happened to Eleven?

Okay, okay, so we know she’s coming back. But where IS she? With the last of her powers, she destroyed the monster, disappearing with it in a cloud of dust and noise. So does this mean Eleven is the monster?