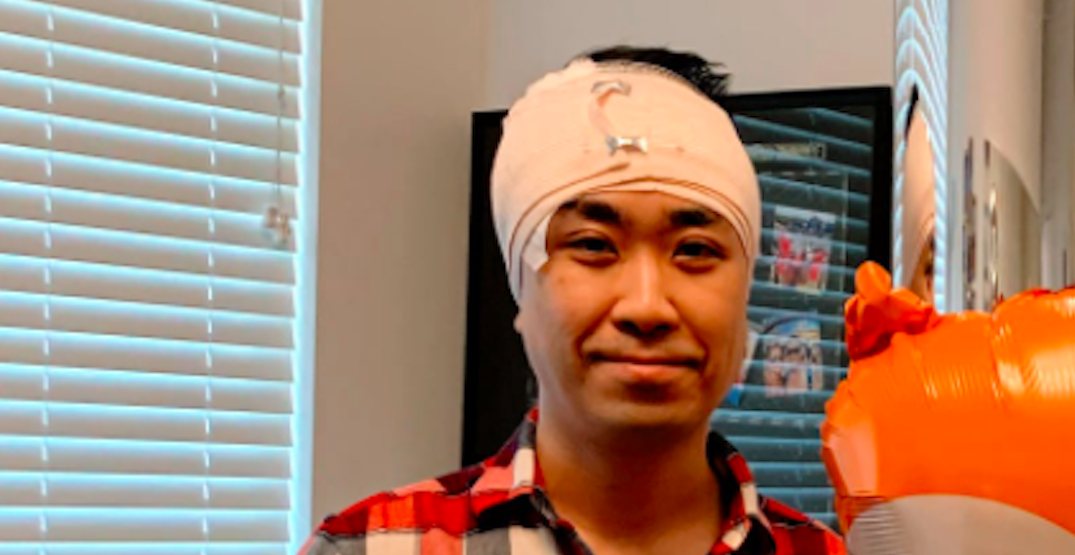 A man was left bleeding from the head and required stitches following a random attack during a trip downtown for brunch in Vancouver last weekend.

At 11:30 am on Sunday, Pierson Chan and Jocelyn Chang parked their car a few metres away from the Ask for Luigi restaurant, near Main and Alexander streets.

The pair were making their way to the entrance when a man walking a few steps behind them hit Chan in the back of the head with a glass object, before immediately running away.

“[It was] maybe 10 seconds from the car to the restaurant,” Chan told Daily Hive.

“I got out of the car, paid for parking and then boom, just felt an impact on the side of my head.”

Chan said he “staggered for a bit” as a result of the attack but didn’t lose consciousness, and noted things could have gone much worse.

“I feel very fortunate that [Chang] wasn’t hurt, or that I didn’t sustain a concussion or broken bones, or anything like that,” he said.

A woman walking her dog on the other side of the street ran over to the pair and called 911.

Chan was taken to St. Paul’s, where he received several stitches before being sent home. 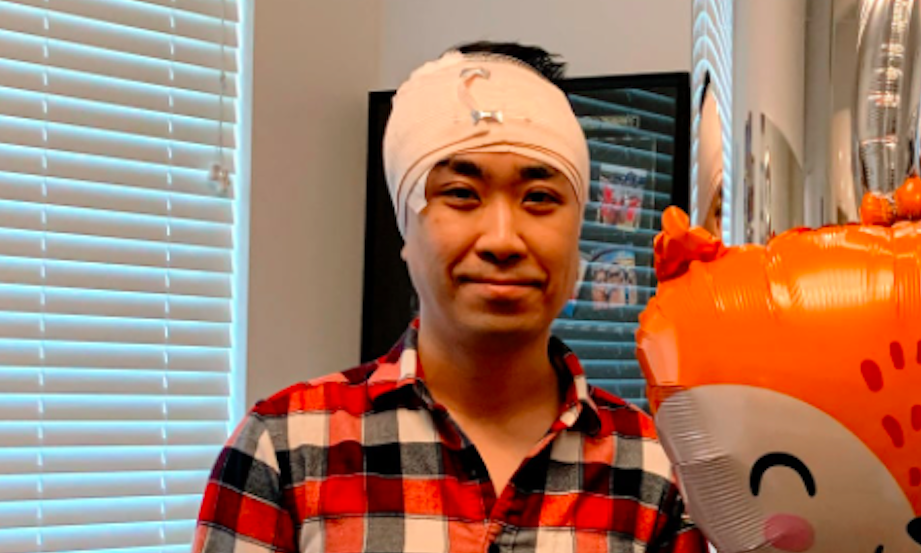 Chan said he and Chang did notice the man before they got out of their car, prior to the incident, and described him as being in his 20s, about 5’7” tall, wearing a grey hooded sweater and dark pants, and carrying a royal blue bag.

VPD Const. Tania Visintin told Daily Hive that officers responded to the scene and canvassed the area but were unable to locate the suspect.

Reflecting on the incident, Chan said he and Chang both grew up in the city and have always felt “quite safe.”

“I’ve never felt like I was in danger,” he said.

“I don’t think there’s too much more we could have done in this case — it was a really random occurrence.”

He recognized, though, that Vancouver “may not be the same city I grew up in. We need to be a little more vigilant and careful about where we go and be aware of our surroundings.”

Const. Visintin said the file is active and ongoing.