You may have seen a curious barge floating around the waters off Vancouver’s shores and wondered what the heck it was. Turns out it’s a piece of…art!

We’ve seen e-mail inquiries and tweets about a pile of wood and metal in False Creek lately, and we have the answer to the “WTF is that?” questions. It’s called “Deadhead,” and it’s a large-scale sculpture mounted to a barge that has been making the rounds this summer from the Vancouver Maritime Museum.

“Deadhead” was created by Cedric Bomford, in collaboration with his father Jim Bomford (a retired engineer), and brother Nathan Bomford (an artist and builder). It’s “constructed primarily of salvaged wood with some sections wrapped in photographic murals.” Here’s a little more from the Maritime Museum:

Inspired by the west coast’s unique climate, histories, and economies it is a hybrid model of function and fantasy, logic and mystery. The floating sculpture adds a unique cultural cargo to the pleasure craft, ferries, cruise ships, and freighters stacked high with global commodities.

It’s as the museum describes it: a “curious marine outpost.” It’s also sort of a post-apocalyptic party boat for the modern age; this summer saw many a vibrant, quirky live performance onboard. “In its final configuration, Deadhead is a bizarre floating ‘compound’ with an uncommon payload,” elaborates Other Sights, the group that runs the project.

Now on its fall schedule, “Deadhead” is still available for public access, though in a more limited capacity. This past Sunday, “Deadhead” was moored in False Creek for a day of welcoming visitors aboard, and this week heads to the North Shore, according to Other Sights. This follows a summer of being moored in a “legal grey area.” (Well, just the waters, not the sculpture itself.)

So there you have it! 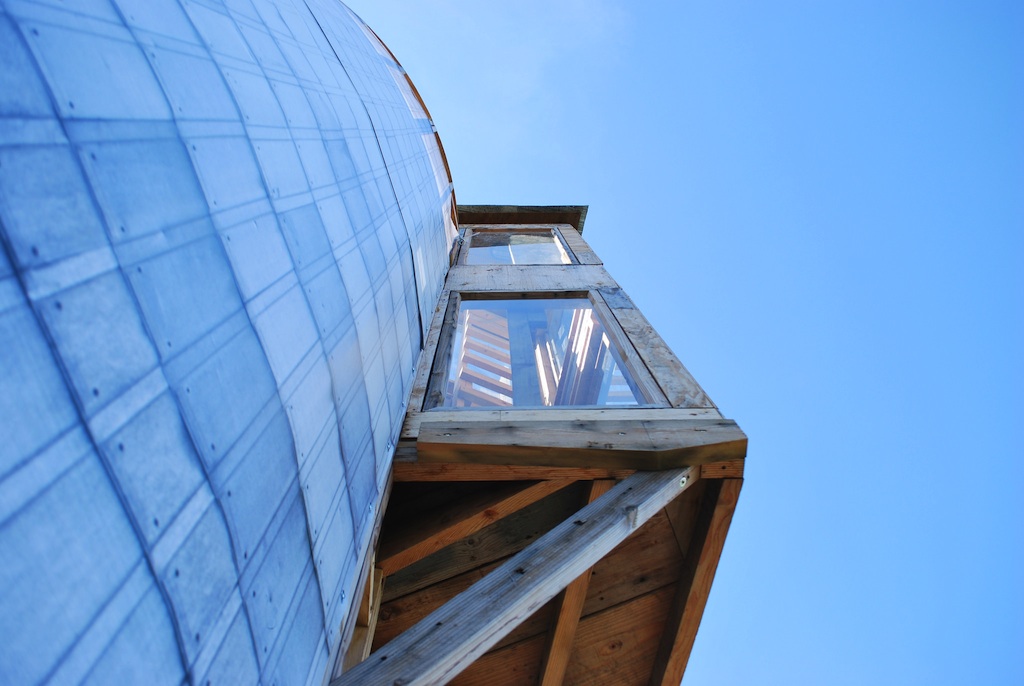 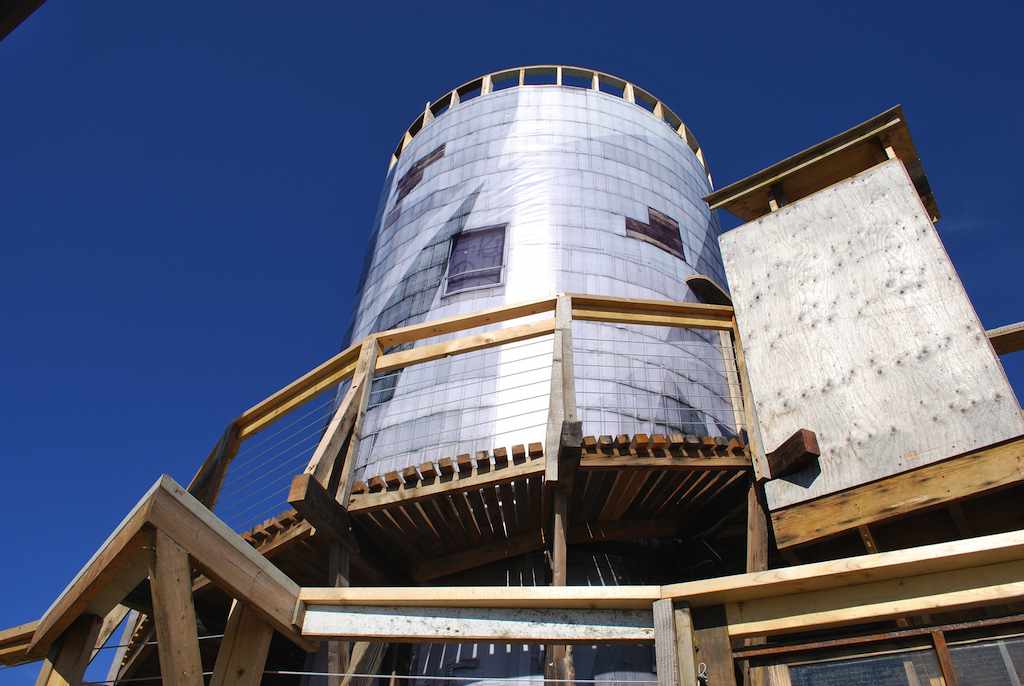 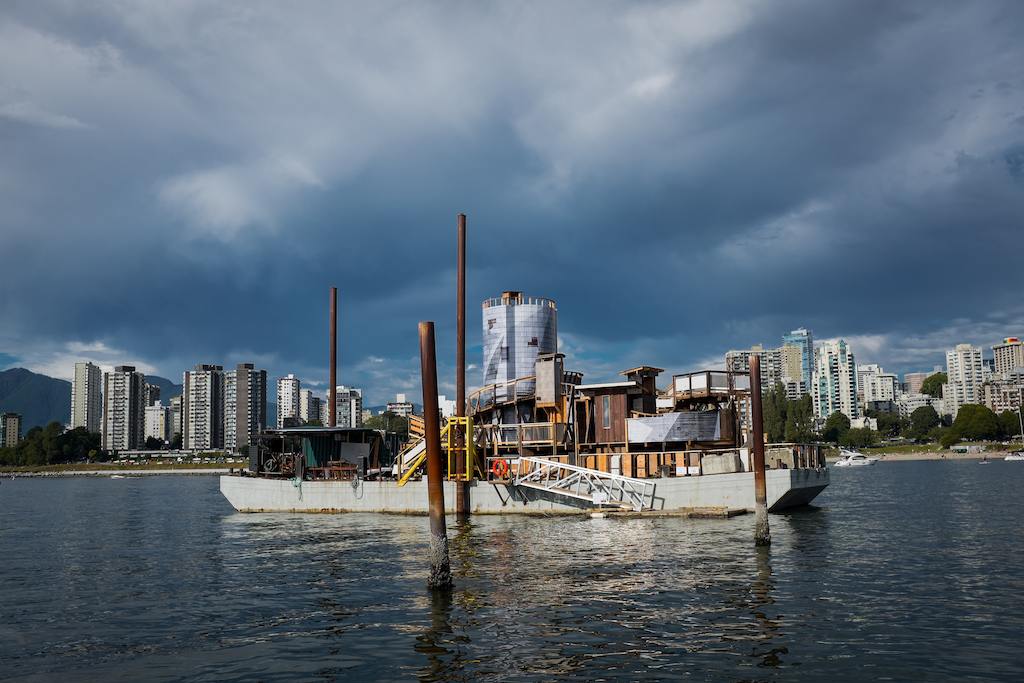 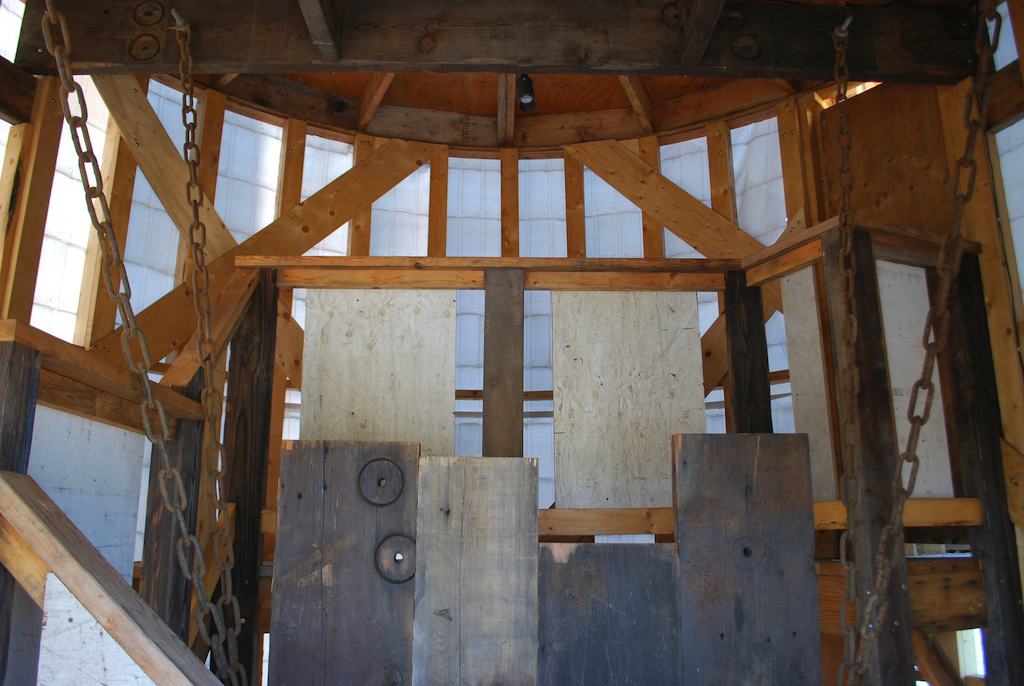