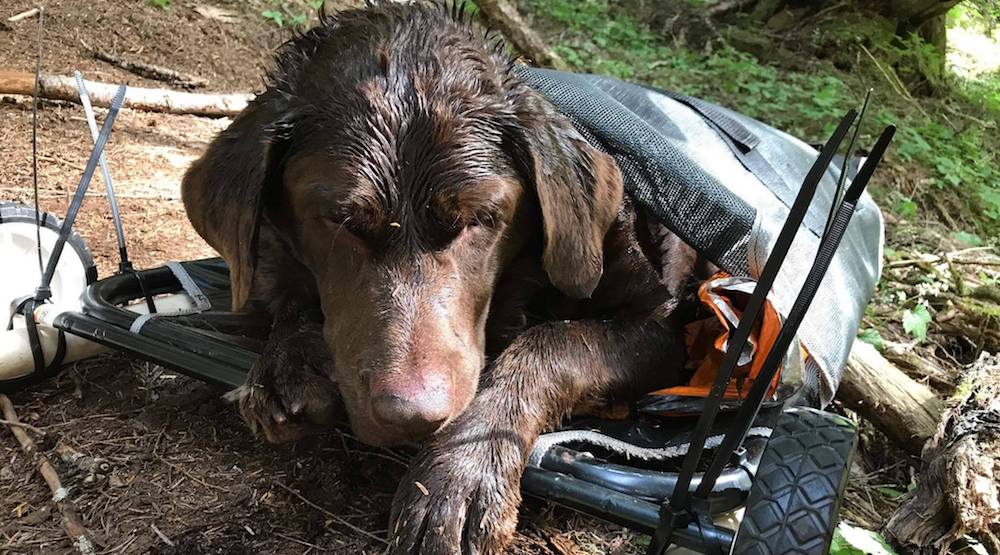 While it is not often that it falls on everyday citizens to step into life-saving action, a group of hikers in Chilliwack did just that when a hike went awry at Radium Lake.

It all began on June 26, when a call was put out by Amanda McGregor to the Chilliwack BC Hiking Club Facebook Group.

Her five year old dog, Louie, was accidentally injured on the 17.7 kilometre hike, and her daughter, Janessa Walker, had been carrying in supplies and tending to the dog for four days, but could not carry him out by herself.

“A plea for help…… I am not sure if you can help or not but maybe steer us in the right direction…. Our daughter who is an avid hiker climbed up to Radium Lake on Saturday…. She took our dog with her for company. They were due down Monday afternoon but something had happened to the dog and he can’t climb back down. She came back down for some more supplies yesterday as she had been out of water and food for a day and the dog as well. Her dad and I tried to climb up to help her yesterday but being in our fifties and never hiked in that way ever before couldn’t make it to the lake and not sure how short we were.. Is there any way help can go to her to get her and the dog back off the mountain we would gladly pay for it….. Thanks Amanda and John.”

Since Walker was able to make it out of the trail on her own, RCMP and Search and Rescue teams were not allowed to assist – no human was in trouble. 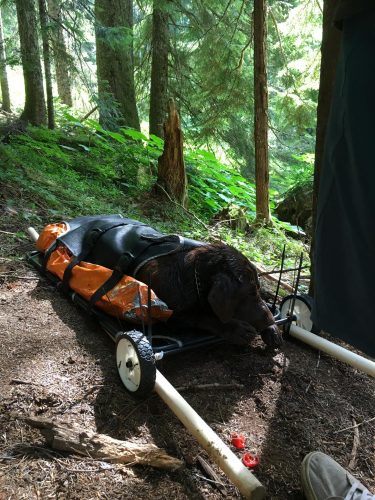 Louie resting during his trip down the Radium Lake trail. Image: Toby Hyde

Luckily for Louie, the hiking community of Chilliwack was quick to step forward.

“I read Amanda’s plea for help at around 9:30 am, and decided to help in one way or another pretty much right away,” rescue party member Toby Hyde said in a message to Daily Hive.

Other members of the Facebook page said they would be willing to help as well, and before long, a rescue team was assembled to save Louie.

Hyde decided to join that crew and they quickly organized themselves via Facebook Messenger.

“I didn’t know anyone in the party, and we’d never met before,” Hyde said. “I didn’t even recognize their names as members of the Chilliwack hiking group.” 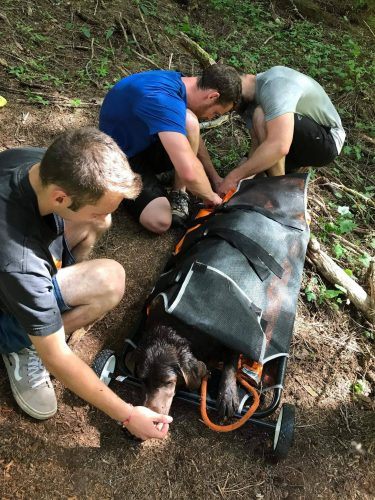 The rescue team buckling Louie in for the trip. Image: Charlene Howard

They then made their way to Louie in the afternoon that very day, though the poor pup was worse for wear when they found him.

“Louie was lying on the ground and wasn’t what one would expect from a five-year-old pup,” Hyde recalled. “He wasn’t moving, didn’t really acknowledge our presence at all.

“When we first got to him, he initially growled at us, and we realized pretty quick that he’s better with women than he is with men.

“So Charlene offered water and snacks, and got him to calm down a bit. Built a little trust.” 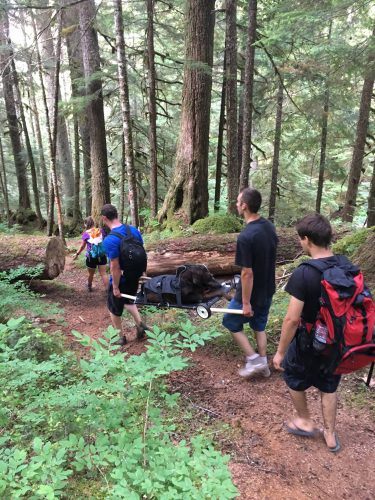 The team took turns carrying the stretcher down the trail. Image: Toby Hyde

The team had met with Walker on their way up—she was heading down for more supplies—and though she offered to walk back and assist the rescue, they agreed it was best for her to continue to the trailhead to rest after spending four days tending to Louie. 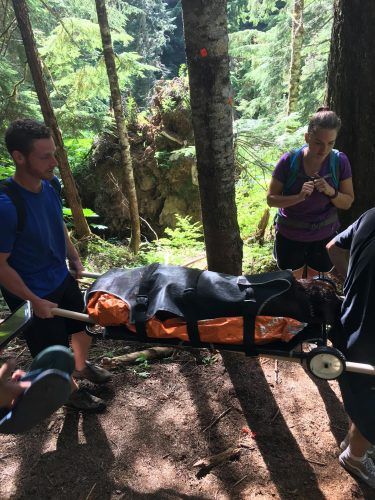 The team had considered using a large backpack to rescue Louie before a stretcher was found. Image: Toby Hyde

Between the six of them (another helper joined them on the way down), they carried the 90-pound dog down the hiking trail, and arrived at the trailhead much sooner than expected.

Louie was transported to an emergency veterinary hospital, though by the time he arrived he was in pretty bad shape.

“So I talked to the nurse they have him heavily sedated so he is comfortable… His fever is down… his vitals are stable they are about to give him more sedation and clean and dress his wounds and paws then the vet will call me… So update after 2 pm I was told… will continue to update.”

But two days later, the group received the good news:

“Great news guys he turned the corner he is out of the woods and is drinking and eating and wagging his tail omg I can’t explain what the support from this group has meant.. He has a ways to go but we are going to get to bring him home soon!!!! Thank you… Thank you… Thank you!!!!!! Xoxoxo.”

Hyde said he is glad that to hear that Louie is on his way to recovery.

“We’ve kept in touch ever since, and Amanda has updated us whenever there were news regarding Louie’s health. They’ve picked him up already, and he is at home,” Hyde said.

“He’s getting better, and will be back to his old self soon.” 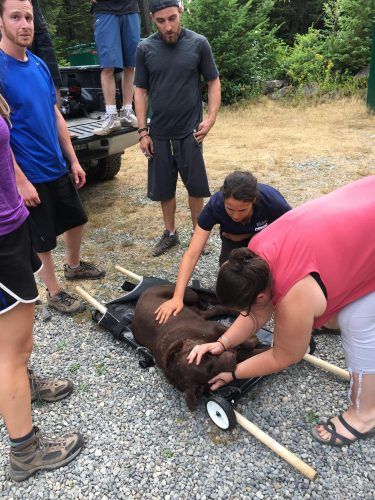 Louie finally being reunited with Amanda at the trailhead after being gone for four days. Image: Toby Hyde

A GoFundMe page was set up to help the family pay for Louie’s vet bills, and reached its goal of $4,000 in the four days since.

“It was amazing being part of this group and it wouldn’t have been possible without the help of Amanda, the group, and everybody else involved,” Hyde said.

A truly happy ending for one courageous pup. 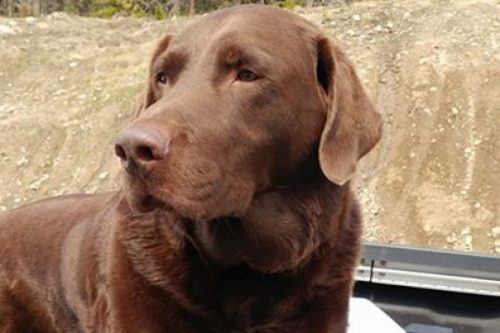