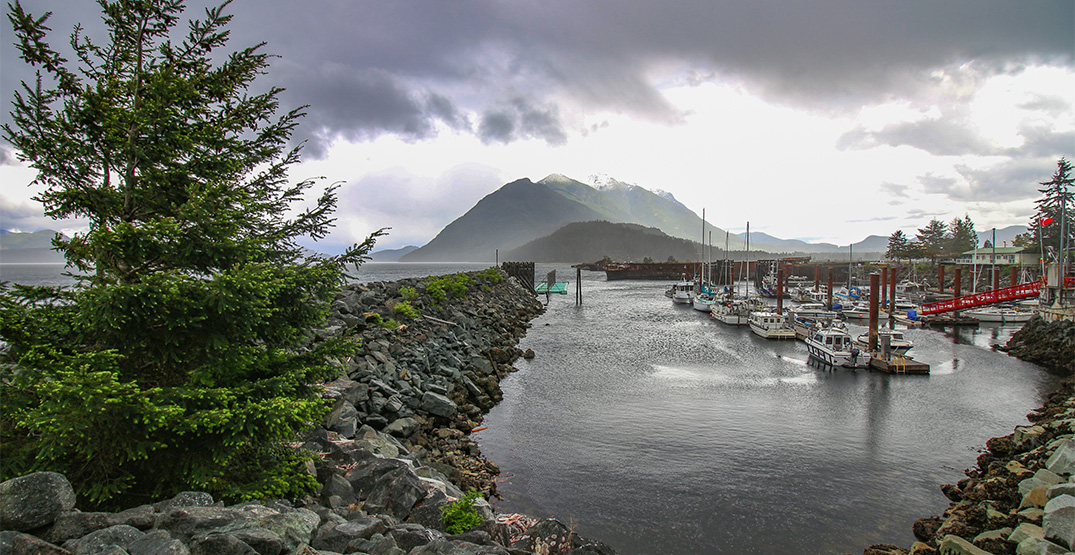 Canada could be in for a stormier autumn than usual as weather phenomenon La Niña cools Pacific coastal currents.

In the latest long-term fall forecast by AccuWeather, the weather agency says abnormally cool Pacific waters near the equator will affect the Jet Stream and send more storms to the West Coast.

But by contrast, Ontario and Quebec could see a mild fall. Here’s how it could play out across the country:

“The jet stream is like a pathway for storms. Thus we are expecting a stormier fall, especially across the western half of British Columbia, with above-normal rainfall,” AccuWeather’s senior meteorologist Brett Anderson said in a news release.

That could be good news for the province that’s been dealing with wildfires for most of the summer.

As usual, though, some areas of BC will get more rain than others. South-central BC may see more wind than rain, which could make firefighting difficult. 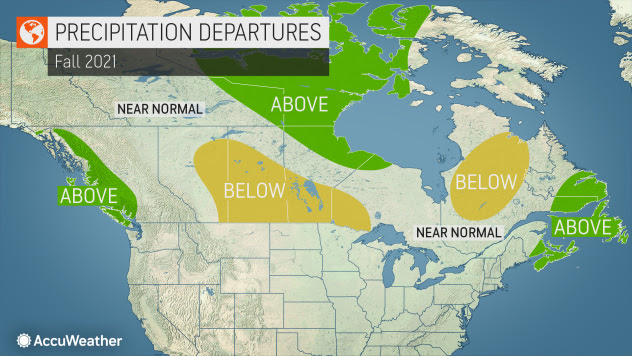 “Parts of northwestern British Columba and the Yukon may end up with a colder fall compared to normal as a majority of cold outbreaks may be directed into this region from eastern Alaska,” Anderson.

La Nina’s stormy weather could mean an early arrival of winter in Alberta, too.

As the mountains absorb most of this fall’s precipitation, prairie residents could see a windy and dry fall. Farmers who already experienced a dry summer may see drought patterns persist into autumn.

“Above-normal water temperatures throughout the Great Lakes will likely persist through the season,” Anderson said. “This will have its biggest influence on nighttime temperatures, being milder, across the region.” 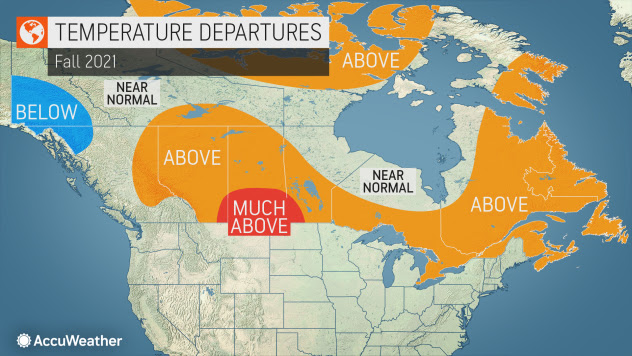 Severe thunderstorms that are hallmarks of summer in Ontario could persist into September. Still, as we go deeper into autumn, the province could see shots of cold air bringing the temperature down.

“There is a higher-than-normal risk for a landfalling tropical storm or hurricane over Nova Scotia this fall as the Atlantic basin is expected to have a higher-than-normal number of storms that may recurve northward toward the region,” Anderson said. “Warmer water than usual may also allow some storms to maintain strength longer than usual as they get this far north.”