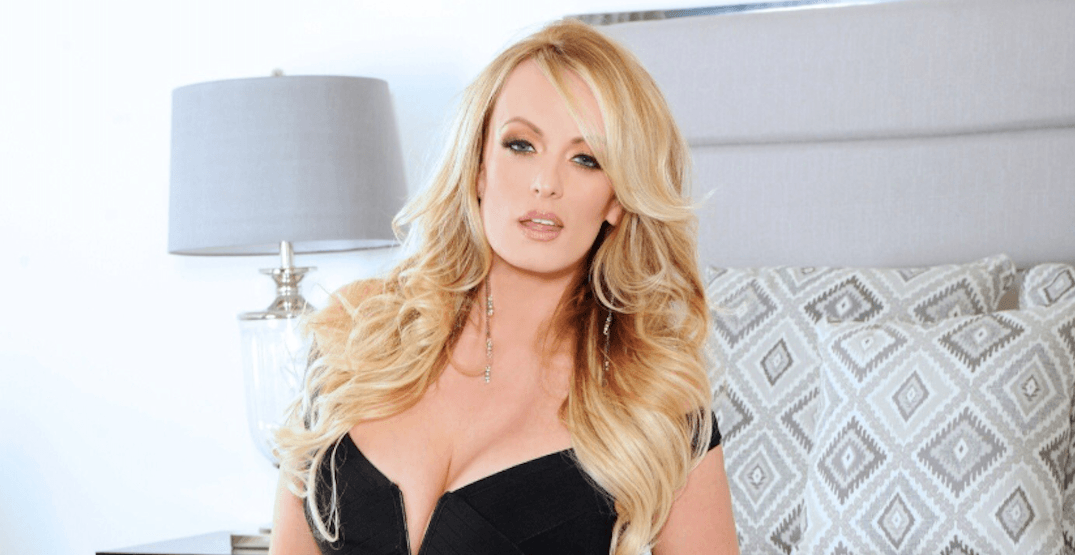 Stormy Daniels, the American adult film actress who became embroiled in a legal battle with US President Donald Trump after alleging she was paid to keep quiet about an affair before he was elected, is coming to a Vancouver for a live Q-and-A session this spring.

After announcing earlier this month, that she would be appearing at a nightclub in Kamloops on June 2, for a show that was billed at the time as her only Canadian stop, the Rio Theatre in East Vancouver announced that Daniels will appear on stage, on Monday, June 10.

She will there as part of a tour to promote her newly-published book, “Full Disclosure.”

The event will be “an up-close-and-personal evening of conversation and audience Q&A, followed by a book signing and meet n’ greet,” according to The Rio.

And while the show isn’t for another month and a half, advance tickets to the show are on sale as of today (Friday, April 26), and can be purchased online.

An Evening with Stormy Daniels