A Paralympic hopeful, who is currently training for Rio 2016, is attempting to replace expensive equipment after his car was broken into on Monday morning.

The specialist wheelchair rugby wheels, worth $2,300, were taken after the rear window of Byron Green’s car was smashed in the underground parking of his Granville Island co-op.

Now Green, who plays wheelchair rugby on Canada’s national team, has had to borrow equipment from his teammates in order to continue playing.

“Wheelchair sports equipment is very, very expensive because it’s so specialized. Byron’s on the national team, so his wheelchair will cost between $10,000 to $12,000,” Arley Bruthers, spokesperson with BC Wheelchair Sports, told Vancity Buzz. “It’s a full contact sport, so the equipment has to be very durable in order to withstand all the bashing and crashing.”

“With the really bad Canadian dollar, it’s become even more expensive. Prices have gone up 30 or 40 per cent.”

Now Green and Bruthers are turning to the media to help locate the wheels. Bruthers says they have no market value outside of their community – thieves often steal them thinking they’re bike wheels and when they realize they’re not, they ditch them.

“They’re very distinctive looking. We’re hoping that someone will see them and either turn them in or contact the VPD because for him to replace them is obviously several thousand dollars.” 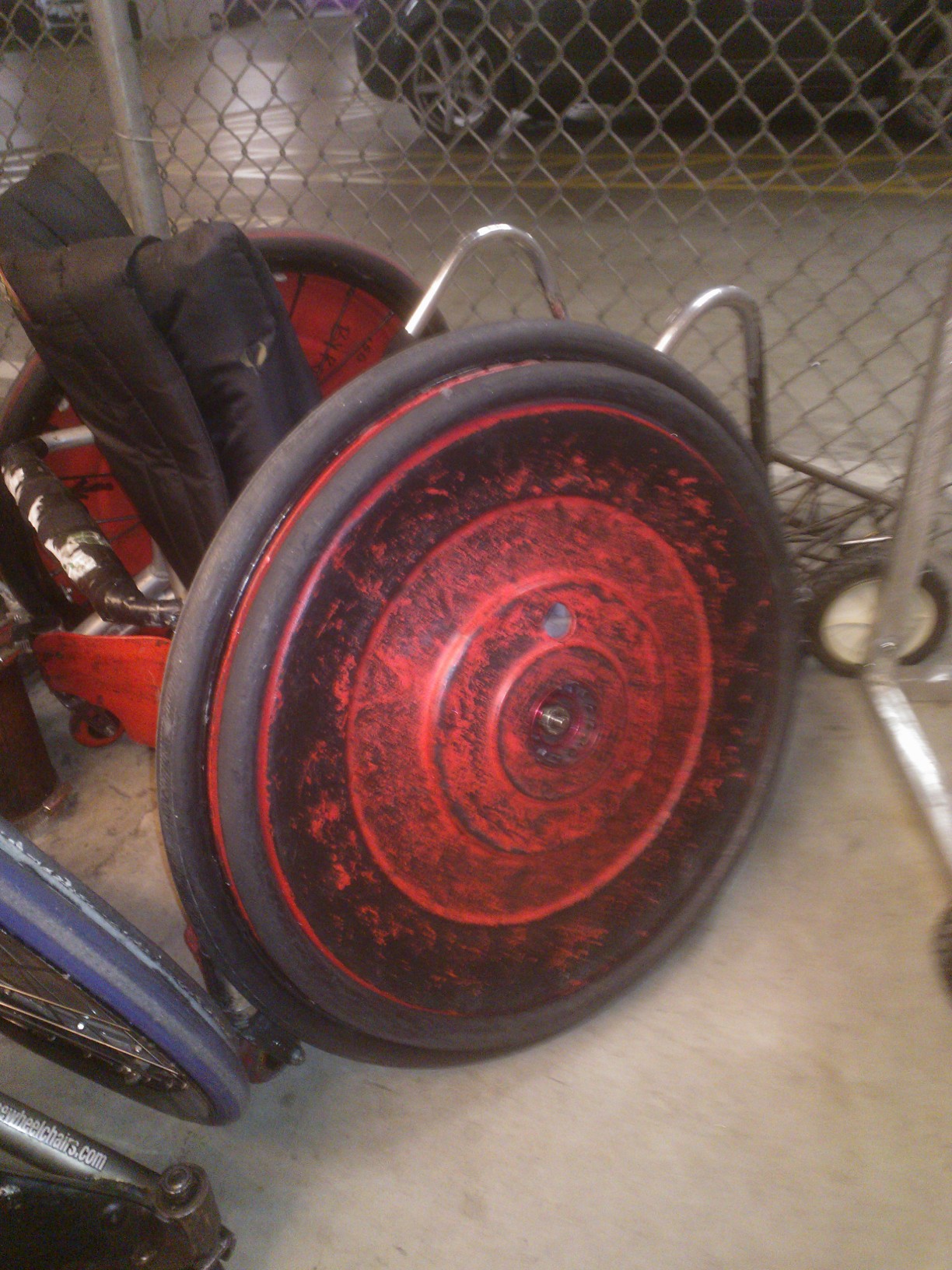 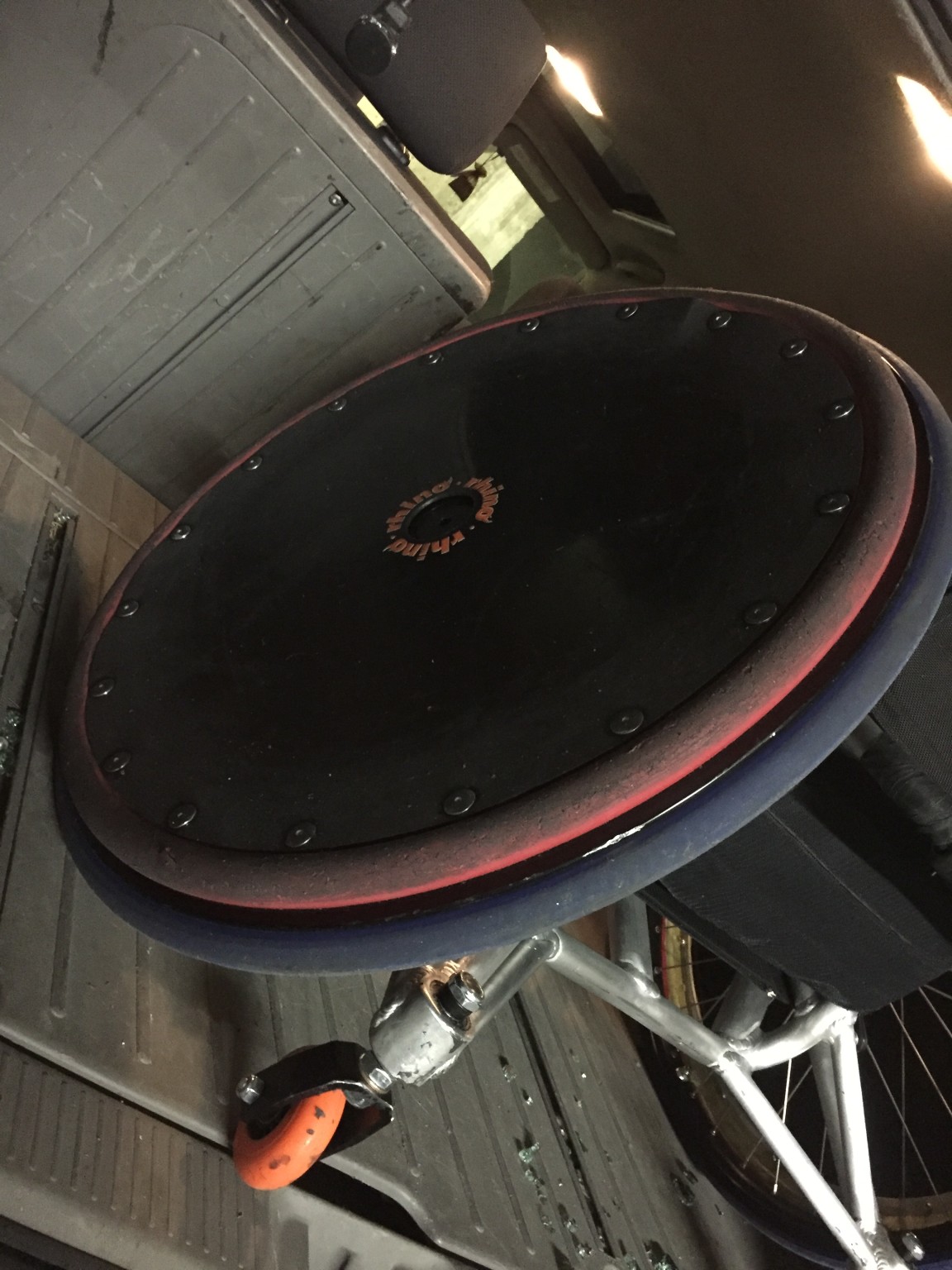 Bruthers says Green, for his part, is just trying to continue on. He heads to Europe for a tour with his teammates in two weeks and will have to rely on the kindness of his teammates in order to play.

“It’s kind of an unfortunate thing to have happen, but Byron is one of the most positive, upbeat guys that you’ll ever meet, so he’s focusing on training and is trying to put it behind him.”

No GoFundMe page has been set up for Green just yet, says Bruthers, because he’s trying to get the equipment back first before he appeals to the public for help.