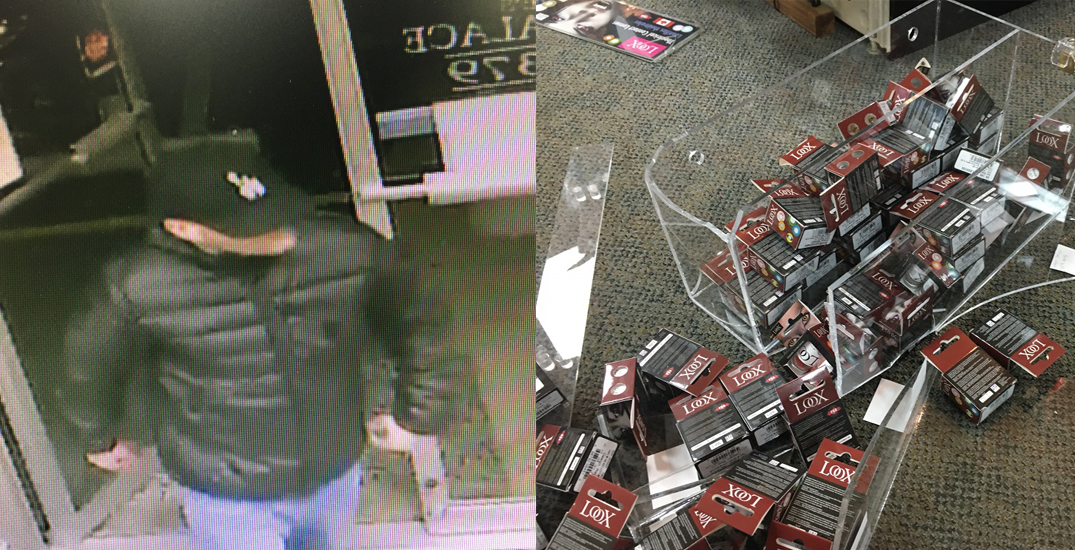 Police in Nanaimo, BC are hunting for a suspect accused of stealing 150 pairs of cosmetic contact lenses.

The thief came into Pattie’s Party Palace around closing time on Thursday, and allegedly grabbed the glass contact lens case which was bolted in place, according to a Facebook post from the store.

Nanaimo RCMP say the suspect broke the display case in half, and made off with about half the contact lenses in there. He was last seen running through the parking lot.

“I tried to chase him out the door but realized how unsafe that was,” Pattie of the party store wrote on Facebook.

Police described the suspect as a white man about 25 to 35 years old with a medium build. He was wearing a dark jacket, jeans, and a dark hat with a logo on the front during the robbery.

They’ve released photos of the man with hope the public can help identify him. Anyone with information is asked to call the Nanaimo RCMP non-emergency line at 250-754-2345 and quote file # 2019-49414.

The cosmetic lenses turn wearer’s eyes various non-natural shades, such as blacking out the iris and pupil entirely.