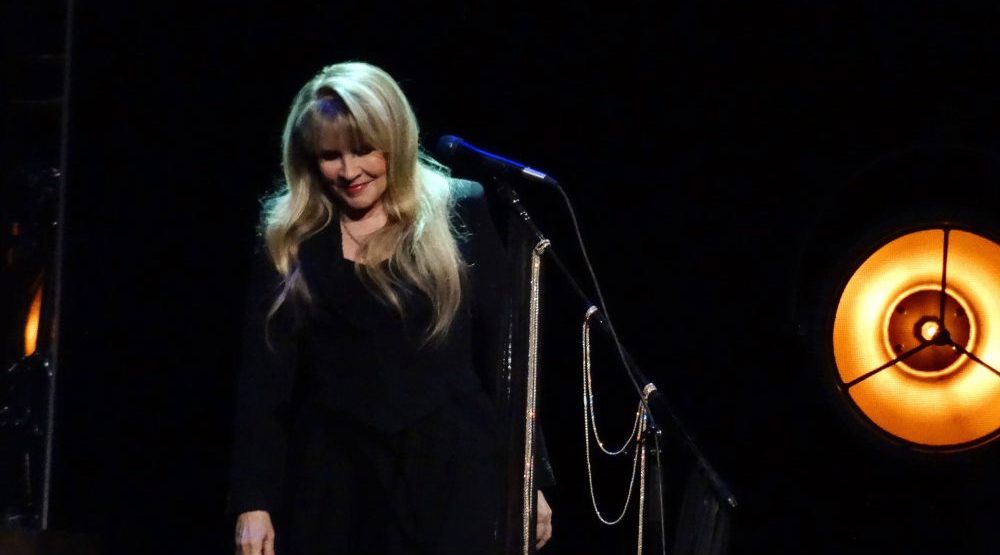 The singer, whose raspy voice and crazy vibrato dominated radio during the second half of the Seventies, recently released 24 Karat Gold: Songs From the Vault, a stunning compilation of shelved demos that spans her five decade-long career. And even though she has a tremendous catalogue of songs to choose from, Nicks kept her canvas relatively small on Friday, mostly concentrating on her work as a solo artist. 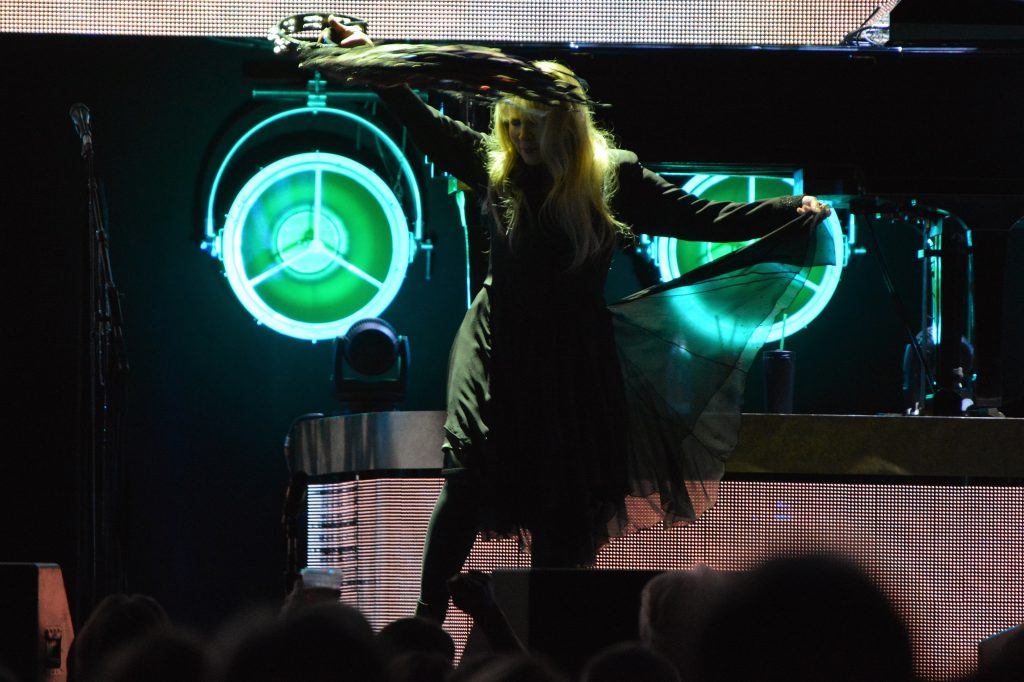 After opening with a lovely take on 1981’s “Gold & Braid”, she warned us that the evening would be unlike any other Stevie Nicks concert we’d previously witnessed. After finishing two back-to-back Fleetwood Mac tours, “I really needed to do something else,” she explained. “I needed to break out.”

So armed with what she called her “dark, mystical, gothic trunk full of songs”, Nicks proceeded to take Vancouver on what she called “a journey…through the snow.” Fans expecting a Fleetwood Mac retrospective were forced to make do with just a handful of Mac tracks (“Gypsy” and “Rhiannon” both made the cut), but the gold dust diva’s repertoire is so huge that it was easy to forgive a setlist omission here and there. 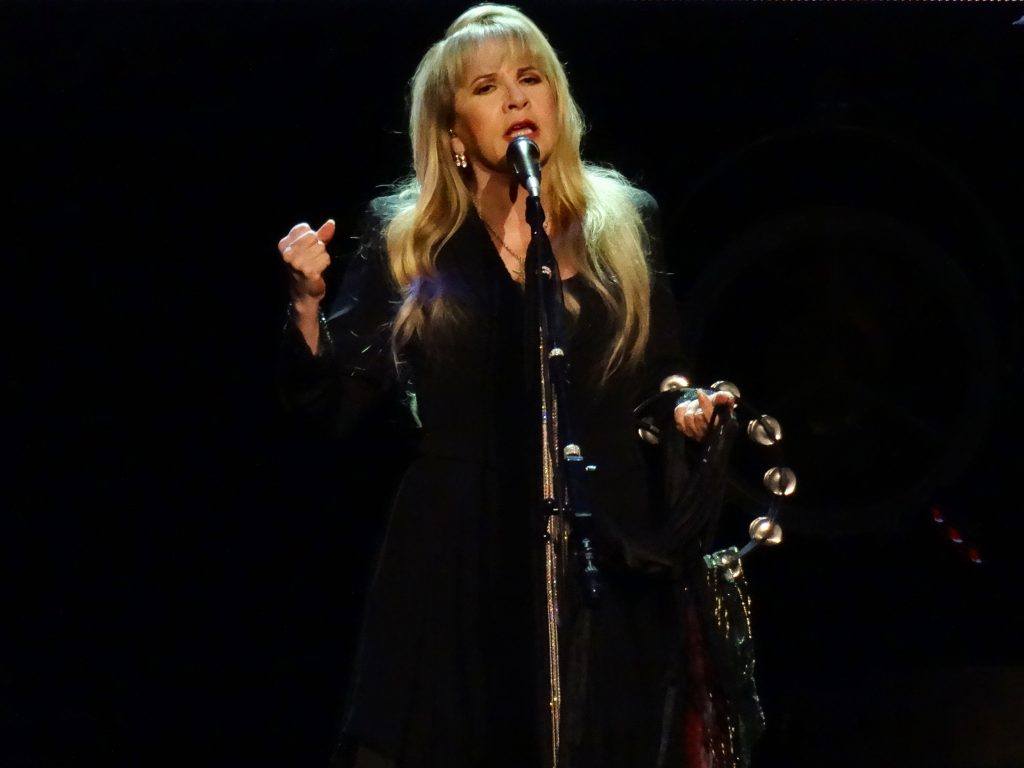 Nicks’ performance was punctuated with lots and lots (and lots) of stories from her storied career. Some of them were fascinating, like how she wrote “Stand Back” as a companion piece to Prince’s “Little Red Corvette” and somehow convinced the Purple One to play most of the instruments on the song. But a lot of Nicks’ schtick fell flat, and one excruciatingly long monologue that involved a pregnancy, a dirt road, and an upright piano sent many fans to the bar for a break.

When it came to the music however, the singer captivated the crowd with her haunting vocals and heartbreaking lyrics. Highlights included “Edge of Seventeen” and encore “Landslide”, and although she doesn’t try to hit high notes of the original composition anymore, her smoky, husky tone nicely complemented the song’s world-weary lyrics. 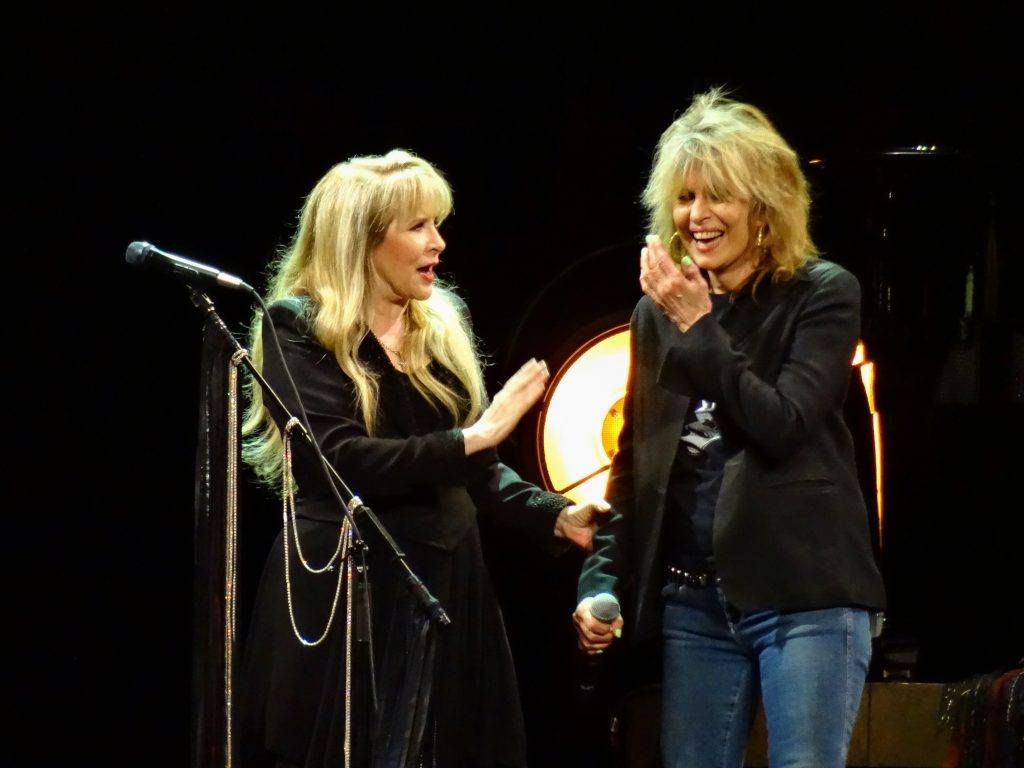 Rock & Roll Hall of Famers The Pretenders opened the show and managed to run through 15 classic hits and album cuts in just under an hour. Fiery frontwoman Chrissie Hynde dedicated her set, which included a kickass version of “Brass In Pocket”, to her friend Nicks and said that performing with her “is like being on tour with Elizabeth Taylor, except she can sing.”

And like her touring buddy, Hynde was also a fan of the Vancity Blizzard of 2017. “My guitar has some cracks in it from the cold weather,” she said. “But I’m glad that it has some scars from Vancouver!” Hynde later surprised fans by joining Nicks onstage for a duet of “Stop Dragging My Heart Around” which probably sounded cool on the tour bus but was a hot mess when we saw it. 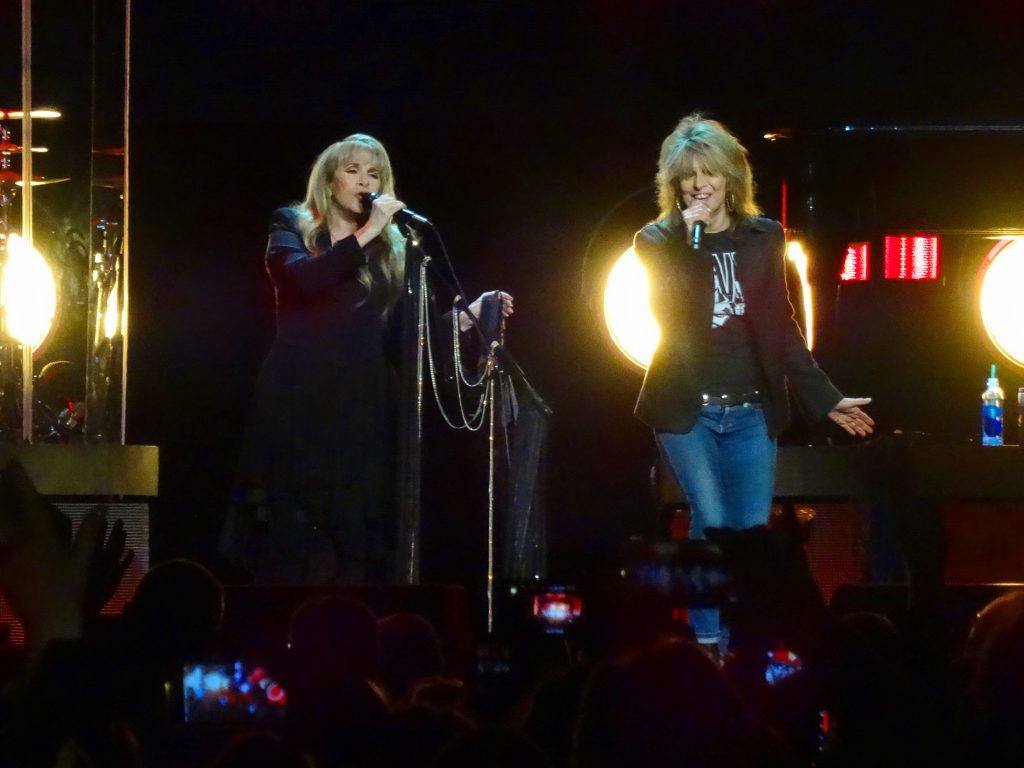 They missed notes, botched lyrics, and broke out into a full-on private conversation mid-song while their backup singers carried on without them. But the Vancouver crowd was so hot and bothered by the sight of two rock goddesses sharing one mic that they turned a blind eye (and a deaf ear) to the shaky performance.